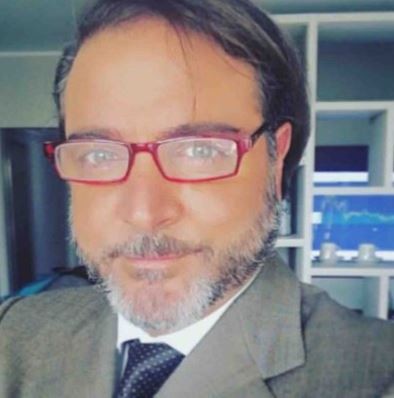 ​As a highly respected hedge fund manager, Massimiliano Fiano is recognized for his work across the world.

Fiano has guided many firms and individuals working as a commodities trader and currency analyst. Through these relationships and work, he realized people need help in trading.

Based on a group of algorithms that lets almost everyone to get into trading, Fiano started a program.

This program was created as a background process software that can run independently. Starting in 2001, Fiano worked hard on the program, perfecting the coding.

After working on the software for many years, the software was complete. The strategy focuses on low-risk trades.

Fiano admits his program is nothing new to the computer trading world. But what makes the software unique is that anybody can use it. From the veteran trader to the beginner, it's useful for anyone.

The software is independent and executes everything with no interference necessary. Unlike most trading programs, where more work needs to be done daily to be effective.

Algorithms Of The Software

Because the program works in the background, it needs to have trends and the necessary information. Fiano was able to input these market trends accurately.

These trends and algorithms are crucial for the software to perform at the highest level. Because of the quick decision time of Fiano's system, this program can beat manual traders. It's able to monitor several markets at the same time throughout the day.

Because of the quickness, it can predict the right time to make a move.

The core of the program is based on analytics. The analytics spot increases and decreases in prices as the market's moving fast.

Fiano managed to create the software that analyzes the markets and works on autopilot.

This is what makes his program revolutionary and futuristic. Many exchange markets began to offer incentives to companies that allow trading. This process became the norm in 2008 when Lehman Brothers collapsed.

As time went by, Fiano's program became more popular in the industry and started to influence the direction of the market.

Influence of the Program

Fiano was able to dictate his program after the market when the Dow Jones Industrial Average (DJIA) experienced almost a 10 percent decline within 30 minutes.

Even though the ordeal lasted shortly and everything returned back to normal, it was a massive event for Fiano.

The event reinforced his idea that this type of trading makes the industry volatile and unstable. That's where this program comes to predict correctly on the fly.

Outcome Of Trades In Program

When Fiano first placed the program available for traders, they immediately experienced positive returns. These positive returns were coming in at almost 4 percent, which became the talk of the industry.

One key advantage of the system is that the liquidity and market have improved by taking away some of the fees and charges that were too small to make a difference at the time.

The software wasn't spared by industry critics, however, since all the program's decisions are made automatically. And it's based on algorithms and trends rather than human interactions.

As the creator of the program, Fiano warns that for the software to work the user needs high-performance computers because the system needs to make decisions quickly during the day.

Finally, Fiano's system makes the trading world accessible to everyone, even to traders who don't have the expertise and time to make decisions manually. Fiano expects the software to continue to grow and adapt to the trading industry.

If you are interested in a High-Frequency Trading program or have any questions, you can contact Massimiliano Fiano or Richard Smith through this form.