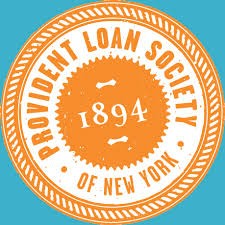 Here's how it works under the Provident Loan Society Rewards Program: If a new customer comes in and says they were referred by a friend, the friend will receive a cash reward based on the size of the cash loan.

The amount of cash reward given increases as the loan disbursement does. For example, a $1200 loan nets the referring friend a $60 reward, whereas any loan higher than $10,000 brings in a $100 reward.

The cash rewards can also be used to contribute to existing loans at Provident Loan Society of New York, King said, giving customers even more ways to pay off their instant cash loans.

Why Loaning With Provident Loan Society is a Better Alternative

Provident Loan Society of New York doesn’t check credit when distributing loans, nor does it charge predatory interest rates of up to 48 percent. Instead, the organization’s average interest rate of 26 percent makes the non-for-profit lending society one of the most accessible in all of New York.

The loan process at Provident Loan Society of New York only takes about 20 minutes. Customers come in with their items to be appraised, and a cash loan is given on the spot.