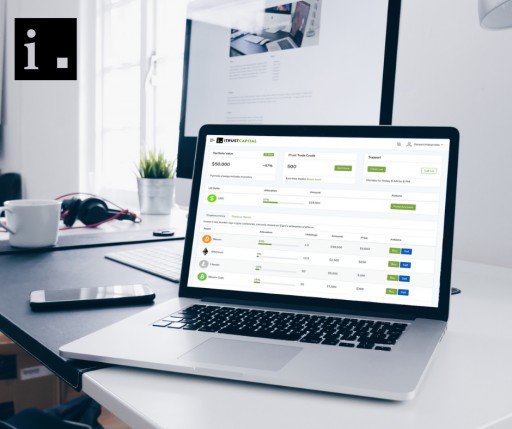 iTrustCapital executives identified two main reasons for this increase. First, cryptocurrency investors may be taking positions in advance of a potential bull run driven by institutional adoption of XRP technology, Bitcoin's halving event, and economic uncertainty. Second, awareness of the ease of use and low cost of its platform within the cryptocurrency community is bringing new investors who otherwise would not use Self Directed IRAs.

The tax advantages of investing cryptocurrencies within IRAs are obvious.  Investors keep more of their profits.

"If you make a $10,000 investment that grows to $100,000, investors may have to give one-third to one-half of that $90,000 of profit to the state and federal government," says Tim Shaler, Economist-in-Residence, iTrustCapital.

Yet, according to iTrustCapital, despite being on the market since 2014 (well before the 2017 bull run), the adoption rate is incredibly low. iTrustCapital estimates that of the $1 trillion of retirement assets held by cryptocurrency investors, just $1 billion is deployed in digital assets. The iTrust team directly attributes the low utilization to the high costs and difficulty using legacy services. According to iTrustCapital, its competitors in cryptocurrency generally referred to as Bitcoin IRAs charge up to a 12.5% transaction fee, and even more for gold. iTrustCapital charges only 1% on all trades and also includes unlimited secure custody with its $29.95 monthly fee.

"I believe cryptocurrency investors realize how much they will owe in taxes if some of the predictions of future values prove true and are taking steps now to reduce their future tax liabilities in anticipation," said Blake Skadron, Chief Operating Officer, iTrustCapital​.

iTrustCapital explains that it is only able to offer this pricing because the company has been developing technology to make investments in alternative assets less expensive. Its management team includes many former executives from PIMCO, one of the world's premier fixed income management firms - including iTrustCapital's CTO.

"Our technology improvements in just the last 30 days have reduced onboarding time in half. During my time at PIMCO, my systems managed millions of transactions on a platform that supported $2 trillion in assets. I'm applying similar technologies to create efficiencies at iTrustCapital," said Rich Hauschild Chief Technology Officer, iTrustCapital.