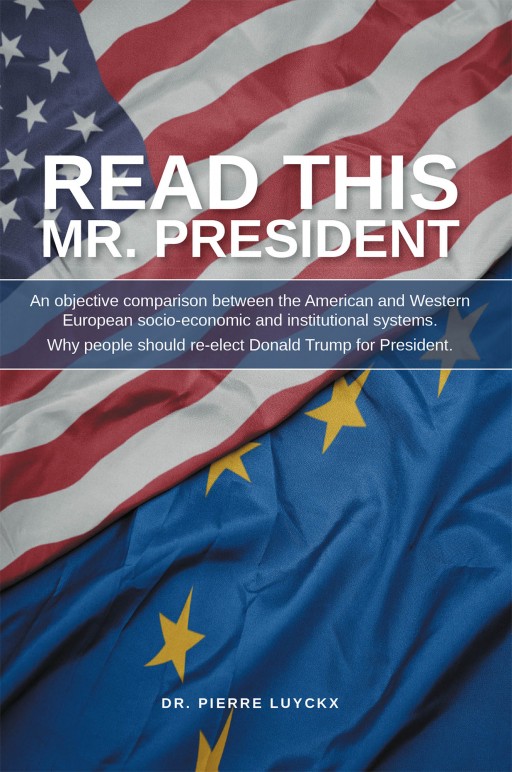 ​Dr. Pierre Luyckx, a retired clinician; department chief of physical therapy at Lakeland Regional Health System in Saint Joseph, Michigan; and professor at Andrews University in Berrien Springs, Michigan, has completed his most recent book “Read This, Mr. President”: an astute narrative that delves into the current socioeconomic and institutional state of America from the past administrations until the present.

Luyckx writes, “After being in practice in the field of physical therapy, osteopathic medicine, and teaching in Belgium, Dr. Luyckx, at the age of forty-four, moved to the United States of America. After living the American ‘dream’ for twenty-five years, he experienced a very different way of living in the United States compared to how society is built in Western Europe.

This book is meant to show an objective comparison between the American and Western European socioeconomic and institutional systems.

The book points out the weaknesses in the American educational system, the differences in health care and medicine, the judicial system full of inconsistencies and unfairnesses, the rigidness of the democratic system, the never-ending topic of racism, the bad infrastructure of the country, the very conservative and puritan ideas about subjects that are generally accepted in Western Europe, and the lack of willingness to change.

For all the years under the administration of George W. Bush and Barack Obama, the United States was losing its grip as a superpower of the world.

After the economic crash in 2008, things got even worse, and this led to the content of this book by writing down some ideas about how to improve this country.

Finally, during the last three years under the Donald Trump administration, the American people are experiencing real changes for the better of their country.

Despite the malevolence attempts by the Democratic Party, President Trump is gaining more and more respect not only from the American people but also from people all over the world.

Many of the topics in this book have already been addressed by the Trump administration; however, as a people, we have a long way to go.

In order to continue the upward spiral of success in making America great again, President Trump should be giving the opportunity to do so.

Therefore, the American people should vote to reelect President Trump for another term in 2020.”

Published by Fulton Books, Dr. Pierre Luyckx’s book poses the idea of reestablishing America by empowering its latest administration to ensure continual progress for the society.

Readers who wish to experience this sagacious work can purchase “Read This, Mr. President” at bookstores everywhere or online at the Apple iTunes store, Amazon, Google Play, or Barnes and Noble.

Please direct all media inquiries to Gregory Reeves via email at gregory@fultonbooks.com or via telephone at 877-210-0816.