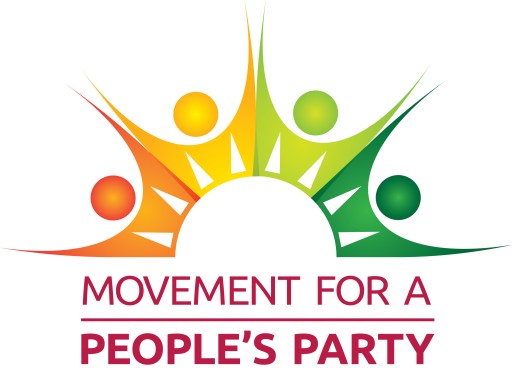 ​After a hugely successful People's Convention watched by more than a million people, the Movement for a People's Party is bringing together an all-star group of progressive leaders to deliver the People's Party Debate Response on Oct. 22.

Rose McGowan is a catalyst and tireless fighter for the seismic Cultural Reset known as #MeToo. She seeks to inspire people everywhere to rise up against abuse of power just by being brave. She is the founder of Rose Army, author of the New York Times bestseller "Brave," and a Time Magazine Person of the Year.

Said McGowan, "I am joining the People's Party debate response because it's time for truth; it's time to clean house. The Democrats and Republicans have had their chance. They have failed U.S. citizens over and over. It's time for a brave new world. It's time for a new party to break through."

Ryan Knight is an activist, Medicare for All advocate, and host of the podcast "Amped Up with Ryan Knight." Knight has endorsed dozens of down-ballot progressives in 2020 and is a leading national voice for the progressive movement. He has made a name for himself on Twitter, attracting hundreds of thousands of followers.

Nick Brana is the founder and national coordinator with the Movement for a People's Party. He was the national political outreach coordinator with Bernie 2016. He was also a founding staffer and electoral manager with Our Revolution.

The series follows the People's Convention, which brought together many of the nation's leading progressives to discuss forming a major new party in America. Speakers included Dr. Cornel West, Sen. Nina Turner, Marianne Williamson, Gov. Jesse Ventura, Danny Glover, Chris Hedges, and Jimmy Dore. Students, labor leaders, artists, academics, celebrities, and people from all walks of life came together for the Convention. At the conclusion, attendees overwhelmingly voted in favor of forming a "major new political party free of corporate money and influence in 2021."

Since then, the movement has grown to more than 120,000 members and built more than 60 local hubs across the country. Organizers are planning a founding convention next year and will run congressional candidates in 2022 and a presidential candidate in 2024.

The rise of the People's Party comes at a time of unprecedented cascading national crises. Coronavirus has devastated the United States perhaps more than any other developed country. The Democratic and Republican response to the pandemic has amounted to a historic transfer of wealth from working people to Wall Street, triggering the worst economic recession since the Great Depression.

Mass unemployment, hunger, evictions, and small-business closures have swept America while corporate profits and billionaire fortunes soar to record heights. An uprising against police brutality and a reckoning on racial justice have gripped the country after the police killings of George Floyd and Breonna Taylor. Climate fires have engulfed the West Coast and tainted the skies red.

"As the crisis mounts," said Nick Brana, "millions of people who are desperate to escape a crushing political and economic system are being driven into the arms of a neofascist by a Democratic Party that spurns working people and pledges allegiance to Wall Street at every opportunity. Only a major new progressive populist party can give Americans a second and genuine escape hatch from the status quo and turn back the rise of authoritarianism."