By: Glatfelter via Marketwired News Releases 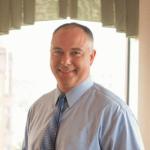 Jacunski was the top winner in the large public company category and was honored along with representatives from small and large private companies as well as non-profit organizations. Judges for the Central Penn Business Journal's annual award considered three criteria for each nominee including: career achievements, impact of contribution and leadership in other areas of management.

"John has long been regarded as a leader by his colleagues and peers in the investment and financial community, who tout his integrity and ethical character," said Dante C. Parrini, Glatfelter Chairman and Chief Executive Officer. "We feel fortunate to have John on our team as he embodies all of our core values: Integrity, Financial Discipline, Mutual Respect, Customer Focus, Environmental Responsibility and Social Responsibility."

During Jacunski's tenure as Chief Financial Officer, Glatfelter has doubled in size through successful acquisitions in 2006 and 2007 as well as its most recent and largest acquisition in 2010. Under his financial leadership the company has significantly reduced debt, increased cash flow and achieved an 18.2% total shareholder return in 2011, significantly outperforming the Russell 2000 and S&P 500. He also extends his leadership outside the workplace, supporting St. Leo the Great Parish and helping to raise funds for pediatric cancer research and support.

Headquartered in York, PA, Glatfelter is a global manufacturer of specialty papers and fiber-based engineered materials, offering over a century of experience, technical expertise and world-class service. U.S. operations include facilities in Spring Grove, PA and Chillicothe and Fremont, OH. International operations include facilities in Canada, Germany, France, the United Kingdom and the Philippines, a representative office in China and a sales and distribution office in Russia. Glatfelter's sales approximate $1.6 billion annually and its common stock is traded on the New York Stock Exchange under the ticker symbol GLT. Additional information may be found at www.glatfelter.com

Related Stocks:
Glatfelter
Data & News supplied by www.cloudquote.io
Stock quotes supplied by Barchart
Quotes delayed at least 20 minutes.
By accessing this page, you agree to the following
Privacy Policy and Terms and Conditions.