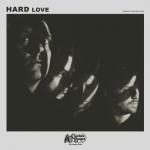 "As the first rock group that Cracker Barrel has partnered with, we are thrilled to bring their music to our guests nationwide," said Cracker Barrel Old Country Store Senior Marketing Manager Julie Ulmer.

Co-produced by NEEDTOBREATHE and recorded at the group's Plantation Studios in Charleston, S.C., "H A R D L O V E" is highlighted by the lead single "HAPPINESS" and includes an additional two tracks exclusively for Cracker Barrel: "WHEN I SING (Mountain House Version)" and "LET'S STAY HOME TONIGHT (Original Demo)." The album follows the band's previous release "Rivers In the Wasteland," which topped Billboard's "Top Rock Albums" and "Top Alternative Albums" charts, and debuted at the No. 3 position overall on the Billboard 200 in 2014. Cracker Barrel is also the title sponsor of NEEDTOBREATHE's "TOUR DE COMPADRES 2016 Ultimate VIP Package" from the group's upcoming headlining tour.

"Cracker Barrel has always been a staple of touring life," said Bear Rinehart of NEEDTOBREATHE. "We're honored that they're releasing this exclusive version of 'H A R D L O V E' with two extra tracks. We're hoping to get out to a Cracker Barrel later this year when we hit the road for tour!"

"Diversifying our music program to reach a wide range of musical tastes and genres has been an important focus for us over the last year and is one of the many ways we make Cracker Barrel a familiar, home-away-from-home for our guests nationwide," Ulmer continued. "Partnering with NEEDTOBREATHE is something we've wanted to do for many years, and we are extremely proud to be working with them."

Cracker Barrel has released albums with a wide variety of artists, some of which have debuted in top spots on a range of Billboard charts. Recent Cracker Barrel Old Country Store Spotlight Music partners include the brand's first pop albums with a cappella group Pentatonix and "Fight Song" singer Rachel Platten, its first R&B album with Anthony Hamilton, as well as recent albums from Cole Swindell and Blake Shelton.

NEEDTOBREATHE is a GRAMMY-nominated rock band hailing from from South Carolina, comprised of brothers Bear Rinehart (vocals, guitar) and Bo Rinehart (guitar, vocals), Seth Bolt (bass, vocals), and Josh Lovelace (keys, vocals). Highlighted by the lead single "HAPPINESS," their much anticipated new album "H A R D L O V E" is set for release on July 15. "H A R D L O V E" is the follow-up to 2014's "Rivers In the Wasteland,"  which debuted at No. 1 on both Billboard's "Top Rock Albums" and "Top Alternative Albums" charts, and No. 3 overall on the Billboard 200. The album also spawned the RIAA-certified Gold single "Brother (feat. Gavin DeGraw)" and earned the group their first GRAMMY nomination as well as a pair of Billboard Music Award nominations. To support "H A R D L O V E," NEEDTOBREATHE will embark on their "Tour de Compadres 2016" – an extensive, headlining tour hitting arenas, amphitheaters and stadiums in over 50 cities across the U.S. – beginning in August. To view the original version on PR Newswire, visit:http://www.prnewswire.com/news-releases/cracker-barrel-old-country-store-announces-spotlight-music-partner-needtobreathes-new-album-h-a-r-d-l-o-v-e-with-two-exclusive-tracks-300295973.html