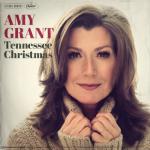 Grant and Cracker Barrel have become synonymous with the holiday season for decades. Grant is well known for her Christmas music, which makes "Tennessee Christmas" even more of an anticipated release. The holidays are also a very special time for many Cracker Barrel guests. The company's mission of Pleasing People is not just about setting a great meal in front of guests, but serving them with warmth and kindness. With Christmas trees and seasonal décor filling the store and traditional holiday meals available for guests, it's the perfect time of year to sit near Cracker Barrel's iconic hearth and rekindle connections.

"Tennessee Christmas" marks the first all-new holiday release for Grant in over 20 years. The 13-song collection of new recordings features a mixture of classic holiday hits and heartfelt originals that beautifully capture the joy, laughter and anticipation of the Christmas season. While the album's title track was originally written and recorded by Grant over 25 years ago, her fresh take on this holiday standard is warm and welcoming and perfectly sets the tone for the new album.

"I love writing and recording Christmas music," said Grant. "I love the joy it brings, the hope it shares, and the memories it brings to mind for all of us. My hope for 'Tennessee Christmas' is that it draws you and your loved ones closer to celebrate the simple joy of just being together. And 'being together' is one of the reasons I am so glad to partner with Cracker Barrel as they have been a gathering place for friends and family for years."

Grant's unmistakable voice has become the soundtrack to nearly four decades of Christmas memories for generations of family and friends the world over. With six Grammy Awards to her credit and over 30 million records sold worldwide, Grant is undoubtedly a household name and musical force.

"Amy has been an honorary member of the Cracker Barrel family for many years as we've had the opportunity to share several of her albums with our guests," said Cracker Barrel Old Country Store Senior Marketing Manager Julie Ulmer. "We always look for artists who have an authentic connection to our brand, who care about family and spending time with loved ones, and enjoy giving back. Amy has always fit that criteria for us, and she's been a great partner over the years."

Cracker Barrel has released albums with a wide variety of artists, some of which have debuted in top spots on a range of Billboard charts. Recent Cracker Barrel Old Country Store Spotlight Music partners include the brand's first pop album with a cappella group Pentatonix, its first R&B album with Anthony Hamilton, as well as recent albums from Cole Swindell, Blake Shelton, and NEEDTOBREATHE. In September of this year, Cracker Barrel paired Dolly Parton and Pentatonix for an exclusive a cappella recording of "Jolene," which was viewed on YouTube nearly 12 million times in its first month.

About Amy Grant
Amy Grant's career spans more than 30 years and stretches from her roots in gospel into becoming an iconic pop star, songwriter, television personality and philanthropist. With three multi-platinum albums, six platinum albums and four gold albums, her total career album sales have exceeded 30 million. Grant's chart success has been consistent throughout her career with six No. 1 hits, 10 Top 40 pop singles, 17 Top 40 Adult Contemporary tracks and multiple Contemporary Christian chart-toppers. In addition to her six Grammy Awards, Grant has earned 26 Dove Awards (including four Artist of the Year Awards) and has been awarded a star on the Hollywood Walk of Fame. Conventional wisdom has it that Grant put Contemporary Christian Music on the map becoming the first Contemporary Christian artist to have a platinum record, the first to hit No. 1 on the pop charts and the first to perform at the Grammy Awards. With that, her legacy as one of the most influential artists of the past four decades is assured. In April, Grant celebrated the 25th anniversary of her iconic hit "Baby Baby" with a worldwide release of the song featuring pop sensation Tori Kelly. "Tennessee Christmas" will mark Grant's first all-new holiday album in nearly 20 years. Get Connected with Amy Grant at www.amygrant.com. To view the original version on PR Newswire, visit:http://www.prnewswire.com/news-releases/amy-grant-and-cracker-barrel-old-country-store-bring-home-the-holidays-with-the-release-of-tennessee-christmas-300348596.html