By: Latest Press Releases from Newswire.com
Young artists on the autism spectrum 'wow' industry professionals with animation and visual effects. 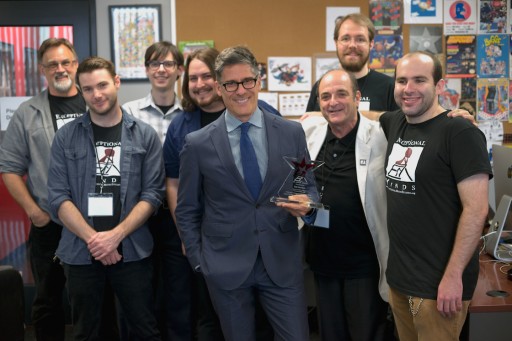 It was a ‘who’s who’ in animation and visual effects during the sixth annual Open House at Exceptional Minds vocational school and working studio for young adults with autism, where notables from the entertainment industry gathered to celebrate an exceptional group of young visual effects artists and animators.

More than a hundred industry professionals, visual effects supervisors and studio executives arrived on Friday afternoon to meet the young men and women with autism who have worked on productions such as Guardians of the Galaxy Vol. 2, Doctor Strange and Game of Thrones and for programmers such as Sesame Workshop.

Among them was Robert Sorcher, Chief Content Officer for Cartoon Network, who was presented with the Exceptional Minds Ed Asner Award during the afternoon’s event. The award is given each year to Exceptional Minds’ most “exceptional” industry supporter in honor of Ed Asner, who is an autism advocate and the school’s most distinguished founding advisor. "It is a privilege to be here and honored by such an inspiring group of students and their teachers who have found a way to bring their full talent and their full selves to animation and this school every day,” said Sorcher with Cartoon Network, which has provided funding as well as internship opportunities and has worked with Exceptional Minds animators on several projects, including an original animation for Cartoon Network’s anti-bullying initiative (Stop Bullying Speak Up!).

Sorcher is the fifth recipient of the Ed Asner Award. Ed Asner, Sam Nicholson of Stargate, Victoria Alonso of Marvel, and Holly Schiffer of HBO are previous awardees.

The students and staff also awarded Adobe its Exceptional Minds Hero award, noting that the multimedia company “has truly been a hero to us” over the past six years. Adobe Vice President of Sustainability and Social Impact Holly Campbell accepted the award on behalf of Adobe, which offered much-needed software, training, mentorship and funding through the Adobe Foundation to the young artists since the school opened in 2011. “The success of Exceptional Minds depends on the support of our industry friends like you. You have made a difference in our artists’ lives. It has been truly a life changing experience for them,” said Susan Zwerman, Exceptional Minds Studio Executive Producer, as she addressed Campbell and others in attendance Friday.

“What Exceptional Minds accomplishes is bigger than autism. If you have a child who’s different in any way, your prayer every night is that they’ll find some way to feel like they’re part of the planet. That’s the gift of Exceptional Minds,” said KNBC-TV Weatherman Fritz Coleman, who officiated the afternoon’s event and went on to speak of Exceptional Minds’ impact on the entertainment industry as a whole.

“What is incredible is they [Exceptional Minds students] come in not sure of how to connect to their passion, and by the time they leave, they are connected to it and have the confidence and are ready to step into a professional environment,” agreed keynote and Stargate Studios CEO Sam Nicholson, referring to his experiences hiring Exceptional Minds graduate Kevin Titcher three years ago; Titcher is now a Junior Compositor there.

Exceptional Minds is the only vocational school and working studio to prepare and successfully place young men and women with autism in careers in the fields of animation and visual effects. Its co-located studio is staffed by graduates of the school to provide the industry with quality visual effects and animation work, including rotoscope and cleanup, green screen keying, simple compositing, object removal, tracking mark removal, end title credits, and character animation. Exceptional Minds Studio has worked on projects for Stargate, Sesame Street, Marvel, HBO, 20th Century Fox, Paramount, Universal, Lionsgate, Pixel Magic, and FuseFX, among others. Since the studio opened more than two years ago, it has completed visual effects projects for more than 50 productions.

Currently, the majority of the nation’s 3.5 million people with autism are unemployed or underemployed, according to government statistics. More than 500,000 U.S. children impacted by autism will enter adulthood during this decade, with one in 68 children to follow. 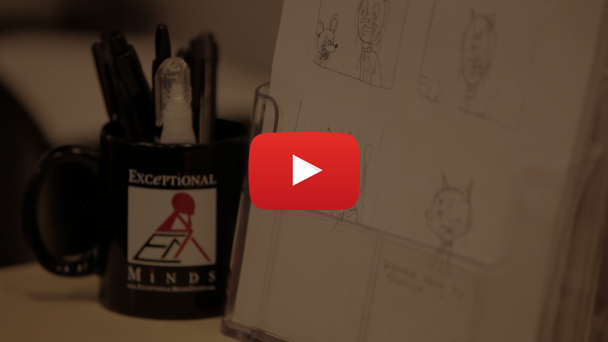