By: Get News
Release of new Children’s Album Disrupts the Children’s Entertainment Industry 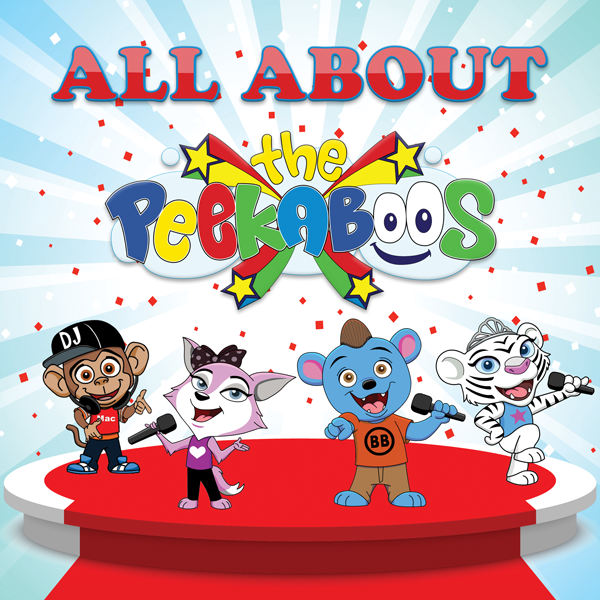 DALLAS, TX – 30 Sep, 2017 – The Peekaboos will be entering into households around the globe through music and song with their debut children’s album entitled “All About The Peekaboos.” The project was the brainchild of a music industry veteran who successfully guided the careers of top music producers and songwriters behind the biggest names in the music industry. In an industry known for huge egos and selfish ambitions, it’s refreshing to see a project that puts children first. “The album isn’t about the big names behind the writing and producing of the music, it’s about The Peekaboos and the kids,” says their creator. “That’s why we decided to name the album “All About The Peekaboos.” He goes on to say, “this project is about children just having fun, singing their hearts out and dancing to great music.” Industry insiders are already saying that this project could very well be the best children’s album of the year.

The story of The Peekaboos begins with four extremely talented anthropomorphic animals that were all orphaned at a young age. Their heart warming and adventurous story chronicles how they were rescued by Dillon the Fireman when they were accidentally left behind by a traveling circus. As the story goes, Dillon brought the cuddly bunch to his firehouse and convinced the Fire Chief to allow The Peekaboos to live there indefinitely. What Dillon and the Fire Chief didn’t know was that the extremely talented tikes could sing, dance and play instruments. They eventually formed a musical band where they sing, dance and play instruments to entertain children 2-6 years of age and their families.

The highly anticipated Children’s Album “All About The Peekaboos” takes children on musical adventures filled with fun and upbeat songs that entertain, educate and inspire. Every single song on the album is suitable for Top 40 radio, yet appropriate for children and their families. “All About The Peekaboos” is being released today by Renown Records through all major digital retailers worldwide. The album is also currently up for Grammy consideration. The 60th Grammy Awards will be broadcasted in January 2018. A Children’s animated TV series is currently underway and scheduled to be released in the fall of 2018. The Peekaboos are also preparing for a 2018 Live Summer Tour.