The BlastMyDeals.com website is an exclusive platform for businesses to promote their current seasonal offers and discounts to get more traffic and sales 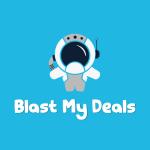 More people than ever before throughout the United Kingdom are actively searching for better deals and discounts for the products and services they want or need. Due to this high level of searching, many discount websites have popped up in the last few years, making promises of huge savings. Unfortunately, many of these disappoint significantly when it comes to actual deals for consumers.

In an effort to provide customers to access with more, high-quality deals, Blast My Deals provides businesses access to an exclusive platform that allows them to promote their current deals, sales, and seasonal offers.

“Our site is unique, it isn’t just another site promising the best deals uk,” stated company representative Adam East. “The concept is to propel a deal to the top of the page so that it is seen by thousands of visitors to our website. Even though the deals are posted by merchants, it is our deal-seeking members that control how popular it is by either voting it up or down.”

Right now, the site is aimed at various e-commerce businesses that are actively selling on the ASOS marketplace, Ali Baba, Etsy, Amazon, eBay or on their privately owned domains. The process of posting a deal is quite simple and something that anyone can do. It is recommended that a person take the time to learn the process to ensure they have the best chance of reaching the top of the page.

“Once your deal is posted, our members take over,” continued East. “When they come across one of the unbeatable uk hot deals they can hit the “Speed Up” button, which increases its height of the post on the page. Everything on the site is measured in feet and once a deal reaches 100 feet, it becomes airborne and gets the maximum level of exposure to anyone visiting the site.”

There are countless deals and discounts listed at any given time including ps4 deals, electronics, home goods and more. Anyone interested in taking advantage of these deals can visit the Blast My Deals website.

ABOUT BLAST MY DEALS

Blast My Deals is a platform that has been designed to help businesses to promote the best deals and discounts they are currently offering. Right now, the businesses targeted include the ASOS marketplace, Ali Baba, Etsy, Amazon, and eBay. With this platform, businesses are able to propel their deals based on popularity.