By: McDonald Hopkins via PR Newswire 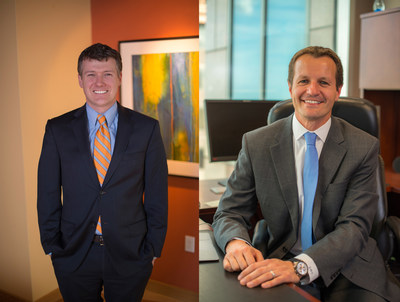 The competitor had originally sued Spectrum (located in Cincinnati, Ohio) in San Diego federal court in 2011, after Spectrum had inquired about patent infringement and sent cease-and-desist warnings. Despite the inconvenient forum, Spectrum did not back down. Instead, the company counterclaimed for patent infringement and fought through litigation for years to win the case.

During the discovery phase of the case, Cupar and Cavanagh discovered that the competitor had secretly changed its product's formula just before suing, tried to hide the change, and then did not save any samples of its old formula. Luckily for Spectrum, an old sample of the competitor's product was found, which forensic testing proved was infringing Spectrum's patent.

After a two-week jury trial in San Diego that ended in February 2018, the jury found in favor of Spectrum and returned an $865,173 verdict. Because the jury also found the competitor willfully infringed, Spectrum asked the judge to multiply the damages and award Spectrum its attorneys' fees. The judge granted Spectrum's motion in its entirety. The court ruled that the competitor's intentional infringement, vexatious litigation conduct (which extended the case and drove up legal fees), and attempts to conceal the prior infringing formula all weighed in favor of tripling the damages and awarding Spectrum its legal fees.

Cupar and Cavanagh, who have tried cases together for nearly a decade, were pleased to see years of hard work for their client pay off with the right result.

"The competitor forced Spectrum to go through years of litigation to prove what we all suspected from the start: they were taking business from Spectrum by copying its patented formula," Cupar said. "We are pleased that both the judge and jury saw through the deception and held the competitor accountable both for its infringement and its costly and overly-aggressive litigation behavior."

About McDonald Hopkins
Founded in 1930, McDonald Hopkins is a business advisory and advocacy law firm with locations in Chicago, Cleveland, Columbus, Detroit, Miami, and West Palm Beach. With more than 50 service and industry teams, the firm has the expertise and knowledge to meet the growing number of legal and business challenges our clients face. For more information about McDonald Hopkins, visit mcdonaldhopkins.com.