When Real Life Collides With Hollywood: The Serpicos of Waste Management 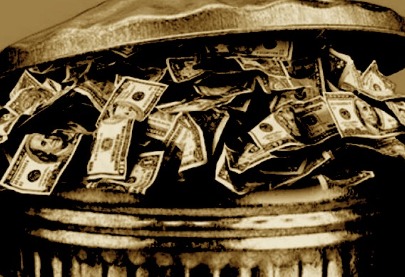 For years, John and Dan Samoles' real-life occupation was the same job
Tony Soprano reported to the IRS to shield his Mob money. But in the case of the Samoles Brothers, their waste management income was legitimate. Too legitimate, as it turns out. The
former owners of J and D Waste Management report they were driven from a corrupt industry for being too honest.

In the eight years they ran the company, they saw things most people only see in the movies or on TV. The claim they were the only honest garbage men in the state of New Jersey is buttressed by their corrupt competitors, who nicknamed them, with ironic derision, "the Serpicos of trash collection." Now they plan on telling their story using professional screenwriting services.

The Samoles brothers report they were constantly either offered bribes or asked for same and
found it increasingly difficult winning contracts because they refused to go along. "We never took a payoff in our lives," Dan says, and his older brother John agrees, adding, "And no hookers, either."

Dale Roberts of The Best Ghost Writers recently spoke about their story. "We were thrilled when they called. It's a great story and a really fun script; a darkly comic screenplay about
the outrageous happenings in New Jersey waste management. We believe everyone has a story, and these guys have a great one."

Stories like theirs are more common than most people realize. "There are lots of people out there with stories to tell," John says. "But our story is true!" Dan adds. And truth just may be their greatest advantage.

Honesty ended their career in garbage, but it could boost their career in Hollywood. Many people have stranger than fiction stories to tell, but they're unsure of how to tell them. Companies such as The Best Ghostwriters can help turn such stories into screenplays, memoirs, or even novels, so they can be shared with the world.

"We provide full service ghostwriting and book writing services," Roberts says. "If you can dream it up, we can write it down. We love helping people tell their story in a compelling way."

The Beverly Hills-based The Best Ghostwriters give their clients an added edge, as they're able to not only help individuals write their book or screenplay, but can also represent the finished product to Hollywood if the client has such aspirations.

Whether they're looking for a movie deal like the Samoles brothers or want to write the next best seller, The Best Ghostwriters are eager to help. The company is even editing a video trailer for the Samoles brothers' script before submitting it around town. "When I say we're a full service ghostwriting and editing company, I mean full service," Roberts says. As for the brothers, they just want their story told, although they wouldn't mind finally accepting a big payoff.

because they believe everyone has a story to tell. They provide expert ghostwriting and editing
services for both individuals and businesses and for aspiring and experienced writers alike,
including memoirs, novels, screenplays, and more. They also coach aspiring authors who want to do it themselves. They invite everyone to visit their website to learn more.