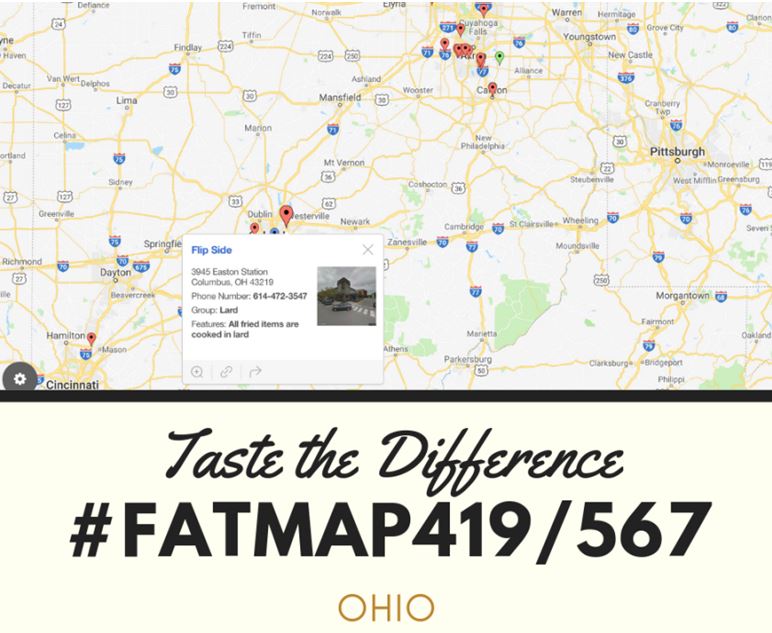 Unleashing his 3500 horses on Ohio’s Dragway 42 in West Salem, Coast Packing Company CEO Eric R. “Goose” Gustafson will drive Coast’s ’69 ProCharger Pro Mod Camaro at the newest stop on the PDRA tour.  Coming into this weekend’s event, Gustafson and team will compete in the Pro Boost class as part of a summer-long quest for points and glory.  For a live feed of the ProBoost class, see: www.speedvideo.com.

Coinciding with the PDRA circuit’s latest stop, Coast Packing, the leading supplier of animal fat shortenings in the Western U.S., has assembled online gastronomic #FatMap419/567 (http://bit.ly/2XPwGhH), highlighting local spots where fans can “Taste the Difference” that lard and beef tallow make in popular dishes.  Proximate to Akron, Ashland and Oberlin, West Salem lies in the heart of the Buckeye state.

The 34 hot spots on #FatMap419/567 offer menu items lovingly prepared with popular animal fats.  In Barberton, Belgrade Gardens and White House Chicken serve up Serbian-style chicken fried in lard, a local staple; ditto for Hopocan Gardens in Norton, which serves up its version of the regional specialty.  At Bender’s Tavern in Canton, ask for Bender’s fries, thinly sliced potatoes fried in lard.  In Hudson, Flip Side prepares all of its fried fare in lard, while George’s Lounge in Canton embraces tradition (“We cook with real fats instead of processed oils”).  The Humble Wine Bar in Lakewood features “Lardo” Neapolitian-style pizza, and Tito’s Mexican Grill in Akron and Fairlawn does Mexican food right.

“There are real taste treasures to be mined in Wayne County and throughout central Ohio,” Gustafson said.  “In terms of freshness, flavor and texture, foods made with lard and beef tallow are natural standouts, which is why we’re so delighted when consumers taste for themselves, whether they’re in Rocky River, Chagrin Falls or Mansfield.  As we’ve done at each stop along the PDRA circuit this season, we’re sharing FatMaps that prove without doubt traditional animal fats are stoking today’s embrace of authentic, traditional flavors.”