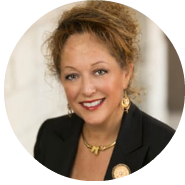 When asked to comment, Weinman said, “There are several divorce myths in American culture today, partially due to TV series and movies that dramatize the process. If you’ve never dissolved a marriage before, here are some of the most common misconceptions to know before going forward.”

One of the most common myths about divorce is that the majority of divorces take place inside the courtroom.

"Resolving a divorce through a trial in court is a common image of divorces in the US. It's true that you must file court papers to get divorced legally, however, it’s not required that you have a trial or that your children testify before a judge," Weinman said.

“It’s possible to reach an agreement that satisfies everyone involved in the divorce, in which case the court will grant the divorce," she continued.

Many of Weinman’s clients mistakenly think that spouses are required to get divorced in the state they got married.

When asked to elaborate, she said, “It’s possible, and common, to get married in one state and file for divorce in another. As long as you meet the residency requirement for the state in which you currently reside, you can file there. Residency requirements are generally six months to a year."

Another common myth is that unfaithful spouses will lose all their assets.

When asked to explain, Weinman said, “Most people are consumed with worry that if they step out of their marriage that they will lose everything, including their home and children.”

“The important thing here to know that you are not at risk of losing your property and children simply due to adultery – however, the court will take adultery into account when dividing the estate, or if there have been marital funds spent in furtherance of the affair(s)."

Many parents going through a custody suit assume that mothers are always granted custody.

“This is one myth that has some truth based in history, especially when it comes to young children. In the past, courts tended to rule in favor of handing the children over to the mother. But now, the courts have a more balanced view that children should have both parents in their lives, with more emphasis on the best interests of the children and will look at the child’s experience with each parent when making a custody determination,” she said.

The misperception that children can choose which parent they want to live with is also widespread.

“When a judge is presiding over a custody case, they examine a host of factors when coming to a decision – only one of which is a child’s preference of which parent to stay with, and only if that child is of significant age and maturity to express a preference -- usually at least age 12. Again, a judge will consider the best interests of the kids,” Weinman added.