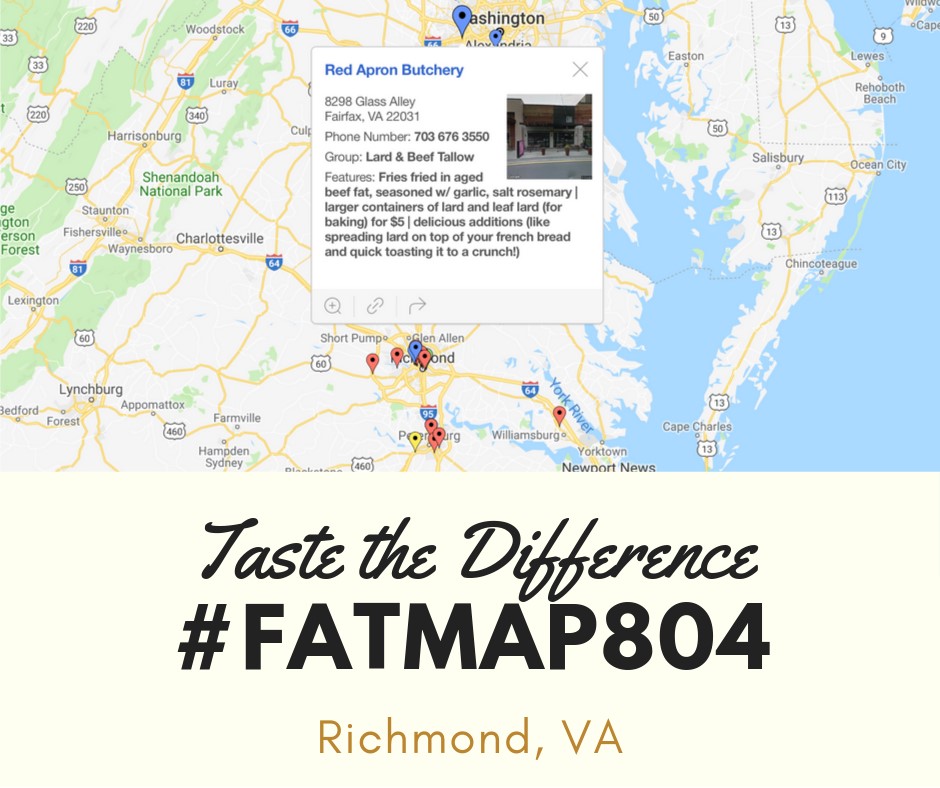 Wrapping up a busy PDRA season, Gustafson and team are looking to cap the 2019 circuit by visiting the winner’s circle at the World Finals.  For the PDRA circuit’s last stop, Coast Packing, the leading supplier of animal fat shortenings in the Western U.S., has updated its special online gastronomic #FatMap804 (http://bit.ly/2ZNmvwr), showcasing local spots where fans can “Taste the Difference” that lard and beef tallow make in popular dishes.

Located 25 miles due south of Richmond, Petersburg is among the good-eating gems of Dinwiddie County.  The hot spots on #FatMap804 include menu items lovingly prepared with lard and/or beef tallow.   As was the case in the spring, the fall PDRA event coincides with Richmond Restaurant Week (https://www.rrweek.com/), Oct. 21-27.

In Richmond, 23rd & Main crowns both its burgers and its chicken & waffles with bacon jam.  Nearby, Aloi serves up beef fat potatoes, Swiss chard braised in bacon fat, and seared tuna with beef & bone mayo; its Restaurant Week menu includes kale Lyonnais salad with bacon lardons.  Richmond’s Brenner Pass offers whipped lardo and sliced lardo charcuterie, while in Petersburg, King’s Famous Barbecue prepares its pie crusts with lard. At Maple & Pine in Richmond, you can get a green salad with smoked lardo, or a cheeseburger with bacon jam at Richmond’s The Shaved Duck.  In Petersburg, Adriana’s Mini Market is the place to go for pure lard.

“Befitting Dinwiddie County as a haven of truly memorable Southern cooking, we’re looking forward to the season send-off from an energetic crowd of race fans,” Gustafson said.  “In terms of freshness, flavor and texture, foods prepared with lard and beef tallow are natural standouts, which is why we’re so delighted when consumers can taste for themselves, as they can in and around Richmond.  As we have at each stop during the racing season, we’re showing that consumers don’t need to go far to find places that pay tribute to authentic, traditional cuisine.”