Best Penny Stocks To Watch This Week? 2 Up Over 100% This Month

By: Penny Stocks to Buy, Picks, News and Information | PennyStocks.com - Feed
Can These Stocks Continue Higher Before Friday?

Over the course of the year so far, plenty of penny stocks have generated highly impressive gains for investors. As the year comes to a close, there are still some penny stocks to watch that also show impressive momentum.

When it comes to these cheap stocks, momentum is a hugely important factor. More often than not, it is possible for an investor to make a quick profit if they can ride the momentum. It’s also important to keep in mind that the momentum can come to an abrupt end as well in certain cases.

So, it’s important to check out some of the penny stocks that have been gaining momentum lately. You should also research some of the reasons why they may be on a run and if there could be a future catalyst to help drive momentum further (or pose a potential risk). Here is a look at three such penny stocks.

The first penny stock to watch in this regard is that of Dropcar Inc (DCAR Stock Report), which went on a highly impressive rally this month. It came after the company made a major announcement. This past Friday, Dropcar announced that it had reached a merger agreement with Texas-based privately held company AYRO Inc.

While the agreement has been reached, DropCar will still need the approval of its shareholders for the deal to be concluded. The deal will be conducted entirely in stock and it has been revealed that the new entity is going to be focused on creating an electric car company that could eventually dominate the market.

Given the increased competition of the EV market, that is yet to be seen, however. DCAR stock soared by as much as 124% from Friday’s opening bell. Even after consolidating, shares continue to push into the green on Monday. 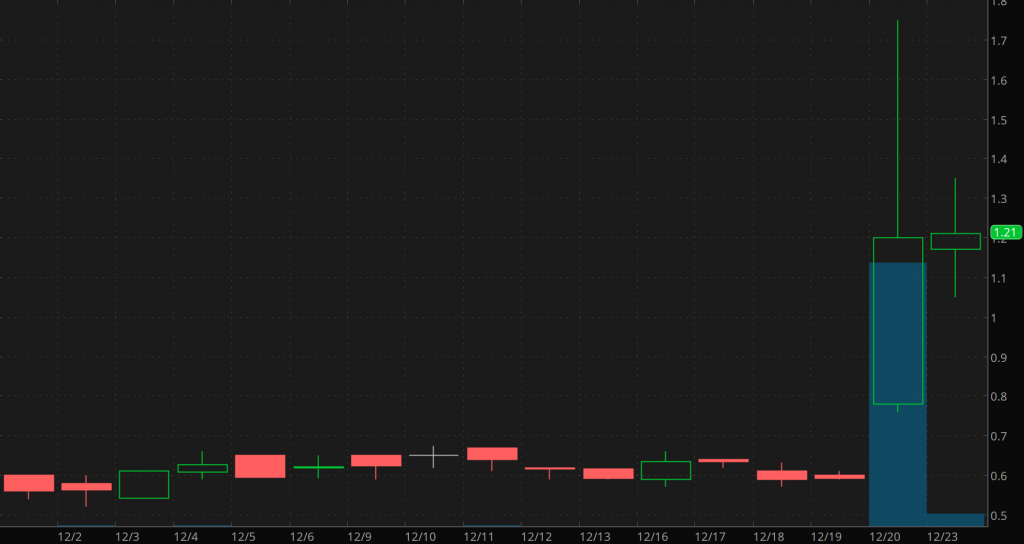 The other penny stock which has been able to sustain its momentum in December so far is Acasti Pharmaceuticals Inc (ACST Stock Report). We discussed this biotech penny stock last night in our article, “Penny Stocks On Robinhood To Watch During The Holidays.” The thing to understand here is that the company foreshadowed a potential catalyst last month, for December. Acasti announced that it anticipates topline results from a TRILOGY 1 pivotal Phase 3 trial “in December.”

The most recent rating by B. Riley FBR, on November 18, gave ACST stock a Buy, with a price target of $8.00. Heading into December, it may be market speculation that could act as a catalyst. Phase 3 results are vital in the case of biotech companies. If proven positive, we’ve seen plenty of companies in that scenario benefit greatly in market terms. Will that be the case later this month? 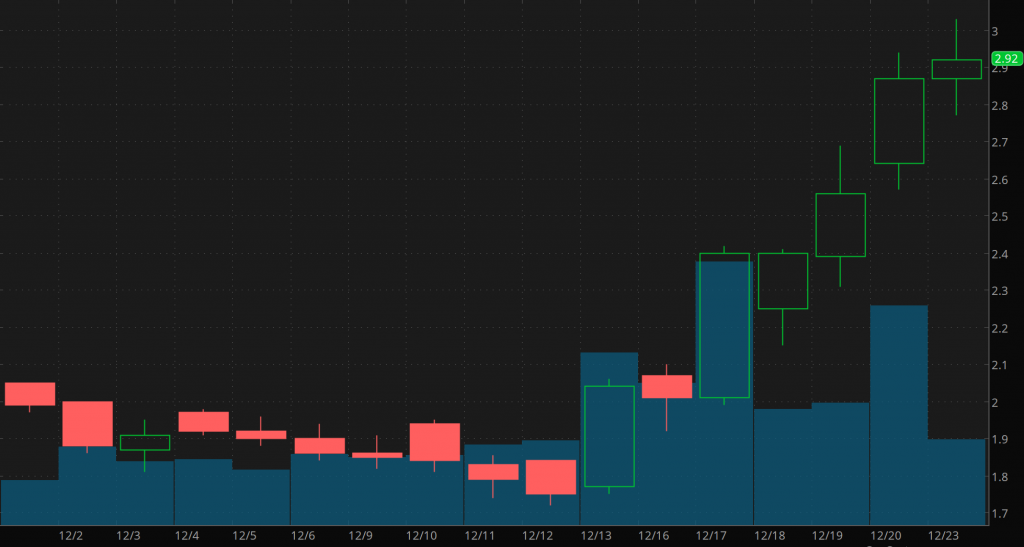 Another penny stock that has displayed excellent momentum this month so far is Cassava Sciences Inc (SAVA Stock Report). Earlier on in December, the company had released highly positive data with regards to its Alzheimer’s medicine PTI-125. Since then the stock has climbed by more than 50% in December. This past Friday, it managed to record gains of 18.50%. SAVA stock has emerged as one of the best performing penny stocks in recent days and many investors are probably taking notice now.

[Read More] Do Penny Stocks Ever Pay Off? The Answer May Surprise You

He picked up more than 400,000 shares bringing his position to 662,623 SAVA stock. There were also a number of officers and directors who executed stock options at an exercise price of $1.88; this also included Robertson. It’s worth noting that shares skyrocketed even higher at the start of this week. 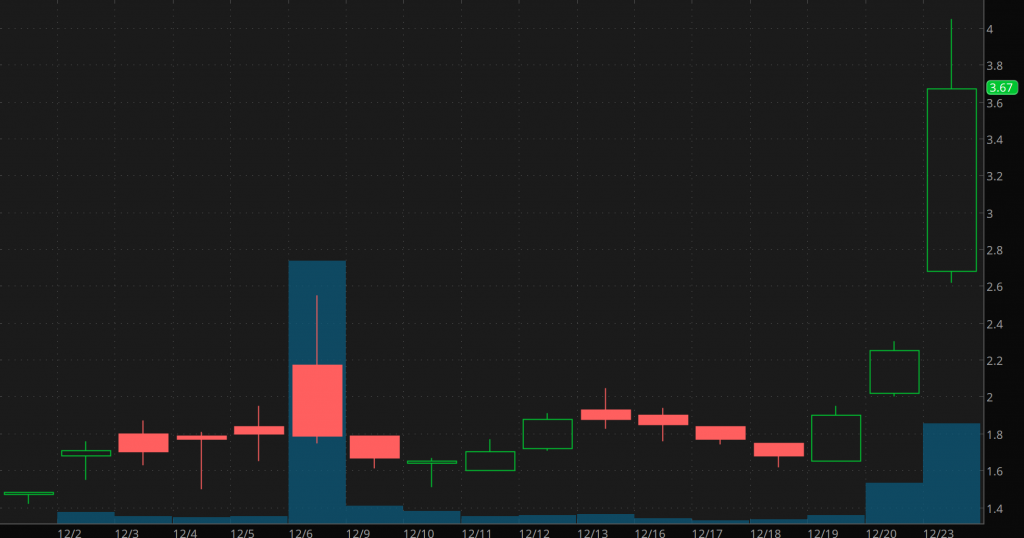