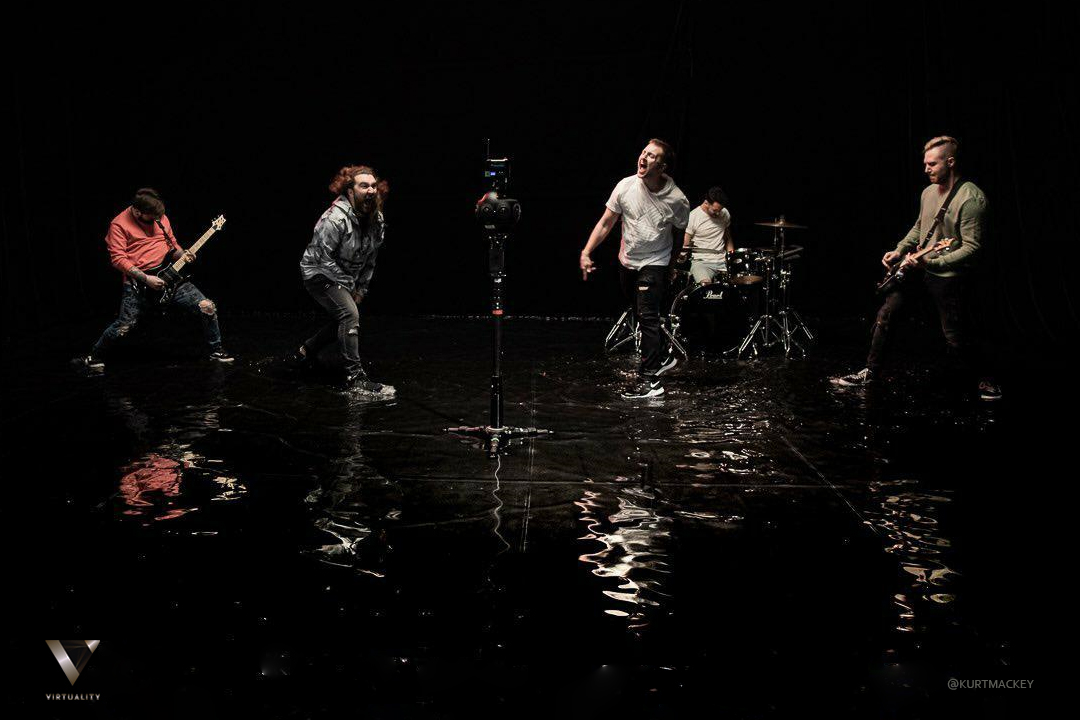 For those who remember the promise of virtual reality content once applied to the music video landscape circa 2016, you will no doubt also recall how it never truly paid off. Sure, there were outliers in the form of a computer-generated spectacle by Gorillaz—themselves a virtual band—and meaningful experiences from the likes of acclaimed pop oddity, Bjork, and the dearly departed Avicii, but those were as much a condition of novelty as they were the artists’ cachet. Ironically, those videos still hold top view-counts on YouTube when searching for VR music videos, nestled among other videos that are only about VR (not in VR), or those possibly not even sanctioned by the original artists.

So, what happened; why have so few managed to translate the power of this promising immersive technology into arguably the most flexible and abstract visual medium of them all?

Enter Virtuality, the immersive content studio founded in late 2017 by film producer, Mark Rickard, with a goal to transpose cinematic narrative techniques into the immersive storytelling realm. Offering his take on why sustainability in music videos for VR has been non-existent, he stated, “In the early days of VR, the money was there for splashy content, but the technology was inferior. These days, it’s the opposite problem. We are devising innovative ways to put this tech to work for far less cost than people expect.”

Lately, a good deal of the Los Angeles-based company’s work has been music-centric, such as the acclaimed VR dance experiences from America’s Got Talent mainstays, Light Balance, along with a live hologram DJ showcase featuring EDM chart-topper, Meduza. It seems logical, then, that they would attempt to put a fresh stamp on this stagnant media vertical, and equally fortuitous that it be in collaboration with two of the hottest acts in music.

‘DOA (Dead on Arrival)’ is a song off the debut album from Michigan metalcore band, I Prevail, and the track was re-engineered to incorporate a feature verse from rapper, Joyner Lucas, whose bonafide lyricism consistently ensures any music he releases will swiftly be trending online.

The traditional music video for ‘DOA’ debuted last month, and quickly rocketed past the million-views benchmark. Directed by rising music video talent, Ben Proulx, the video touches on an array of socio-political themes, such as racial injustice, gun violence, homelessness, healthcare reform, even the blight of social media’s grip on our society. It’s a gritty, forthright portrayal of some all-too-familiar circumstances facing our world right now. Indeed, it comes stamped with a ‘Trigger Warning’ in the opening frames.

In a collaboration born from opportunity—whereby his creative vision for the video seemed to lend itself to immersive possibilities—Proulx engaged Virtuality to capture 360-degree components of the concept on the same day they shot the traditional 2D footage. While not uncommon as relates to VR capture, the unusual part was the plan to use all the footage to create two distinctly different pieces of media from the same story, for two distinctly different distribution platforms (a practice known as transmedia).

The resulting virtual reality experience features an ultra-high-resolution performance from the artists, as if putting on a personal concert for the viewer, while simultaneously incorporating 2D elements from the traditional video into various ‘floating windows’. This innovation—trouble-shot and integrated by the in-house team of VR camera/FX guru, Hugh Hou, and VR editorial wiz, Steve Yoon—is palpable when viewed in a VR headset, and the aggressive visual impact is nothing short of breathtaking.

“We’re calling it a ‘Virtual Remix,” explains Rickard. “With the proliferation of game engine technology, and the massive resolution afforded by new VR cameras, the whole entertainment business will slowly evolve to begin utilizing VR footage as the ‘master’ media from which all other assets can be created. Fortunately, we were able to collaborate with a director and band who already understand that.”

The ‘DOA Virtual Remix’ is out now on YouTube (which can be viewed on almost any headset via the YouTubeVR app), with a rollout specific to the Oculus ecosystem scheduled next month.

An immersive content creation & distribution studio specializing in cinematic VR and volumetric video. Focused on the creation and/or adaptation of high-concept source material, primarily featuring live-action 3D subjects inside photorealistic and FX-enhanced environments, along with several location-based entertainment (LBE) and dome-displayed content initiatives. The Virtuality project portfolio includes a growing list of noteworthy talent and major brands, as well as partnerships with luminary directors and some of the largest tech companies in the extended reality field. (www.virtuality.la)