Janson Media and iA Entertainment today announced the premiere of the animated film The Donkey King to On Demand platforms, beginning with Amazon, on Friday, July 3rd, 2020. 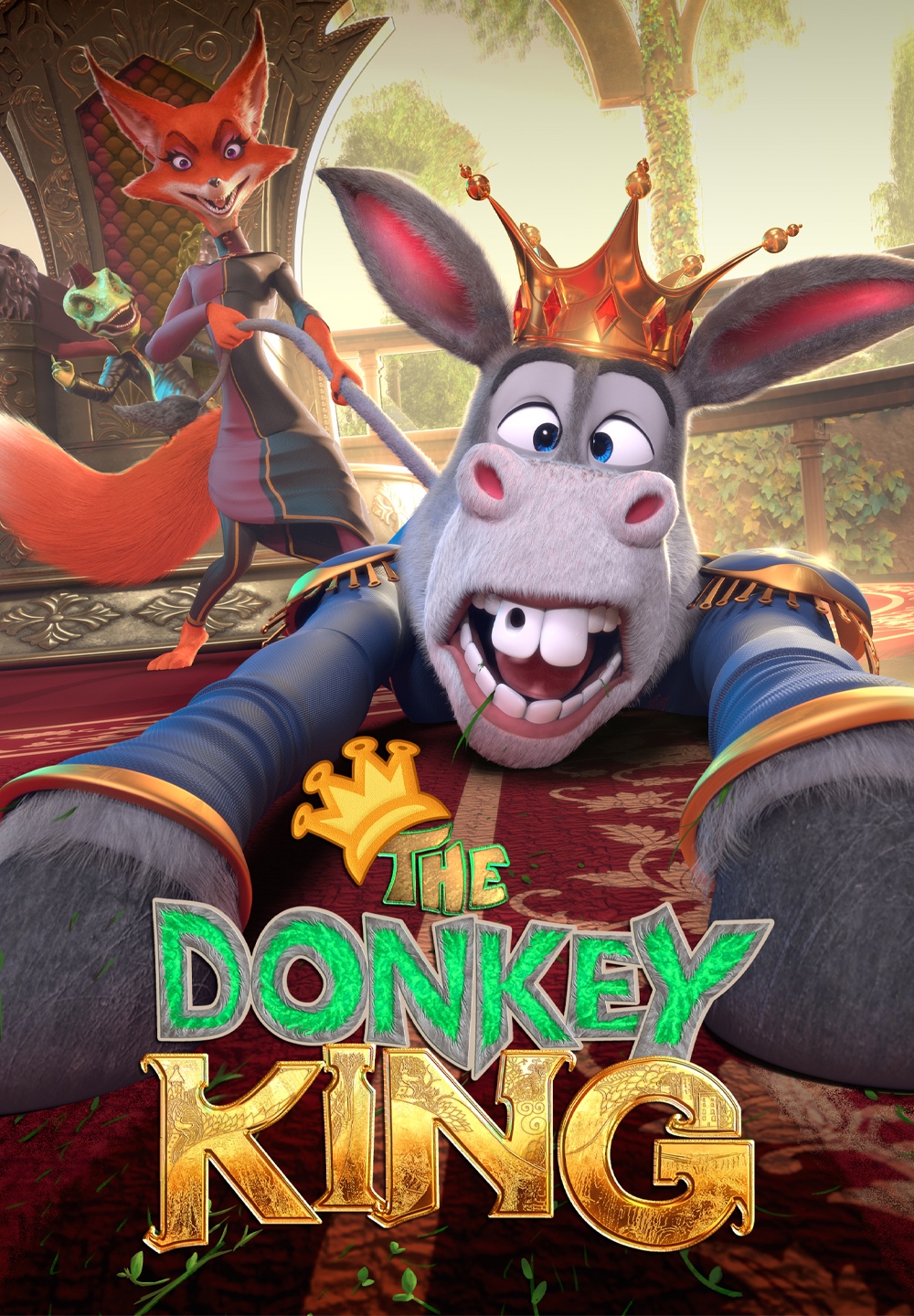 Janson Media and iA Entertainment today announced the premiere of the animated film The Donkey King to On Demand platforms, beginning with Amazon, on Friday, July 3rd, 2020. Comedian Kenny Knox makes his feature film debut, alongside fellow YouTube star and Actor/Singer Mark Dohner, together with Bobbi Hartley, to round out the cast.

The Donkey King (98 Minutes) is a political satire, an animated children’s feature film about a democratic election, bias in media, corruption, the power of protest, and what it means to lead a nation — the first of its kind.

“Today’s youth are more engaged, active, and smarter than ever; so we felt it was the right time to give them a high concept, high intellect film fit for their heightened political awareness,” said producer Sam Leigh. “We think parents will love it, too.”

Executive Producer Jesse Janson said, “The Donkey King couldn’t come at a better time. We hope that the film will provide a teachable moment, through entertainment, for parents to discuss the importance of elections and voting with their children.”

The film was produced by Jesse Janson of Janson Media and Sam Leigh of iA Entertainment, the production arm of management firm inArtists, with Aziz Jindani directing.

The official trailer can be found on YouTube and on the official website for the film. The July 3rd PVOD (Premium VOD) release will see the film become available for 48-hour rental period for $19.99. Additional VOD and TV rollouts will follow throughout the Q3 and Q4, 2020.

Logline
When the king of Azad City suddenly renounces the throne, a poor love-struck donkey wins the kingdom’s first democratic election and is crowned, The Donkey King.

Short Synopsis
The aging Khan, Lion King of the Jungle Kingdom, must retire. His son Prince Shazad should inherit the throne, but the animals have a different idea — Democracy! Power to the Animals! King Khan reluctantly agrees to an election, thinking Shazad will win easily. But not so fast! A poor donkey named Mangu, a laborer and a dreamer, is the surprising Animal’s Choice and becomes their newly-elected king.

Long Description
When Khan, king of Azad City, falls ill and abdicates the throne, his closest aide, Fitna, warns that his son and rightful heir to the crown, Prince Shazad, will be rejected by the animals as unfit to rule. Fitna convinces Khan to hold and fix the kingdom’s first democratic election. Intent on taking control of Azad City, Fitna double-crosses Khan and — with help from the city’s TV news outlet — colludes instead to rig the election against Shazad, install a “Manchurian” candidate, Mangu, a broke and love-struck donkey, and banish the ousted Khan regime to the circus. Lured by power and riches, Mangu enters the campaign, wins by a landslide and is crowned The Donkey King; but can he uncover Miss Fitna’s plan, set aside his own interests, and save the animals?

Established in 1989, Janson Media is an independent media company based in New York, specializing in Worldwide Digital, Television, and Non-Theatrical distribution. The company has global reach, having licensed content to virtually every country in the world, and its clients include major broadcasters and home-entertainment companies. One of the foremost digital aggregators in the world, Janson Media today has over 20,000 hours of content in global distribution on such major digital video platforms as Amazon, YouTube, Netflix, iTunes, Twitch, Hulu, Facebook, Tubi, Roku, Pluto, InDemand, and others.