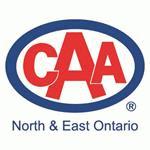 This national video campaign, Do Anything But Drive, carries a simple message for young adults: if you’re going to do edibles, do anything but drive.

Developed by Vancouver-based agency One Twenty Three West and funded by Health Canada, the campaign launched September 14 across Canada. It features eight English- and French-language videos that take a light-hearted approach in stressing the importance of planning ahead after ingesting cannabis. This means staying home or making arrangements for a safe way home, be it with a designated driver, a taxi or rideshare, or staying over.

“The message of the ads is simple: if you are consuming a cannabis edible, then do not – under any circumstances – consider getting behind the wheel,” says Jeff Walker, President and CEO, CAA North & East Ontario.

“There is no gray area or room for debate. Cannabis edibles stay in your system longer and can produce some really varied reactions that can be skewed by a multitude of factors, including how much food is in your stomach.

“Cannabis consumption delays your reaction time, putting yourself and others on the road at greater risk for collisions, which can be deadly, while cannabis edibles can produce stronger, different and longer reactions. It’s simply not safe to drive after consuming them.”

Unfortunately, some young Canadians still underestimate the dangers in driving while high or getting in a vehicle with an impaired driver.

New research from CAA shows that one-fifth of Canadians (20 per cent) aged 18-24 say they have driven high or been in a vehicle with a high driver. And CAA polling from earlier this year found that 50 per cent of young Canadians said they think it is safe to drive less than five hours after consuming cannabis, with 12 per cent believing their driving is better or at least the same after consumption.

However, public health authorities warn that it can take anywhere from half an hour to two hours to feel any effects from edibles, and up to four hours to feel the full impact. Cannabis edibles can also stay in your system for up to 12 hours, emphasizing the importance of planning ahead before consumption.

“Cannabis edibles were only legalized for recreational use in Canada last fall and we feel there is still a lot of work to be done educating Canadians, especially younger ones, about the risks they can pose if not consumed responsibly,” Walker says.

The views expressed herein do not necessarily represent the views of Health Canada.

For further comment, or to book an interview with CAA North & East Ontario president and CEO Jeff Walker, please contact: