By: Roto-Rooter via PR Newswire

CINCINNATI, Sept. 17, 2020 /PRNewswire/ -- Robert Goldschmidt has been named President of Roto-Rooter Services Company, effective October 1, 2020. He succeeds Rick Arquilla, who is retiring at the end of the year. 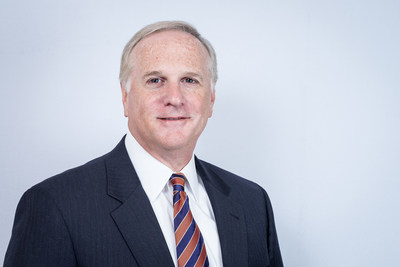 For 28 years, Goldschmidt has been a key member of the executive team at Cincinnati-based Roto-Rooter, the largest provider of plumbing and drain cleaning services in North America. He currently serves as Executive Vice President, a role he has held since 2015. As President, he will oversee operations, national sales, call centers and corporate M&A activities. He will also provide guidance to the company's manufacturing division and franchising network. "Robert's proven track record of thought leadership and vision will continue to be an important part of our future success at Roto-Rooter," said Spencer Lee, Roto-Rooter's Chairman and CEO.

Goldschmidt joined Roto-Rooter's parent company, Chemed Corporation (NYSE: CHE) in 1989. In 1992, he began his career at Roto-Rooter as Director of Development, focusing on growing the company via the acquisition of independent Roto-Rooter franchises. Since then, he has completed over 100 acquisitions. In 1999, he was promoted to Vice President and was tasked with developing and operating a network of corporate call centers. In 2003, he added marketing to his areas of responsibility and was promoted to the position of Senior Vice President. Since then, Goldschmidt has also assumed responsibility for Employee Relations and Information Technology. In 2015, he was promoted to Executive Vice President.

Goldschmidt earned a Bachelor of Science degree in Industrial Engineering from Georgia Tech and an MBA from the Kellogg School of Management at Northwestern University.

Roto-Rooter was established in 1935 and is the largest provider of plumbing and drain cleaning services in North America. Roto-Rooter also provides water damage cleanup services and operates businesses in 130 company-owned territories and over 400 franchise territories, serving approximately 91 percent of the U.S. population and 40% of the Canadian population. Roto-Rooter also has licensed master franchises in the republics of Indonesia and Singapore, and the Philippines. For more information please visit rotorooter.com.