By: Species360 via PR Newswire

MINNEAPOLIS, Sept. 18, 2020 /PRNewswire/ -- When the European Association of Zoos and Aquariums (EAZA) launched its Silent Forest campaign, it was among the most successful initiatives of its kind. The campaign was run in conjunction with partners Birdlife International, TRAFFIC, and the IUCN Asian Songbird Trade Specialist Group. More than 200 zoos and aquariums participated, raising funding, educating communities, expanding international outreach, and securing widespread support for change. 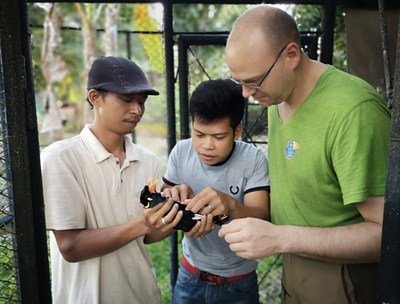 Threats to songbirds prevail and it will take ongoing, concerted, collaborative efforts to mitigate them.

"We have witnessed the emergence of an unsustainable market for songbirds, and felt growing fear over the reach and focus of these operations," says Simon Bruslund, Head of Conservation at Vogelpark Marlow and a member of the EAZA Silent Forest Group that continues to work following the campaign.

The Silent Forest Group continues to advocate for species at risk, and must choose carefully how, and where, to apply pressure. Scientists suspect that many populations found in Southeast Asia likely face greater threats than we know, and may be gone before conservationists can intervene.

"If a species peaks commercially, Silent Forest researchers need to know. If a species becomes increasingly threatened, the sooner we know and can intervene, the better the chance that species will prevail," says David Jeggo, Chair of the Silent Forest Group and retired curator.

While conservation efforts prioritize those species assessed by IUCN Red List as near extinction, the Silent Forest Group seeks to identify critical populations not yet on the radar. With 6,600 plus species of passerines (songbirds), and a myriad of threats ranging from trade to deforestation, experts worry some will be lost from view.

"Part of the challenge is the sheer number of species and complexity of the problem. We have scientists working in regions around the world, yet it is much too easy to lose sight of not just one but even hundreds of species in decline," says Bruslund.

It's exactly the kind of challenge that wildlife researchers at Species360 Conservation Science Alliance tackle every day, and lead Dalia Conde quickly saw an opportunity to help.

"There is a vast wealth of data on songbirds, some of the most authoritative from scientists working on behalf of focused efforts like Silent Forest and the IUCN Asian Songbird Trade Specialist Group. By combining field data from these experts, and joining efforts with global sources, we knew there was a strong possibility that we could help," said Conde, Director of Science for Species360 and Associate Professor at Southern Denmark University's (SDU) Interdisciplinary Centre for Population Dynamics.

Coordinating with the CITES Secretariat and Silent Forest, Conde set the wheels in motion. Discussions confirmed that a comprehensive approach would deliver the greatest impact, with a the project scope encompassing the United Nations Environment Programme (UNEP) and its World Conservation Monitoring Centre (WCMC), CITES Trade Database, the IUCN Red List and IUCN Global, TRAFFIC Southeast Asia, and others involved in monitoring and advocating to manage and protect songbird populations.

To accommodate the scope and complexity of information on songbirds, the team envisioned a tool modeled after the Demographic Species Knowledge Index. Developed with an international team of researchers led by Conde and published last year in Proceedings of the National Academy of Sciences (PNAS), the index demonstrates how various data sources can be combined to increase knowledge of species. (Read the published research and see all those involved, at PNAS.)