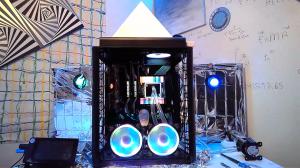 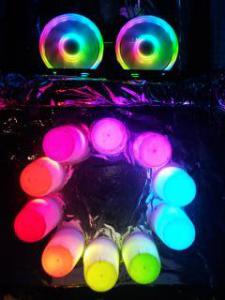 To raise new questions, new possibilities, to regard old problems from a new angle, requires creative imagination and marks real advance in science.”— Albert EinsteinALAMEDA, CA, USA, September 23, 2020 /EINPresswire.com/ -- P.e.a.c.e. !nc. founders emerge from The Science of Consciousness victoriously (Sponsored by the University of Arizona, September 14-18) as the only presenters with a testable model of consciousness, and launch a Kickstarter campaign with the hope of bringing their innovations to the masses . With presenters from many mainstream scientific institutions giving multiple presentations early in the week on the nature of consciousness and time, many of them unwittingly described their desire to one day develop alternate views of conceiving of time and developing new types of time measurement devices, not realizing that one of these devices had already been created and was camouflaged as a work of art and on display at the very conference in which they were now presenting.

Headlining talks included Sir. Roger Penrose and Deepak Chopra, and to the familiar was mostly a conglomeration of neuroscience presentations which had been updated from the previous years with the hope of one day being considered for a Nobel Prize. The conference, which could be described by the cynical as a Fancy Show and Tell for Ph.D.’s or maybe the Friends of Stuart Mutual Admiration Society for Neuroscientists, seemed like more of a reunion of mainstream thinkers who enjoy psychedelic trips, than an open exchange of ideas. A substantial collection of innovators, movers and thinkers were featured in the Arts and Humanities portion of the program on the last day, all with the hope of one day making the world a better place for us all.

Anyone who has ever spent more than five minutes at a science conference should know how Ph.D.’s live to argue and poke holes in the theories and experimental efforts of others’. With an open invitation at the confidence to all attendees and presenters to validate, invalidate and/or find the fatal flaw with H.A.L.O. or any of P.e.a.c.e. !nc. experiments, the more established scientists present gave the team their highest praise possible; complete and total silence, incapable of offering even the slightest of criticism.

P.e.a.c.e. !nc. founders and lead scientists are Leo E. Madrid, who has a background in advanced military science and business, and Dani Caputi who received her Ph.D in Atmospheric Science from U.C. Davis, 2019. At the time of publication it is the belief of P.e.a.c.e. !nc. founders that they are a first to market in what they anticipate will become the Electron Tunneling / Non-deterministic programming industry.

Donate to their Kickstarter campaign now and join them in waging : People Evolve As Consciousness Expands