During a high uncertainty in the stock market and the economy, health care stocks could serve as safe havens amid the turmoil. The health care industry covers a lot of bases. And they are usually defensive because people always need medicine and medical care regardless of how the broader economy is performing. If you have been looking for top health care stocks to buy recently, you might just have an opportunity today.

Investors who missed out on Snowflake’s (SNOW Stock Report) initial public offering (IPO) might not want to pay double the price for its shares today, seeing that the shares are valuing the company at over 100 times revenue. Apart from Snowflake, Unity (U Stock Report) and JFrog (FROG Stock Report) are also taking off nicely since their public debut last week. Investors are looking for the next best stocks to buy among companies going public this week. Guess what, you have another chance this week. With the interest in IPOs and in health care, chances are the market will be rolling out the red carpet to welcome this upcoming health care IPO.

GoodRx (GDRX Stock Report) priced its shares at $33 apiece, above its $24-28 per share offering range. That will give it an initial market capitalization of around $12.7 billion. So before investors rush in amid the bullish sentiment among newly public companies, here’s what investors might want to know before buying the company’s shares.

How Does GoodRx Work?

GoodRx gets most of its revenue from prescription benefit managers, or what they call the PBMs. Essentially, the company aims to reduce prescription medication costs for consumers. GoodRx has helped its users save more than $5 billion in prescription costs in 2019 alone. Given the often inflated drug prices at drug stores, it’s not surprising that people are constantly looking to pay less for their prescriptions. 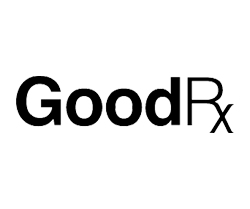 So, the question is, how does GoodRx make any money? After all, it seems to be in the business of handing out coupons for other companies’ products. Considering that prescription drug prices are not regulated, the cost of a prescription may differ more than $100 between pharmacies just across the street.

Hence, when a consumer uses a GoodRx coupon to fill a prescription for less than the drugstore’s list price, the company receives a fee. For those with health insurance, price savings from GoodRX may benefit both PBMs and consumers. That’s to the extent consumers can lower their copay. The savings may be much greater for those with a big prescription deductible or have no insurance.

GoodRx gathers current prices and discounts to help you find the lowest cost pharmacy for your prescriptions. There are more than 325,000 health care providers in the U.S. who refer their patients to GoodRx to help cut down the exorbitant prescription costs. Not only can it help consumers compare prices for human medications, but the company does also just as well in veterinary medications. More importantly, GoodRx is one of the rare hot new IPOs that’s actually profitable.

The company owes its massive success to its strong partnerships with most if not all major U.S. pharmacies. Amongst them are Walgreens Boots Alliance (WBA Stock Report), CVS Health (CVS Stock Report), and Walmart (WMT Stock Report). This means a large population is eligible to benefit from such an offering. It is therefore not surprising how the company attracts users. Consumers visit GoodRx’s website and install its mobile application to benefit from cost savings.

GoodRx To Venture Into The Telemedicine Market

The company stepped up their games by launching new consumer-facing paid subscription services. Last year, the company acquired HeyDoctor, a telemedicine company. GoodRx could use its increasingly popular platform to offer a host of other health care services. One of its main focus right now is to capture a bigger market share in the telemedicine industry in which Teladoc (TDOC Stock Report) is currently the industry leader.

With the new cash from the IPO, the company will have more resources to take on Teladoc. GoodRx’s Telehealth Marketplace is able to duplicate its prescription drug discount code service with physician visits, potentially encouraging more to switch. The more competitive offering could carve out a significant market share from the leading telemedicine company. Even if it doesn’t, it’s not something to worry about. That is because prescription drug services are still the bread and butter of GoodRx’s business.

GoodRx is paying close attention to the current constitutional challenge to the Affordable Care Act. That is coming before the Supreme Court on November 10. The passing of Justice Ruth Bader Ginsburg did not bode well for the law known as ObamaCare and its $2 trillion in health subsidies. Many will be curious how GoodRx will fare in other segments including telemedicine. That has seen increasing competition from numerous players. Yet, with its robust prescription business and high profitability, GoodRx should continue to attract investors’ dollars right from the start.