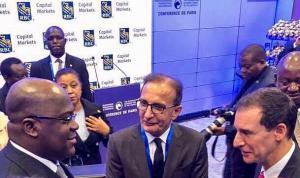 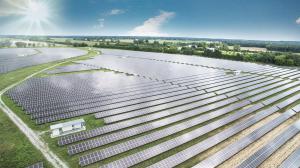 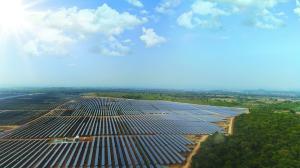 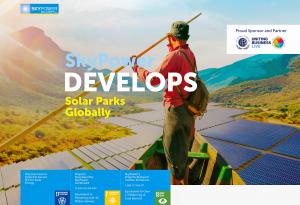 My presidential commitment is to improve our electrification rates through renewable energy by forging partnerships with world class companies like SkyPower”— H.E. Félix Tshisekedi, President, The Democratic Republic of The CongoKINSHASA, THE DEMOCRATIC REPUBLIC OF THE CONGO, September 29, 2020 /EINPresswire.com/ -- SkyPower, a global developer and operator of utility scale solar projects, and a recognized leader and advocate for sustainability, together with the Société Nationale d’Electricité (SNEL), the national energy of The Democratic Republic of the Congo, today announced the signing of a landmark power purchase agreement for 1000 MW, under the framework of a SkyPower Green Giant PPP (Public Private Partnership).

This agreement, one of the first of its kind in the DRC, represents a significant milestone in President Félix Tshisekedi’s vision and strategy, focused on increasing the production of clean and renewable energy in an effort to boost electrification rate (to approximately 30% over the next decade) using clean energy as a proven catalyst for substantial job creation and economic development. This is expected to result in an estimated USD$2.3 Billion in stimulus to DRC’s GDP, and the creation of approximately 30,000 job years.

The DRC Green Giant project further demonstrates President Tshisekedi's commitment to climate action. It contributes to the global push towards DRC's commitments to achieving the UN Sustainable Development Goals. "DRC's growing population is one of the largest in sub-Saharan Africa. With such strong growth, the need for infrastructure, education, health, and social services will increase, and energy access is critical to achieving these needs. My presidential commitment is to improve our electrification rates through renewable energy by forging partnerships with world class companies like SkyPower, whom we look forward to working and growing with in the years ahead", said President of the Democratic Republic of the Congo Felix Tshisekedi.

Minister of Finance, José Sele Yalaghuli described, “DRC Green Giant as a project through a PPP with SkyPower, designed to provide an estimated USD$2.3 billion contribution to the country’s GDP, an accelerator for the creation of new jobs, and will serve as an example for other FDIs seeking to invest in the historic infrastructure development of the DRC.”

“SNEL’s mission and commitment to the electrification and economic development of our country by providing meaningful renewable energy, is in line with the Sustainable Development Goals. The PPP with SkyPower demonstrates SNEL’s focus on addressing the energy needs of the country and ensuring the requisite supply by world leading provider. We are thrilled to have reached an agreement this historic partnership,” stated Jean-Bosco Kayombo Kayan, SNEL Director General.

"Today is a proud day for SkyPower and The Democratic Republic of the Congo as together we have created a PPP that will result in approximately 30,000 job years, driving economic growth and development, as part of the recovery efforts post the Covid-19 pandemic. Solar is the fastest growing form of renewable energy, and presents tremendous potential for powering the DRC towards meet its objectives," said Charles Cohen, Chief Commercial Officer of SkyPower Global. "I would like to express my sincerest gratitude to the leadership of the DRC and to Jean-Claude Kabongo, Special Economic Adviser to the President, who worked tirelessly over the past year in ensuring that SkyPower was able to procure the necessary licenses and that this PPP came to fruition," Cohen added.

Minister Eustache Muhanzi Mumbembe, of Hydraulic Resources and Electricity, highlighted that, “this landmark agreement further demonstrates our Government’s commitment to bring important power to meet the nation’s energy demand. The Green Giant Partnership between SkyPower and SNEL serves as a meaningful example of the decisive actions of our ministry in line with the governments strategy to increase electrification rates and meet our commitments to the sustainable development goals.”

Minister of Land Affairs, Molendo Sakombi added that, “this historic Public-Private-Partnership further highlights our government’s vision and firm commitment to attracting Foreign Direct Investment as stated by our president at the United Nations 75th General Assembly, “climate action and building a green economy is not merely a necessity, but an urgent duty”.

Highlighting the vision and determination of President Tshisekedi, Kerry Adler, President & Chief Executive Officer of SkyPower, acknowledged the recognition by the DRC government of the power of solar energy, “truly distributed power that serves as a catalyzer of new jobs,
economic growth, and one of humanity’s greatest hopes in combating climate change. Our landmark agreement is further symbolic of forward-thinking nations like DRC, who are determined on ensuring a brighter and more resilient future.”

SkyPower has earned the enviable track record and global recognition as one of the largest and most successful independent power producers that develops, finances, builds, owns and operates utility-scale renewable power projects across the globe.

The accomplished SkyPower team has built, assembled and acquired an extensive pipeline of over 25GW worldwide, some of which are in bilateral agreements, and contract awards, to be built in the Middle East, Africa, South East and Central Asia over the coming years.

SkyPower has secured over 30 Power Purchase Agreements (PPA), which in aggregate, represents billions of dollars’ worth of long-term renewable energy sales to leading utilities and governments around the world.

The National Electricity Company, SNEL SA's mission is to produce, transport, distribute and market electrical energy throughout the Democratic Republic of the Congo and in the sub-region (at the level of the three energy poles PEAC, SAPP and EAPP). SNEL SA operates sixteen (16) hydroelectric power stations (installed capacity 2,592 MW), several transmission networks (West, South and East) as well as the largest distribution networks in the Democratic Republic of the Congo.