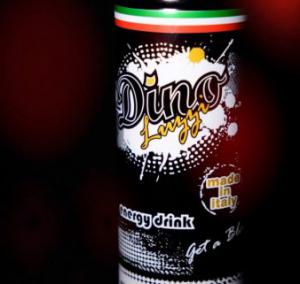 Michael’s enthusiasm for life and dedication to his craft is exactly what we want out of a brand ambassador for Dino Energy Drink”— Chairman of Italian Food and Beverage CorporationPLAINVIEW, NEW YORK, UNITED STATES, September 30, 2020 /EINPresswire.com/ -- Today, the Italian Food & Beverage Corporation (OTC-IFBC), a publicly-traded importer of fine food and beverages which are sourced and inspired from the world-renowned Italian food culture, announced their partnership with two enthusiastic brand ambassadors. This statement comes along with the excitement of IFBC’s new energy drink called Dino Energy Drink.

The first brand ambassador of Dino Energy drink is none other than Michael D’Orlando, an 18-year-old race car driver, currently taking his claim to fame in the world of motorsports. Though he is young, Michael already has a lot of experience behind the wheel all thanks to his interest in go-karts starting at the age six. As Michael’s passion grew, his resume followed over the next decade — including participation in multiple national and international competitions like the U.S. National Champion and the World Championships. Ultimately, Michael completed his karting career as a factory team driver for Birel Art in Europe, competing in the world’s highest level of tournament. In 2018, Michael graduated from go-karts to race cars, competing in a partial season of the INDYCAR driver development program, the Road to Indy and in the Cooper Tires USF2000 Championship. In 2019, Michael also competed in a partial season in the F4 United States Championship Series. Already in 2020, Michael is back in the Road to Indy Cooper Tires USF2000 Championship Series to contest a full season with famed Cape Motorsports. To date, Michael has earned four podium appearances, including three-second place results, and a victory at Mid-Ohio Sports Car Course.

“Michael’s enthusiasm for life and dedication to his craft is exactly what we want out of a brand ambassador for Dino Energy Drink,” says Chairman of Italian Food and Beverage Corporation. “People who have a lot going for them in life could always use more of two things — time and energy. Though we are not able to provide more time for these go-getters, our goal is to provide these athletes with the extra oomph that they need to accomplish their high standard goals. That is why we also wanted to get Italian kiteboarder, Piercarlo Ricasoli, onboard as well.”

Another hardworking hustler endorsing Dino Energy Drink is Rome native, Piercarlo Ricasoli, a highly skilled and award-winning kiteboarder. In 2000, Piercarlo picked up a board and never looked back. In 2019, he achieved the title of “Kite Wave Italian Champion.” Piercarlo is also a certified instructor of kiteboarding and has taught students in Spain, Morocco, Egypt, Colombia and the United States. Piercarlo is also a skateboarder, a standup paddleboarder and a snowboarder. Piercarlo is always putting safety as a top priority while making it fun — which is much like Dino Energy Drink, who prioritizes the health and well-being of its consumers.

The delicious and exhilarating refreshment is distinguished from its more well-known competitors by its decided non-metallic after taste. Dino Energy Drink also prides itself on its minimal use of the unhealthy additive taurine, which is overly abundant in almost all other energy drinks. Along with its distinguished health protocols, Dino Energy Drink is known for its delicious taste amongst sample trials, which has made it already begin growing popularity.

In just the last three months, Italian Food and Beverage Corporation has been able to position its own energy drink in hundreds of locations. The company has tripled the numbers of accounts since June this year — meaning there was a 300% increase in customer acquisition alongside 32% re-orders.

“I strongly believe that we have the right product to enter the USA market at a national level.
We have tasted Dino’s Energy Drink in sample trials with over 99.99% excellent feedback on the taste and effectiveness of the beverage,” stated Chairman of Italian Food and Beverage Corporation, Dino Luzzi. “I am confident in our success which is backed by a group of youthful innovators who are already showing an abundance of determination and good results.”

With great success already showing, IFBC plans to launch more delicious products to imbibe. Currently, IFBC is gearing up for the future importation of fine Italian wine in cans, produced by the same Italian manufacturer as the Dino Energy Drink. This reliable source of both the energy drink and the canned wines possesses the ability to produce approximately 60,000 cans per hour.

About IFBC
Italian Food & Beverage Corporation (OTC-IFBC), a publicly-traded importer of fine food and beverages which are sourced and inspired from world-renowned Italian wine and food culture. IFBC and its subsidiaries have established wholesale distribution headquarters, offices and warehouses in several countries, including Italy, Singapore and the United States. Alternatively, the IFBC is currently operating wholesale subsidiaries, exclusively in Italy and Singapore, with an emphasis on the importation from Italy, to the US market, of a new energy drink (Dino), for eventual sale & distribution to the US.