What does the former Chairman of PlayStation Studios have to say on the future of leadership? 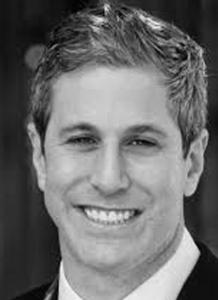 Brandon Maslan, Co-Host "Get Yourself the Job"/Executive Leadership Coach 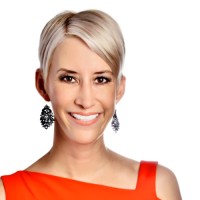 Jennifer K. Hill Co-Host "Get Yourself the Job"/TV Host on Awake TV Network

He joined Sony Corporation’s corporate communications department in 1987 in Tokyo, Japan, and worked for several years as a secretary and communications advisor for Sony founder and Chairman, Akio Morita.

Layden graduated from the University of Notre Dame with a BA in American Studies.

____________________________
About Brandon Maslan
Brandon Maslan is an executive coach, paid speaker, board member and corporate trainer. He has collaborated, partnered and coached hundreds of executives in the advancement of their careers, getting on to Boards and the overall expansion of their professional brands. His primary focus is on developing current and future leaders to be their most powerful selves and establishing their executive presence to effectuate positive change. In addition, he has done trainings for thousands of people on a variety of topics around career and personal development. His expertise extends to helping companies build world class cultures where all employees thrive.

He is also the Founder of BAM Leadership Coaching, which focuses on helping individuals rise in their careers and navigate around roadblocks that may occur whether they be internal or external. Through a belief that “life begins at the end of our comfort zone” BAM allows people to push onwards and upwards to be their strongest and most authentic selves. In addition, it helps develop the next generation of rising star leaders in organizations while closely coaching and collaborating with the VP/C-Suite around developing strong culture and collaborative summits.

For the last 6 years he worked as an Executive Advisor and Corporate Training Specialist at Advancing Women Executives (AWE – www.inAWE.com). AWE's mission is to increase the number of women in senior management and on boards to improve the overall global economy and create lasting social impact. Through AWE, Brandon actively engaged with executive women, male allies and their companies to improve business by promoting women and those that advocate for them. The work Brandon does now is the culmination of his career. He has always been a passionate advocate for others, utilizing his voice to create positive change. He sees the best in others while empowering them to see the best in themselves and those around them.

Brandon is a recovering attorney and former recruiter who lives with his wife in beautiful Oakland, California along with their daughter - yet another reason he is proud to be a male ally, anti-bully and Feminist. He earned his coaching credentials from the Co-Active Training Institute and his Law Degree from University of Maryland School of Law.

In 2010, Jennifer opened her own corporate/legal staffing company, JHill’s Staffing Services, Inc., which was acquired by Marcum Search LLC in February of 2018, where she became the President of the California Search Division until recently transitioning to a Consultant role with the company.
In 2013, Jennifer published her first book “Stop Hoping, Start Hunting! A Job Seeker’s Guide to Finding a Dream Job.” She has also since published two widely acclaimed white papers focused on transformation in the legal industry, and recently released her second book, “101 Spiritual Tools for Uncertain Times” on Amazon Kindle.

Jennifer also hosts a weekly radio show on LA Talk Radio, called “Get Yourself the Job,” with over 30,000 listeners a month, and hosts a TV show on Awake TV Network called “Conversations for Consciousness” where she recently interviewed Deepak Chopra & Don Hoffman about their new respective books on consciousness. Jennifer is deeply passionate about contributing to her community. She built her first school in Nepal in 2017 by partnering with BuildOn.org and recently built her second school in Senegal in November of 2019.