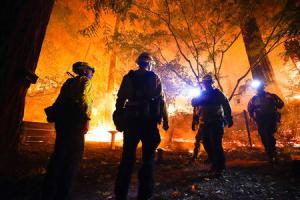 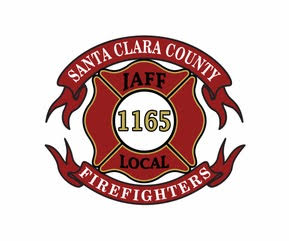 Fires don’t know boundaries. It’s critical that resources are shared so that we can safeguard the entire county.”— Adam Cosner, President, Union 1165SAN JOSE, CALIFORNIA, UNITED STATES, October 1, 2020 /EINPresswire.com/ -- San Jose, Calif., September 30, 2020 -- In the middle of an already devastating fire season, Santa Clara County firefighters are making an urgent call to County Supervisors to revamp an outdated system and create a unified firefighting district that will improve fire protection and more efficiently serve the needs of all County residents.

The call comes on the heels of a recent audit of the Los Altos Hills County Fire District, one of four firefighting districts that serve Santa Clara County. The audit found misuse of millions of dollars in taxpayer funds, a lack of competitive bidding for projects, and violations of open-meeting laws.

Cosner and the firefighters he represents are urging the Santa Clara County Board of Supervisors to eliminate the current fire district boundaries and create a single, unified district. “Taking a regional approach allows us to distribute resources where they are needed and provide robust, year-round fire protection throughout the County,” says Cosner. He adds that a single district under the supervision of the Board of Supervisors will also improve public accountability.

The issue is especially important for many communities and unincorporated areas in the County, which rely on a regional fire protection system. Unfortunately, the increasing demands placed on the system by the combination of growing communities and massive wildfires threatens both the stability and efficiency of that system.

A regional approach would also improve local firefighters’ ability to provide mutual aid to Cal Fire during large wildfires across the state, which California has seen in epic proportions this year.

Santa Clara County Firefighters Local 1165 will host a press conference Thursday, October 1, to highlight the urgency of taking action now. “We’ve had dozens of studies and audits over the years that all point in the same direction,” Cosner explains. “We know what we need to do. The bottom line is this: the more we work together, the better protection we have.”