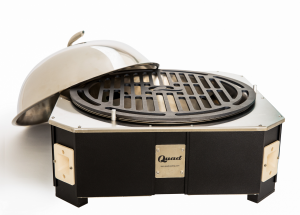 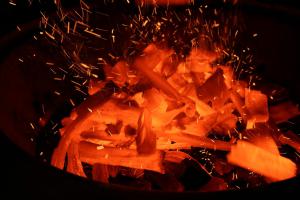 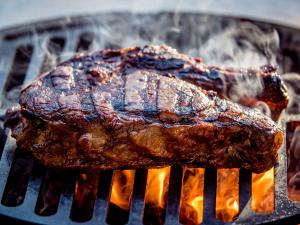 DECATUR, GEORGIA, UNITED STATES, October 14, 2020 /EINPresswire.com/ -- The world is home to diverse cultures, each with its unique spin on wood-char grilling. Simply put, a grill is a gridiron for cooking meat fast over a hot open flame. Barbequing (roasting), on the other hand, entails cooking meat at low temperatures for longer periods driving the smoky flavor deep into the meat. Both forms of cooking are found the world over, with regional differences in flavors and traditions.

In the United States, grilling and barbecuing are often used interchangeably, even though they are completely different cooking methods. BBQ is a traditional American style of cooking. Memphis and North Carolina-styles mainly involve pork slow-cooked pit-style. Kansas City and Texas-style usually involve cooking beef, pork, and other meats. Cooking the meat till it is "falling off the bone."

In Central California, you find Santa Maria-style barbeque, which more closely resembles wood-fired grilling. This style of barbecue originated from Mexican cowboys who ran cattle ranches throughout the 1800s. Beef (typically tri-tip) is placed on a gridiron and quickly cooked over wood char at very high hot temps.

In Japan, you find robata, meaning "fireside cooking." Like a grill, robata is an open grate over charcoal. Cooked at high temperatures, meat prepared on a robata grill typically has a smoky exterior with tender meat inside.

In the UK and Australia, grilling is very similar to its American counterpart. While an Australian grill is called a barbie and barbeque in the UK, meat is prepared very similarly to the US. Chicken, pork, and beef are cooked over an open flame, using seasonings and marinades, much like the American version.

In Argentina and Spain, it’s the parrilla. A high heat open flame wood-char fired grill used for cooking meats such as Asado or chorizo. In Spain, cooking paella over an open fire is a long-held tradition. In Brazil, the churrasco evolved from the indigenous peoples who would roast meat over a open fire.

While in Germany, you may find the schwenker, a regional form of grilling. With this method, a swinging grill is suspended over a fire bowl or campfire by a tripod. The authentic version is a beechwood fire, although often nowadays, charcoal is used. The grill also shares its name with the dish Schwenker, a marinated pork neck.

In Italy, it's the grigliata. The grigliata is an open flame, high heat cooking grill. The grigliata is perfect for cooking Bistecca Alla Fiorentina. Their grilling menu runs the gamut from seafood such as octopus to veggies such as grilled fennel and fruits like nectarines and plums. After cooking, the food is dressed with olive oil and balsamic vinegar.

Lastly, in South Africa, the braai, a high heat, open fire, wood/char grill. The braai is used by South Africans to prepare lamb, chicken, pork, and beef. An important part of social customs, braais (gathering around the braai), is similar to American grilling events. Friends and family gather together and celebrate.

With so many grilling variations throughout the world, choosing the right grill to bring these international flavors home is simple with the QuadGrill. A patented technology, QuadGrill is the modern iteration of ancient, traditional grilling techniques. Cooking food at high temperatures with charcoal or wood heat brings international flavor possibilities to the convenience of your home. A QuadGrill is the last grill you will ever need to prepare a world of flavors.

Grilling Steaks on the QuadGrill