If you’re wondering which penny stocks to watch this week, you’ve got a broad array of choices. Are you going to focus on general momentum stocks or will sectors take your focus? Whichever the case, just make sure to have a plan in place.

What I will say is that certain sectors tend to breed more volatility and potential than others, consistently. If you take a look at biotech penny stocks, for instance, these experience wild swings, sure. But from an overall perspective, the sector has been red hot this year.

Take, for instance, the NASDAQ Biotech ETF (IBB Report), aside from the slide late last week, biotech stocks have approached record levels this month. While I can’t speak for the large-cap stocks, I will say that small-cap stocks have also become a bright point of the stock market. Last week we saw the Russell 2000 (IWM Report) mount a strong recovery in light of recent market uncertainty stemming from stimulus talks.

One thing we can see from Friday’s session, for instance, is that both the S&P 500 ETF (SPY Report) and IWM were sold into at the end of the day. However, if you look at the overall volume in the SPY compared to IWM, you’ll notice a much greater level in SPY compared to IWM. While IWM saw a relatively low-volume pullback, SPY volume was clearly above-average.

Could this indicate that less selling had taken place in small-cap stocks? Draw your own conclusions on this. However, as we head into a new week of October 2020, penny stocks are likely to continue as a focus for traders. What’s more, is that recent and upcoming biotech events could be something to take note of in light of recent market moves.

GT Biopharma Inc. has been one of the top biotech penny stocks to watch in October. Ironically, it was mentioned at the top of the month in an article discussing exactly that. One of the hot topics in the stock market recently, especially among biotech and healthcare has been a focus on immunotherapy stocks. Gilead’s buyout of Immunomedics shed a bright light on this niche of biotech. In light of this, companies like GT Biopharma have gained attention recently. What’s more is that the company’s latest developments have become catalysts themselves. In late September, the company gave an update to its ongoing Phase I/II trials of its lead treatment, GTB-3550 for treating acute myeloid leukemia.

The first patient enrolled at Dose Level 3 in its GTB-3550 TriKE™ Phase I/II clinical trial showed noticeable progress. Specifically, GTB-3550 at a 25mcg/kg/day dose showed a decrease in AML blast levels from 18% to 12% in the bone marrow. The Phase I portion of the study will determine safety and tolerability as well as the pharmacologically active dose and maximum tolerated dose of GTB-3550.

What To Watch With GTBP Stock

Dose Level 3 is the 3rd of 6 dose levels in the trial. What’s become even more of a focus has been the platform that GTB-3550 is built on; the company’s novel TriKE™ technology. It’s a combination protein that bridges an immune cell and a tumor cell to drive tumor cell killing power exponentially. It’s also being sought after for its potential as an “off the shelf” option treating multiple cancer types.

Something to note as October winds down and November begins is what GT announced late last week. GTB-3550 interim results were selected for presentation at 62nd (ASH) American Society of Hematology Annual Meeting. While the meeting is set for December, the company pointed out that in addition to the presentation, “your abstract will also be published online in November supplemental issue of the journal Blood”. First publication will be in the online ASH meeting program on November 5, 2020. Given these latest catalysts, GTBP stock has continued climbing on above-average trading volume over the last 3 weeks. Since September 23rd, the biotech penny stock has climbed from $0.1575 to as high as $0.25. Friday’s session saw a surge of late afternoon trading take GTBP stock to a close of $0.235 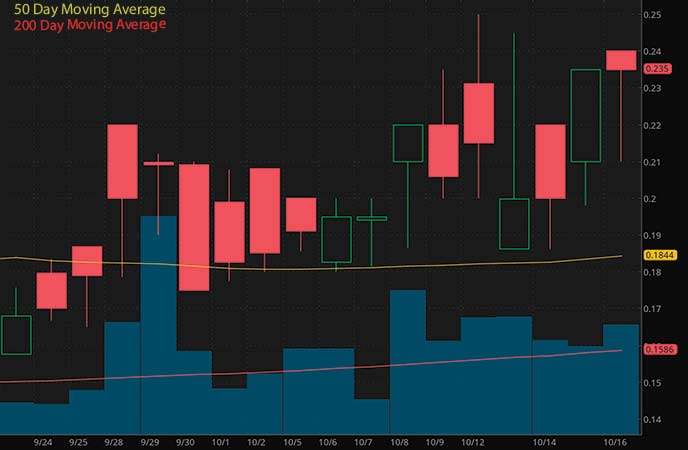 Selecta Biosciences Inc. is another one of the biotech penny stocks we’ve followed for a while. I won’t get into a history lesson on where SELB stock has been all year. But I will say that recent developments could be something to keep in mind. The stock dropped just as October had gotten started.

The initial breaking point came as Selecta reported topline data for its Phase 2 COMPARE trial. It was designed to compare the efficacy of its SEL-212 to pegloticase (KRYSTEXXA®). KRYSTEXXA® is the currently approved uricase in the US, for the treatment of chronic refractory gout. SEL-212 is a combination of Selecta’s ImmTOR™ immune tolerance platform and a therapeutic uricase enzyme (pegadricase).

What To Watch With SELB Stock

Selecta missed its primary endpoint, however, since the drop SELB stock has been on a rapid incline. One of the bigger, more recent catalysts came after the company announced a deal with IGAN Biosciences, Inc. to study Selecta’s ImmTOR™ immune tolerance platform. It was in combination with IGAN’s immunoglobulin A (IgA) protease for the treatment of IgA Nephropathy (IgAN).

Additionally, insiders have been buying up shares of SELB stock in bulk. Last week, Selecta’s director, Timothy Springer filed a FORM 4 showing the purchase of 276,703 shares of company stock. Similar to GTBP, SELB stock has also experienced an uptick in price and volume during October 2020. Can that continue this week? 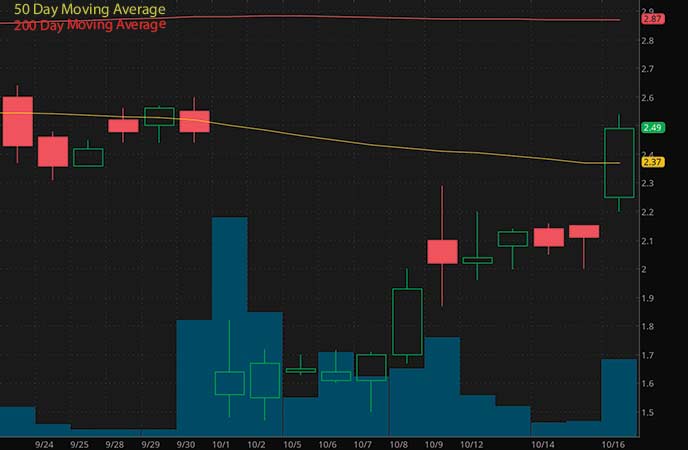 ADiTx Therapeutics Inc., unlike the other two penny stocks above, has traded relatively sideways during October. Shares began the month around $2 and as of last Thursday, ADTX stock was still trading in the $1.90s. Friday, however, was a different story. Shares jumped to highs of $2.25 on aggressively higher trading volume. At the beginning of the month, the company announced the launch of AditxtEngage™. This is ADiTx’s continuing series of investor opportunities to engage with Aditxt.

Aside from that, we’ve seen several FORM 4s filed last Friday showing the exercise of options done by Directors of the company at $1.94 per share. Considering the date of the exercise was on the 13th, these shares were priced right around the current retail price per share at the time. Heading into this week, Friday’s momentum will be something to keep in mind. Coronavirus hasn’t gone away and the fact is, COVID stocks are still a big focus.

What To Watch With ADTX Stock

In August, the company introduced AditxtScore™ for COVID-19. It can monitor an individual’s immune response to SARS-CoV-2. It’s based on the detection of antibodies against SARS-CoV-2 antigens. Meanwhile, ADTX has a very low float so, again, trading volume will be something to keep in mind. Generally speaking, low float penny stock can become very volatile. So if this is on your list of penny stocks this week, keep that in the back of your head. 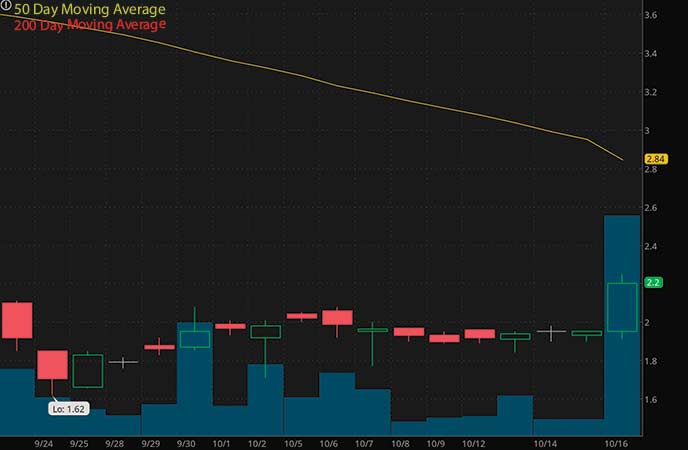 Spectrum Pharmaceuticals Inc. has been in more of a downtrend than anything else over the last 3 weeks. Shares were trading around $4.60 toward the end of September. Friday, SPPI stock closed the week at $4.07. While this was a modest 10% decline, the overall trend has been bullish since the end of March. Last week, SPPI consolidated back to its 50-Day Moving Average, which has remained a point of support during the past 6 months.

What To Watch With SPPI Stock

Why is SPPI stock one to watch this week? Like many biotech companies, Spectrum announced an FDA date far in advance, for investors to keep in mind. Looking back at a December 2019 release, Spectrum announced that the Biologics License Application for ROLONTIS®(eflapegrastim) was accepted for review by the FDA. It set a Prescription Drug User Fee Act (PDUFA) date of October 24, 2020. Now, 10 months later, here we are.

[Read More] What Are The Best Penny Stocks To Buy Right Now? 5 Names To Know

“If approved, ROLONTIS could be the first novel granulocyte colony-stimulating factor (G-CSF) available to healthcare providers in over 15 years,” Joe Turgeon, CEO said in that December PR. “We have confidence in the future of ROLONTIS and are looking forward to potentially competing in this multibillion-dollar market.”

However, this could create a volatile situation. As I’m sure many have already learned, these PDUFA and other FDA dates can act as big catalysts. That goes for moves in price in both directions. If the outcome isn’t favorable, that could pose as a bearish sign for the stock. Meanwhile, a favorable outcome could be bullish. 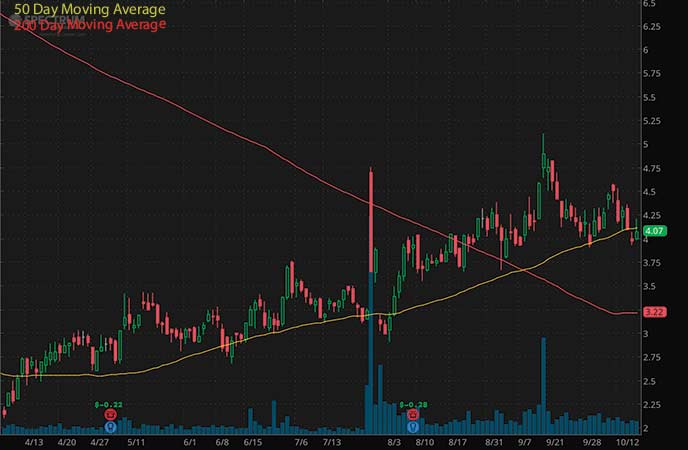 Akebia Therapeutics Inc.similar to SPPI, caught a bad break a few weeks ago. it came after shares dropped from over $5 to under $3 following its vadadustat anemia treatment not meeting the primary safety endpoint in a Phase 3 study. Needless to say, the company was upbeat about the results of the study, overall.

“While achieving the MACE endpoint would have made our path here more straightforward, as it is in dialysis, we still believe we have a path toward approval for vadadustat in non-dialysis,” said John P. Butler, Akebia’s President and CEO. Furthermore, the company said it believes the totality of data from its studies still supports the New Drug Application submission.

What To Watch With AKBA Stock

Though there weren’t any new headlines last week, there is something to note as far as what’s coming this week. Akebia presents late-stage vadadustat data at the American Society of Nephrology Kidney Week 2020 Reimagined. The dates of the event are October 22nd to 25th. The presentation is titled “Global Phase 3 Clinical Trials of Vadadustat vs Darbepoetin Alfa for Treatment of Anemia in Patients with Non–Dialysis-Dependent Chronic Kidney Disease” (Abstract FR-OR54). It’s scheduled for Friday, October 23 between 10:30 a.m. ET–12:30 p.m. ET. 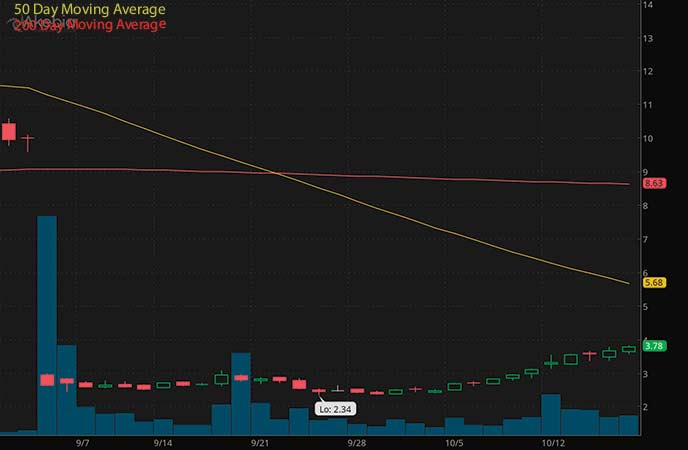