Penny stocks present a low-cost option for both retail and institutional investors. Now, while they may be cheap, there is some finesse involved in finding the best stocks to buy. The first step we have to take is identifying how current events could shift the trajectory of certain penny stocks.

For example, with virus cases on the rise, investors are highly focused on biotech penny stocks. But it isn’t simply enough to find an interesting stock to watch. Rather, investors need to spend the time to build information on why certain stocks are worth watching. For this, we have to also consider the fact that penny stocks are notoriously volatile.

While short term volatility can be good for some traders, many prefer to find solid long term swing trades. In this case, a bit of fundamental analysis might be worth your time. The great thing is that most of this information is readily available online. With popular financial websites like PennyStocks.com, for instance, investors can find anything they need to know about a given company. So as we head toward the end of the week, now is the time to find penny stocks that may have strong potential. With this in mind, here are 3 to watch before the weekend.

One of the biotech penny stocks that gained some popularity this week is Adamis Pharmaceuticals Corp. The company develops and commercializes a wide range of drugs. These are used to treat allergy and respiratory diseases. With the pandemic on the rise, the demand for respiratory-related therapies has increased greatly in the past twelve months. Adamis currently has a large pipeline of compounds including APC-1000, Tadalafil, APC-6000, and others. While it focuses on allergy and respiratory issues, its treatments are also made for hormone replacement and drug overdoses.

Last month, the company announced that it had received a complete response letter in regard to its drug Zimhi (high dose naloxone injection). In response to this, CEO Dr. Dennis Carlo, stated that “we believe our high dose naloxone product offers a greater possibility to save lives given the high rates of synthetic opioid overdoses. As the Covid-19 pandemic increases, the number of deaths due to opioid overdoses has also risen. Currently, only lower dose naloxone products are available.”

With opioid overdoses on the rise, Adamis sees a great need for its treatments to be approved and commercialized. So far this week, shares have climbed around 15%. With the various approval processes still underway, is ADMP a penny stock to watch? 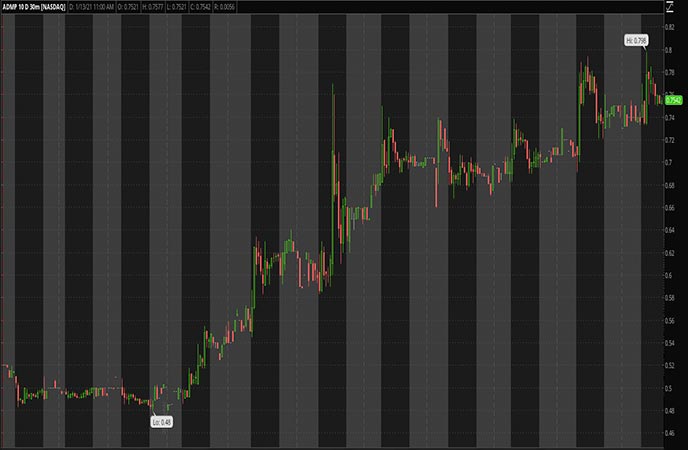 If you’ve been a reader long enough, 22nd Century Group isn’t a new name on your list. We’ve discussed this company for the better part of the last 3 months. In fact, since mid-October, XXII stock has been in rally mode, and for good reason. One of the main initiatives for 22nd Century is obtaining FDA authorization for its VLN modified risk tobacco product. Securing FDA marketing authorization for this product is a top priority of the company and has been the source of speculation in the stock market. If you’re newer to XXII, I’ll discuss a few of the recent highlights that got the company where it’s at today.

Further prompted by stronger Q3 earnings in November along with insider buying, XXII stock saw a surge of trading action into the holidays. Last month, 22nd Century said the FDA placed an order for 3.6 million variable nicotine cigarettes for use in a government-backed study. This obviously was another key catalyst and one that took shares to December highs.

What are traders watching right now? There are a few things to keep tabs on. First, this week the company announced it will significantly expand its growing program for VLN® reduced nicotine content tobacco based on its latest sales projections. However, what could be more a focus right now in light of recent excitement for cannabis stocks is what was happened last week. 22nd Century was granted a patent titled “Cannabis Terpene Synthase Promoters For The Manipulation Of Terpene Biosynthesis In Trichomes”. Considering that marijuana penny stocks are a hot ticket item, XXII could be one of the stocks to watch following that development. 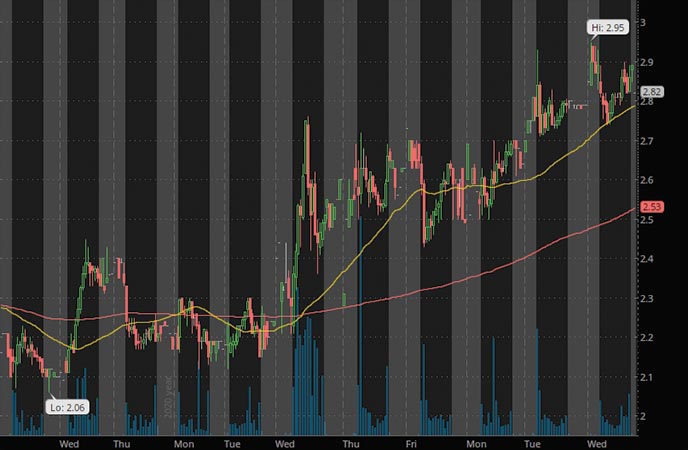 Different from the other penny stocks on this list Amplify Energy Corp. works is an oil and natural gas producer. The company’s operations include acquisition, development, and production related to several types of fossil fuels. While the pandemic has hit the energy sector hard, many investors believe that demand could shoot back up in the future. As the virus numbers continue to increase, vaccine distribution is also climbing.

This means that we could be nearing the point at which things start to get better. If so, companies like AMPY could see a benefit from increased travel by car and air. Obviously, it may take some time before we see this shift and it will most likely be gradual as well. In the meantime, companies like Amplify are working to get business back on track.

A few weeks ago, Amplify announced that it had successfully closed upon a second offering of common stock. It states that it had offered around 8.55 million shares of common stock at a price of $1.15 per share. The goal with this is to raise capital to help with both corporate funding as well as capital to continue building out its business. This is quite common in the energy industry, but it definitely is something to keep in mind. 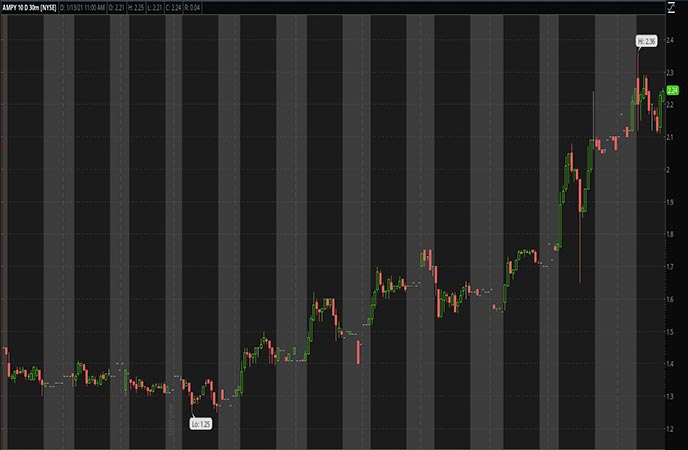 Right now the demand for penny stocks is at extreme levels. So, if you’re new to trading, please keep in mind that emotions are likely riding high. When one of these stocks breaks out, traders tend to look for others that are similar but haven’t moved yet. While this is traditionally a move toward a similar stock in a similar sector, we’re seeing something different. For example, stocks under $1 are now “a thing”.

It isn’t just the hottest biotech stocks or the top electric vehicle stocks. Now traders are simply considering price as a “theme”. In light of this, it’s important to design a strategy that is favorable to a higher volatility environment in my opinion. So if you’re still new, it’s important to learn how to day trade penny stocks before getting too excited about the latest cheap stocks breaking out. Once you’ve got an actual understanding of how to profit from volatile trades, you’ll be able to take advantage of the latest market moves.