By: Bitfury via GlobeNewswire News Releases 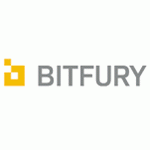 AMSTERDAM, The Netherlands and TORONTO, Feb. 16, 2021 (GLOBE NEWSWIRE) -- Bitfury Holding BV announced today the company sold 8,477,687 common shares of Hut 8 Mining Corp. (TSX-V: HUT). The company also filed on February 12, 2021 an intention to transfer, via secondary, an additional 8,500,000 common shares of Hut 8. Bitfury intends to use the proceeds from such sales for accelerated R&D, specifically around its next-generation ASICs chip development, which will positively influence Bitfury’s growing global ecosystems of customers and partners, inclusive of Hut 8. The proceeds will also be leveraged for bolstering Bitfury’s capital structure.

“Since the incorporation of Hut 8, Bitfury has been a shareholder and key technology and service partner for Hut 8’s data centers,” shares Valery Vavilov, founder and CEO of Bitfury. “Throughout this time, Hut 8 has continued to show growth and sustainable business practices, steadily building toward an independent and strong infrastructure despite challenging market conditions. Under CEO Jaime Leverton and her leadership, we have seen this momentum increase significantly and are confident this will continue as we move forward and continue to grow our partnership.”

Since its inception in 2009, The Bitfury Group has been a leading full-service blockchain technology company and one of the largest private infrastructure providers in the blockchain ecosystem. The world’s leading provider of large-scale digital asset infrastructure solutions with headquarters in Amsterdam and operations in the UK, Canada, Japan, Hong Kong, Korea, Norway, Georgia and Kazakhstan, Bitfury has designed seven generations of its own specialized micro-chips and has deployed and operates several data centers for customers and its own operations in six countries. The World Economic Forum Recognized Bitfury as “Technology Pioneer” in 2019. Forbes included Bitfury into its prestigious FinTech 50 lists in 2018 and 2019 and into the Forbes Blockchain 50 list in 2019 and 2020.

About The Bitfury Group
The Bitfury Group is the world's leading full-service blockchain technology company. Bitfury™ is building solutions for the future, with the most significant technologies of the millennium. Our mission is to make the world more transparent and trusted by innovating at every level of technology – hardware, security, and software – to put trust back into the equation. Founded in 2011, Bitfury is the leading security and infrastructure provider for the Bitcoin Blockchain. In addition to securing the Bitcoin Blockchain, Bitfury also designs and produces innovative hardware that keeps cryptocurrencies and blockchains secure, including custom semiconductor chips and mobile data centers. Bitfury is also a software provider for some of the world's most cutting-edge applications through its Exonum™ private blockchain framework, and its Crystal™ Blockchain advanced analytics platform. To learn more, visit www.bitfury.com.