By: Penny Stocks to Buy, Picks, News and Information | PennyStocks.com - Feed
Will These Penny Stocks Continue to be Winners This Month?

While we are only a few days into March, the month is proving bullish for many penny stocks. Despite widespread volatility across the stock market, many cheap stocks have managed to continue making gains. So far this month, emotions in the stock market seem to be very mixed.

With Treasury yields surpassing 1.5%, Jerome Powell attempting to offer positive sentiment, and vaccine distribution at high levels, there is a lot in play right now. On Thursday, March 4th, Powell gave a speech that did not serve to offer many resolutions in the way of high treasury yields. This sparked a negative response from investors, leading to a selloff later in the day.

Powell also argued that he’d be “concerned” if markets became disorderly in the coming months. In the past few months, many stocks have seen dramatic rises in value. If we consider the Gamestop fiasco as the final straw, many investors believe that the market could be overvalued. This fear means that some investors are pulling out of positions and looking to secure gains in other areas of the market.

Since penny stocks are influenced more by speculation than details regarding the Fed, these securities can sometimes be better options for certain traders. Everyone needs to make sure that they are aware of the high volatility among these cheap stocks. With this in mind, here are four to watch in the second week of March.

Penny Stocks to Buy For Under $5 Genius Brands International Inc.

One of the interesting media penny stocks on the radar is Genius Brands International. The company produces a large range of content that is mostly designed for children. Its Kartoon Channel! will be available in more than 100 million U.S. households. In the past few months, we’ve covered a variety of entertainment penny stocks. This is because the pandemic has created more demand for digital content than in many years prior. With most people at home and on devices, the need for entertainment is extremely high. Also, children-intended content plays a large role in the global media industry. On March 4th, Genius Brands released a CEO Newsletter, sparking a more than 20% rally for GNUS stock.

The company also engaged in a production titled “Stan Lee’s Superhero Kindergarten,” starring Arnold Schwarzenegger. All of this helps build both public and investor interest in Genius Brands, specifically its Kartoon Channel. Genius Brands can separate itself from other childrens’ media producers by producing a large range of original content. In light of the recent uptick in digital entertainment stocks, GNUS could be on the list of hot penny stocks to watch before next week. 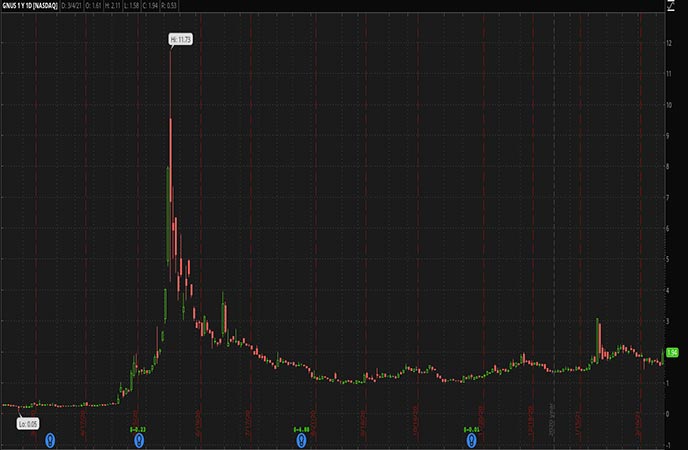 Ahead of its upcoming fourth-quarter results, Amplify Energy remains a popular stock to watch. Analysts expect the company to post a quarterly loss of around $0.09 per share with revenues of around $59.71 million. While this is a drop from the previous year for the oil and gas company, it makes sense given the effects of the pandemic. Investors should also take these numbers with a grain of salt, as they are just estimates.

The company is expected to release its results ahead of the market open on March 11th. As an independent oil and gas company, Amplify Energy has a large exposure to the energy sector’s ups and downs. During the pandemic, demand for oil and gas has dropped significantly. This is considering that fewer people are traveling, and more are at home than ever before. But, some analysts believe that consumption could resume as massive vaccine efforts continue to be underway.

As a U.S.-based company, Amplify has operations in Oklahoma, the Rockies, offshore Southern California, and Texas/Louisiana. These areas provide it with a rich reserve to pull from. A few months ago, Amplify engaged in a common stock offering worth around 8.58 million common shares at $1.15 per share. Additionally, the company recently appointed Martyn Willsher, current interim CEO and CFO, to a permanent position as President and CEO.

Chris Hamm, Chairman of the Board, states that “on behalf of the Board, I would like to congratulate Martyn on his promotion to President and CEO of Amplify and welcome him as a member of the Board of Directors. Martyn did a fantastic job guiding the Company through numerous challenges during 2020.”

As we know, oil and gas stocks have been hot and with OPEC+’s latest decision to leave production where it is, sector stocks could be ones to watch. 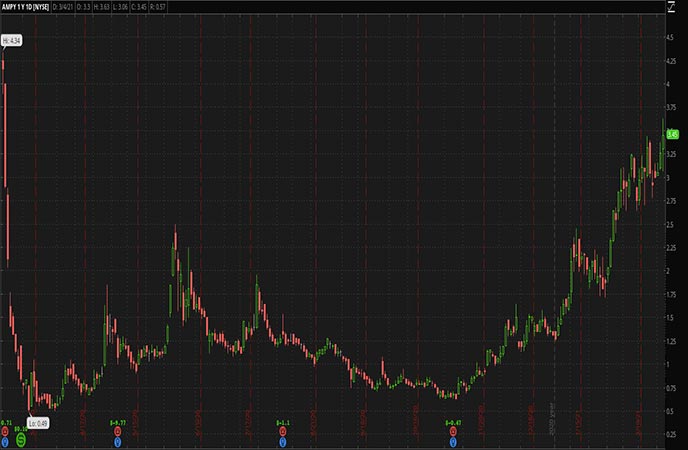 One of the more exciting announcements of the day comes with Waitr Holdings Inc. After the market closes on Thursday, the U.S. food ordering and delivery service announced it would be partnering with Flow Payments. With this partnership, Waitr Holdings intends to create a marketplace to facilitate delivery and payments regarding cannabis. This is major news for the company and aligns it within the cannabis industry.

Waitr Holdings already has its proprietary delivery technology, which in tandem with Flow Payment’s software, should help to expedite this process. The company intends to offer payment and delivery for cannabis, while still abiding by all state regulations regarding the substance.

CEO of WTRH, Carl Grimstad, states that “this opportunity with Flow Payments is just another way we are pivoting the company into new verticals with specialized integrated payment and delivery solutions. As the regulatory framework around the cannabis industry within the U.S. continues to evolve, we see this as a natural step in our own evolution and ability to continue bringing value to our shareholders.”

Over the past few years, legislation has helped make the cannabis industry extremely profitable for the companies within it and the governments benefitting from the taxes. With the major growth of the industry seen in companies like Cronos Group Inc. (NASDAQ: CRON) and Canopy Growth Corp. (NASDAQ: CGC), investor attention could not be greater. While it is primarily a food delivery company, this move into cannabis could diversify its operations in the long term.

We’ve been covering WTRH for quite some time, and now, it looks like it could be positioning itself for future business opportunities down the road. 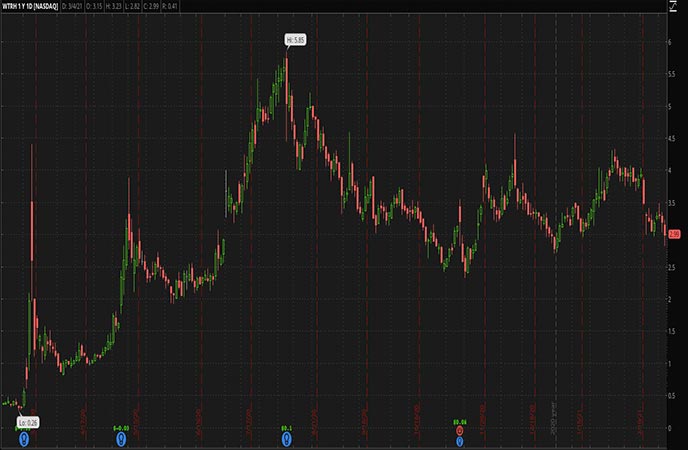