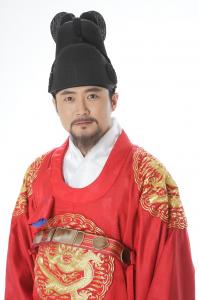 SOUTH KOREA & US, April 7, 2021 /EINPresswire.com/ -- Recently, with kimchi premium, Bitcoins’ ongoing substantial buying trend makes a difference of more than 15% in price. The Youa group announced that it is to produce the world's first seasonal cryptocurrency show variety, Jumping and Dumping (stage name).

The purpose of creating "Jumping and Dumping" is to make it simple for viewers to understand various cryptocurrency ecosystems, such as grasping cryptocurrency and how to view trading charts. In addition, the contents of the composition will add interest to the general public because it is composed of elements of the fusion historical drama of the Joseon Dynasty. Therefore, if you first watch “Jumping and Dumping” and then watch “Pumping Time”, a textbook drama about cryptocurrency which will be released in the second half of 2021, viewers will be able to become the leading players in the new ecosystem for cryptocurrency.

On the other hand, Jumping and Dumping (stage name) is scheduled to be aired mainly on OTT from May, starting with the first filming on April 19th. It is expected that the production company, K-PLAY Contents aimed at media & entertainment specialized in blockchain and cryptocurrency will collaborate with the world's leading cryptocurrency and Korean Wave in 2021 to pioneer a new market of Korean Wave.