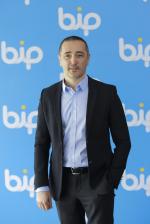 Globally acknowledged life and communication platform BiP introduces its new feature that allows users to convey their group chats easily from other applications. Reaching out to 80 million users in 192 countries, BiP sustains innovative investments and introduces group chat import enabling users to move their existing group and individual chats, including videos and photographs, automatically at once. Unlike other applications, users are not obliged to manually add each user one by one as BiP handles the import directly by adding in all participants.

Commenting on the new feature Ataç Tansuğ Executive Vice President - Digital Services and Solutions of Turkcell said: “Messaging apps are no longer solely a medium for exchanging texts, but more of a living ecosystem where we communicate, work and do business. Embedded in almost every step of our lives, they are party to our most critical personal data. Therein lies a great responsibility for us. Data ethics are fundamental for BiP. This recent feature commits to a secure and seamless import experience symbolizing our dedication to a fulfilled CX. The rapid rise in the number of BiP users around the world is the clearest proof-point of this approach.”

BiP heavily invests in innovation that can relate to the actual necessity and delicacies of the consumer, and the platform has features that surpass the competition.

BiP ALLOWS HD VIDEO GROUP CALL OF UP TO 10 PARTICIPANTS

Offering a HD-quality group video call with up to 10 users and instant messaging and voice call features, BiP now allows up to 1,000 users in group chats. It also enables shortcuts for frequently communicated users or groups on the home screen.

BiP’s longstanding secret messaging feature is another visionary solution, and was designed six years ago. Secret messaging has also gained the attention of millions of users worldwide as it enables them to make chats disappear from the chat screen within the period they determine.

Paying particular attention to localization and the daily needs of consumers, BiP also offers an awarded instant translation feature. BiP instantly translates written words and phrases in 106 languages. With this built-in real-time translation feature, BiP was recognized as the ‘Most Innovative Mobile App’ at the Global Mobile Awards.

With BiP, no data is shared with third parties for commercial or any other purposes. With BiP, messages are transported securely between devices and servers using the TLS encryption method in accordance with international standards. BiP differentiates itself from peers, acting on its data only with user permission. With no imposition or discriminating among its users in terms of data privacy, BiP protects users' data with a transparent user agreement and privacy policy that is compatible with GDPR.

No third party can intercept, access, or read messages. With absolutely no imposition and discrimination between users, BiP operates entirely with user consent to provide service to its users.

BiP is a secure and easy-to-use communication platform developed by Turkcell in 2013, and can be used by smartphone users regardless of their operators.

On top of core communication features like instant messaging and HD quality voice and video calls, BiP has many features that differentiate it from its competitors, such as group video calls of up to 10 people, disappearing message, simultaneous translation in 106 languages, and group messaging of up to 1,000 people.

It can be used in iOS, Android and over the Web, and can be downloaded via AppStore, GooglePlay and Huawei AppGallery.

Turkcell is a digital operator headquartered in Turkey, serving its customers with its unique portfolio of digital services along with voice, messaging, data and IPTV services on its mobile and fixed networks. Turkcell Group companies operate in 4 countries – Turkey, Ukraine, Belarus, and Northern Cyprus. Turkcell launched LTE services in its home country on April 1st, 2016, employing LTE Advanced and 3 carrier aggregation technologies in 81 cities. Turkcell offers fiber internet speed of up to 10 Gbps with its FTTH services. Turkcell Group reported TRY7.8 billion of revenues in Q121 with total assets of TRY56.0 billion as of March 31, 2021. It has been listed on the NYSE and the BIST since July 2000, and is the only NYSE-listed company in Turkey. Read more at www.turkcell.com.tr.