3 Gold Miners To Buy On Dips

Investors anxious for upside in the precious metals complex have not gotten their wish as we head into Q3, with the Gold Miners Index (GDX) continuing to be very volatile, giving up its gains as easily after each sharp rally. This has made the trade quite frustrating for those overweight the sector this year, especially after watching the S&P-500 (SPY) continue to melt higher, unperturbed by the multi-year high inflation figures. The good news is that this continued turbulence in the sector has soured sentiment, forcing many funds to abandon the sector, and many investors to throw in the towel permanently. This exodus has left valuations across the space at very attractive levels for some names, with many miners enjoying 40% plus margins yet trading at 10% plus earnings yields. In this update we’ll look at a few miners that look like solid bets if this weakness persists: 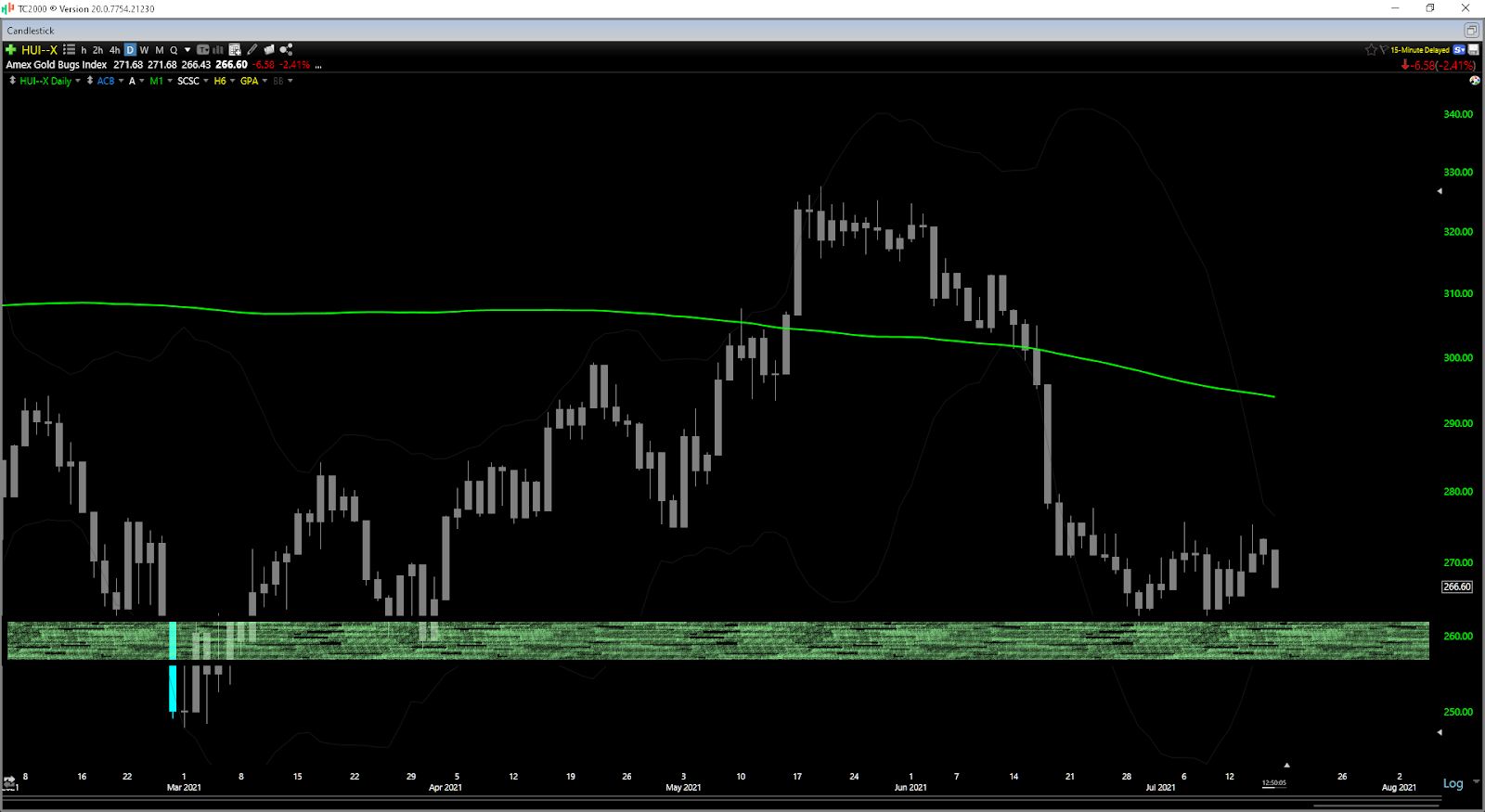 While cyclical sectors like the gold miners should never command earnings multiples anywhere near non-cyclical groups in the market given the lack of pricing power they have and the volatility in the commodities they sell. However, even if we assume more reduced earnings multiples of 12-15, most of the sector is now on sale, with many names at dirt-cheap valuations. A few of these names are SSR Mining (SSRM) at ~10x earnings, New Gold (NGD) at less than 7x next year’s earnings estimates, and Agnico Eagle (AEM) which would get interesting if its correction continues. Let’s take a closer look at these names below:

The first name on the list has had a busy year following a mega-merger in 2020 with Alacer Gold, leading to a more than 40% increase in annual gold (GLD) production. The new company now has four mines and operates out of Canada, Turkey, Argentina, and the United States, with its most exciting asset being the Copler Mine acquired from Alacer. Copler is a ~350,000-ounce producer with an industry-leading mine life of over 12 years, with a 15-year mine life based on resources. This asset has significantly improved SSRM’s cost profile, with the asset producing gold at all-in sustaining costs [AISC] of less than $800/oz relative to the company’s higher cost Nevada asset, Marigold.

Despite a massive increase in free cash flow related to the merger and a more diverse and higher-margin production profile, SSR Mining has been punished significantly, sliding 35% from last year’s highs to a share price of $16.50. Based on FY2021 earnings estimates of $1.63, this translates to a valuation of barely 10x earnings and a double-digit free cash flow yield on an enterprise value basis. Obviously, the added Turkish exposure has weighted on the jurisdictional profile, which used to be concentrated in North America, leading to a downgrade in the company’s earnings multiple. However, even if we use what I believe to be a conservative earnings multiple of 14, SSRM’s fair value looks to be closer to $23.94 based on FY2022 earnings estimates. This suggests that the stock is a steal at current levels for those comfy with investing in Tier-2 operating jurisdictions (Argentina, Turkey).

The second name on the list is New Gold (NGD), a turnaround story that has taken a beating as well this year, sliding more than 30% from its recent 52-week highs. This sharp decline can be attributed to a very soft Q1 performance after a tragic mudslide at its New Afton Mine led to reduced operations at one of its two Canadian mines. However, with operations set to return to normal by H2 2021 and the company benefiting from higher copper prices at its New Afton Mine, NGD should see a tailwind this year relative to other producers relying solely on gold prices. This should lead to a sharp increase in revenue in FY2021, as well as a return to positive annual earnings per share [EPS]. In addition, the company’s Rainy River asset is finally turning around after two years of heavy investment, with costs expected to decline at the asset beginning next year.

If we look at NGD’s earnings trend, we can see that NGD is set to report $0.19 in annual EPS in FY2021, with estimates sitting at $0.30 for FY2022. Both gold and copper prices will need to cooperate if the company hopes to post $0.30 in annual EPS next year. However, even if we assume a miss and just $0.27 in annual EPS, NGD looks very reasonably valued here at $1.65 per share. This is because the stock is trading at just 6.1x FY2021 earnings estimates, assuming a miss and less than 6x earnings estimates if the company can meet forecasts. The company rightfully should trade at a discount to its peers due to its higher cost profile, but a Tier-1 jurisdiction producer at 6x earnings is a steal, especially when factoring in copper exposure to smooth out gold price volatility. So, with the stock on track for its fifth straight week down into a short-term support level, I see the stock as a Speculative Buy at $1.65.

The final name on the list is one of the most expensive miners in the sector, but also the one with the best track record. Agnico’s CEO, Sean Boyd has been Chief Executive Officer for over 20 years now and benefits from near unrivaled leadership experience, successfully navigating through two major bear markets. The company is a multi-million-ounce producer with an enviable growth profile relative to its peers, with three major projects in the wings (Hope Bay Expansion, Upper Beaver, Hammond Reef), and a massive asset that it shares that continues to enjoy new discoveries (Canadian Malartic). Assuming the company can meet its growth objectives, Agnico should be able to grow annual gold production from 2.0MM ounces to 2.8MM ounces over the next six years while also enjoying higher margins. This should translate to an increase in its dividend and annual earnings per share, given that this growth can be achieved without any M&A or share dilution.

As noted earlier, AEM is not cheap, benefiting from 90% of its gold production coming from the best-ranked jurisdictions (Canada, Finland) and a solid organic growth profile to back up its current production. However, you don’t get a Ferrari for the price of a Toyota, and while most miners should be bought at below 20x earnings, an investor is generally very safe buying AEM at 16x earnings, with the stock rarely trading below this level except for in major panics. Based on FY2022 earnings estimates of $3.42, AEM is getting closer to this buy zone, which would come in at $54.70. Notably, this buy zone would push the company’s dividend yield to more than ~2.5%, assuming no further dividend raises this year. So, while I believe Kirkland Lake Gold (KL) is the better value play among Tier-1 producers currently, I will look to start a position in AEM if this weakness persists and the stock dips below $54.70.

Generally, the best time to buy is when a sector is hated, and stocks are being thrown away out of disgust, and this is the situation we’ve found ourselves in with the gold miners. In the past, the worry has been that weakness in the gold price would translate to a massive erosion in their margins, but with the gold price near $1,800/oz and average all-in costs near $1,100/oz, margins have never been better. This suggests that it’s nonsensical for these names to be trading at double-digit earnings yields, with investors also benefiting from an average yield of 2.00% across the sector. In summary, for investors looking to diversify, this dip in the GDX looks like an opportunity to begin nibbling on new positions in the best names.

Disclosure: I am long GLD, KL

The post 3 Gold Miners To Buy On Dips appeared first on StockNews.com
Data & News supplied by www.cloudquote.io
Stock quotes supplied by Barchart
Quotes delayed at least 20 minutes.
By accessing this page, you agree to the following
Privacy Policy and Terms and Conditions.