While investors may be eagerly eyeing the biggest names in tech this week, streaming stocks could be worth a watch. For starters, this section of the stock market today has and continues to make waves in consumer markets. Arguably, the transition from cable TV towards video streaming is an inevitable one. Most streaming platforms offer consumers more curated content at more affordable price points. Compare this to conventional TV packages that cost much more while offering a mess of channels and the better choice is apparent. Because of all this, it would not surprise me to see investors looking for the top streaming stocks in the market now.

For the most part, investors have plenty of possible entries into the market now. We could look at the likes of Disney (NYSE: DIS) and Fubo (NYSE: FUBO) for instance. On one hand, Disney’s pivot towards the streaming industry continues to fuel its growing momentum. This appears to be the case, both in and out of the stock market. Namely, its Disney+ streaming platform seems to be outpacing most streaming companies now in terms of user growth while DIS stock saw unprecedented growth throughout the pandemic. On the other hand, more niche players such as Fubo cater to specific audiences to a degree of success. Essentially, the company offers sports streaming and live betting in a one-stop sports content subscription service.

Not to mention, with resurging coronavirus cases across the globe, consumers could once again be turning to streaming companies. This could ideally see the industry as a whole having another solid quarter fueled by pandemic-related demand. With all that in mind, here are 3 trending streaming stocks to watch in the stock market this week.

Right off the bat, we will be taking a look at Apple. By and large, the company’s industry-leading consumer tech portfolio continues to make waves across the board. While most would focus on its handheld and household devices, Apple also holds cards in the streaming industry now via Apple TV. This is both the name of its streaming platform and its television product line. As such, some would argue that Apple’s end-to-end streaming portfolio could serve it well moving forward. With Apple being one of the major names in tech now, could AAPL stock have more room to run?

If anything, the company is not sitting by on the operational front. In particular, Apple TV appears to be expanding its reach aggressively now. As of last week, Apple and Sony (NYSE: SONY) are teaming up, offering PlayStation 5 (PS5) owners six months of free service. This would be through the company’s Apple TV Plus app on the PS5 network now. In theory, this would mean more market exposure for Apple and could possibly lead to more long-term subscribers. Should this go as planned, we could see Apple continue to benefit from streaming trends now.

Adding to that, the company is set to report its third-quarter fiscal tomorrow. Now, consensus estimates suggest that Apple will report earnings per share of $1.01 on revenue of $72.93 billion for the quarter. This would mark sizable year-over-year increases of 55% and 22% respectively. With all this in mind, will you be keeping an eye on AAPL stock this week? 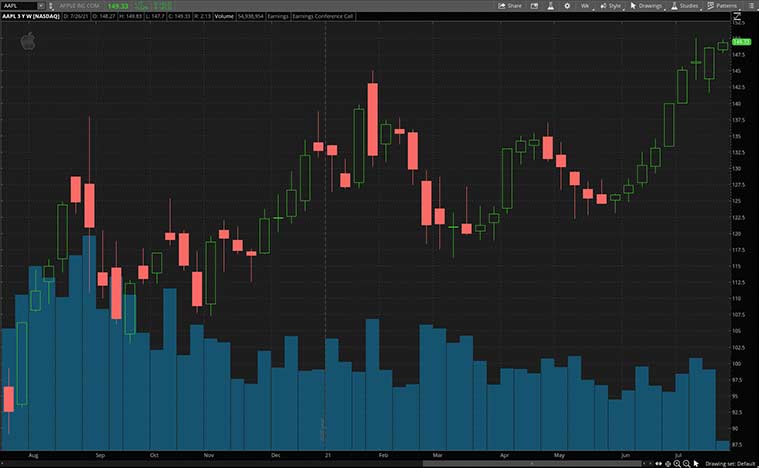 Following that, we have streaming tech giant, Roku. In brief, the company boasts a massive streaming portfolio. The likes of which cater to over 53.6 million active users in the U.S. today. From its wide array of streaming hardware to its growing streaming platform, the company brings a lot to the table. For the uninitiated, Roku’s streaming platform serves as an all-in-one hub for other streaming services today. This includes but is not limited to the likes of Disney+ and Amazon (NASDAQ: AMZN) Prime TV. In turn, the company primarily benefits from subscription fee commissions and ad revenue from its free content.

Ideally, all this would put Roku in a strategic position to gain from the streaming industry across the board. On top of that, the company is also working on creating its own brand of content via the Roku Channel. Given all of this, I can understand why investors would be keen on ROKU stock now. In fact, the company’s shares are rising towards newer heights having more than tripled in value over the past year. The recent activity around ROKU stock could be on account of the company’s latest announcement.

Diving right into it, Roku is now collaborating with NBCUniversal, bringing an immersive Olympic viewing experience to the U.S. Through the Roku platform, consumers now have easy access to NBC’s 5,500 hours of Olympic streaming content. Roku VP of Content Partnerships Tedd Cittadine said, “Streaming has fundamentally changed the way we come together for news, sports, and entertainment today and nothing combines these moments together better and on a bigger scale than the Olympics.” Given this massive win for Roku, would you consider ROKU stock a top buy right now? 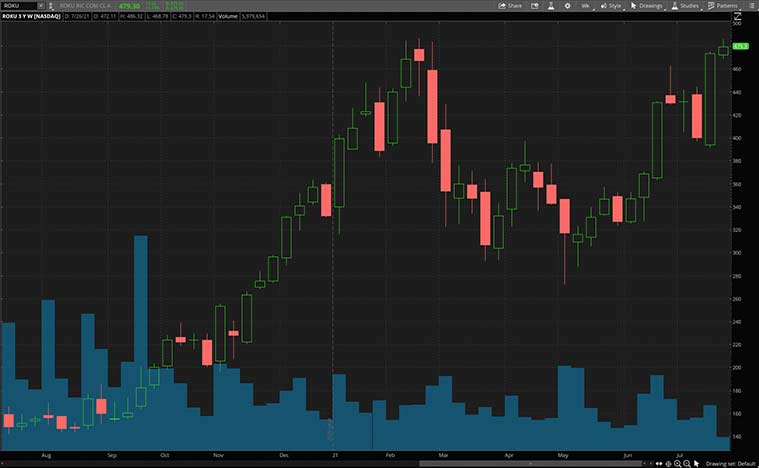 Topping off our list today is Netflix, a pioneer in the video streaming industry. Despite the recent rise in competition over the past few years, Netflix still holds a strong lead in terms of active user count. This would be the case as Netflix offers consumers top-quality content from both international and its own studios. To highlight, the company’s homegrown content continues to break new ground for Netflix now. This is evident as it received 129 nominations at the annual Emmy’s award show earlier this month.

Despite all this, NFLX stock has mostly been trading sideways for the past year. As mentioned earlier, the surge in contenders in the streaming industry could be a factor to consider on this front. However, Netflix continues to power on regardless. Evidently, the company reported total revenue of $7.34 billion in its second-quarter fiscal last week, marking a 19% year-over-year increase. Furthermore, Netflix also posted surges of 87% in net income and 86% earnings per share over the same period. Overall, Netflix now boasts over 209 million paid memberships after adding another 1.54 million throughout the quarter.

Aside from its solid quarter, the company is also actively expanding its consumer offerings now. Just last week, Netflix provided an update on its plans to join the video gaming industry. In detail, the company is looking to offer ad-free games for subscribers on its mobile platform. This would mark Netflix’s first venture towards a non-video-streaming-related field. Would all this make NFLX stock worth watching for you? 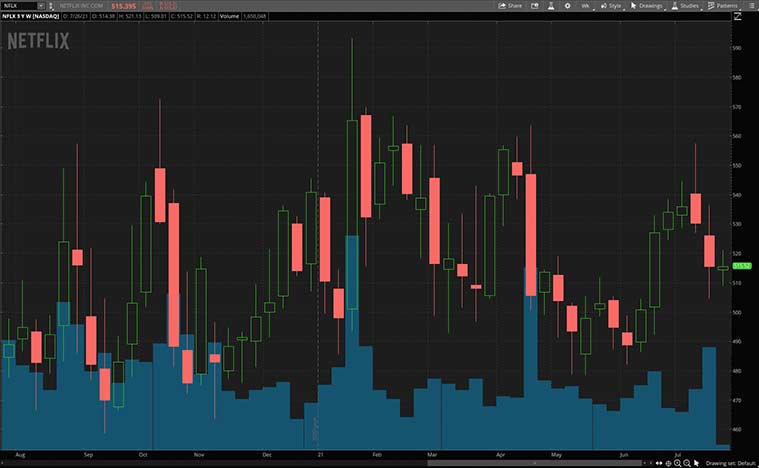