Bus Simulator : Ultimate from Zuuks Games has been downloaded more than 250 million times

Bus Simulator : Ultimate by Zuuks Games surpassed its closest competitor with more than 50 million downloads, became the world's most downloaded mobile game in the simulation category. The company is preparing to launch its novel game, Truck Simulator : Ultimate, this month. 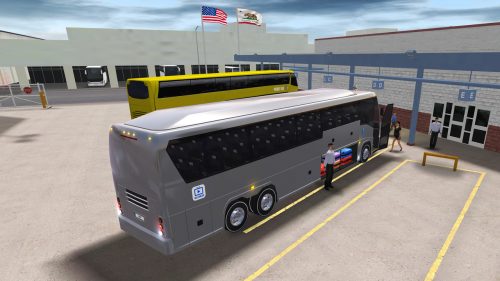 The mobile game market, which gained serious acceleration during the COVID-19 pandemic, continues to grow rapidly. According to a study by Research and Markets, the mobile game market, which reached $98 billion in 2020, has a share of approximately 57% of the global video games revenue that reached $173 billion. The share of Turkish game developers in the market, which is expected to reach 272 billion dollars by 2030, draws significant attention. Ultimately, Zuuks Games announced that Bus Simulator : Ultimate has reached 250 million downloads, making it the world's most downloaded mobile game in the simulation category. According to the information obtained from the company, the intercity bus simulation game, which outpaced its closest rival with more than 50 million downloads, was recommended to all users as the "game of the day" by the AppStore.

The driving pleasure is doubled with the multiplayer mode

Bus Simulator : Ultimate, which conveys every detail of a bus journey with realistic
graphics, allows players to choose among bus routes from various countries such as the USA, European countries, China and Brazil. Inside the game, more than 200 bus stations around the world, some of which are in the United States, are modeled down to the finest detail including Los Angeles, Las Vegas and Texas, Houston Bus Station. The intercity bus simulation game, where players can start with a single bus and establish a fleet and bus company, also gets a multiplayer mode with the latest update.

A new game is on the way

With more than 500 million downloads and 95 million monthly active players, Zuuks Games brings together gamers from different parts of the world, especially from the United States and Europe. In addition to Bus Simulator : Ultimate, the company, which offers more than 20 games on the store, is preparing to release its new game, Truck Simulator : Ultimate, this month.