Best Stocks To Invest In 2021? 4 Streaming Stocks To Watch Now

By: StockMarket.com
4 Top Streaming Stocks To Watch This Week

For investors looking for exposure to streaming stocks in the stock market, there are plenty of options to choose from. The streaming industry is growing at such a rapid pace that it is difficult not to take notice. Some may argue that we are only seeing the tip of the iceberg when it comes to the industry’s potential. No doubt, the COVID-19 pandemic has accelerated the growth of streaming trends. Millions of people stuck at home eventually signed up for streaming services to cure their boredom caused by a lack of entertainment choices indoors.

Companies such as Netflix Inc (NASDAQ: NFLX) and Walt Disney Co (NYSE: DIS) saw their streaming services gain mass adoption last year. Netflix currently has more than 209 million subscribers worldwide and is still growing rapidly internationally. Meanwhile, Disney+ that was launched in late 2019 was just in time to cater to pandemic needs. Since then, it has added millions of subscribers worldwide and become the second-largest subscription streaming service after Netflix. So, do you believe that there is still room to grow within the industry? If so, why not take a look at a list of the top streaming stocks in the stock market today.

Apple is famous for its smartphones, personal computers, tablets, and a variety of related services. Some of the devices that the company offers include iPhone, Mac PC, iPad, and other wearables. That said, Apple dived into the streaming space back in 2015 by introducing its Apple Music. More recently, it now also has Apple TV+ that offers Netflix-like subscription streaming services.

Apple enthusiasts should also note that the company will be bringing satellite capabilities to its iPhone to tackle emergency situations. It will develop at least two related emergency features that rely on satellite networks. Being the tech giant that it already is, the company continues to push the boundaries in all the industries it is involved in. With that in mind, would you add AAPL stock to your watchlist? 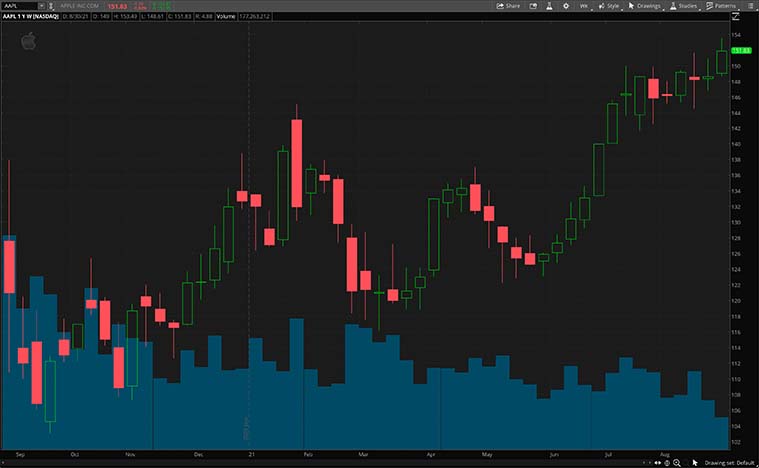 Following that, we will be looking at Sirius. Essentially, it is an audio entertainment company that operates through two segments, Sirius XM and Pandora. Its Sirius XM business features music, sports, entertainment, news, as well as podcasts and information services in the U.S. on a subscription fee basis. Meanwhile, the company’s streaming platform would be offered by its Pandora segment. Listeners will have access to personalized playlists, podcasts and select Sirius XM content whenever and wherever they want.

Recently, the company along with TikTok announced the launch of TikTok Radio exclusively on SiriusXM. This is a highly anticipated full-time music channel that features trending sounds that are redefining pop culture from TikTok. Thus, SiriusXM subscribers will now have access to the latest trends in music and get a first listen to tomorrow’s musical superstars.

Furthermore, SiriusXM and Stitcher, the Triton-ranked #1 podcast company, released the trailer for Storytime with Seth Rogen on Monday. The new original series will debut on October 6 and be hosted by Seth Rogen himself. The podcast will be based on Rogen’s endless curiosity about people and the world we live in by inviting new guests each week to share their stories. Given these exciting developments, would you consider SIRI stock as a top streaming stock to watch? 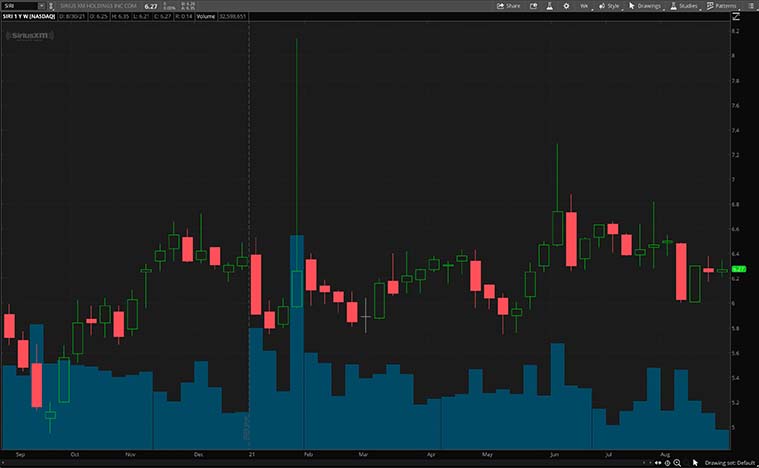 Spotify is a music streaming company that has revolutionized the music industry. The company enables its users to discover new releases, which include the latest singles and albums. As of now, users can select either Spotify Free that includes only shuffle play or Spotify Premium which provides more freedom to its users to choose whatever content they want to listen to. The company’s robust growth paired with an attractive business model has attracted the attention of many investors.

Last week, Spotify announced that all U.S.-based podcasters can now use Anchor, its podcast creation and distribution platform. Podcasters can sell subscriptions for exclusive episodes that will be available both through a private RSS feed and within the Spotify app. Now that it has a broader availability, Spotify is also expanding its monthly subscription options. Content creators can choose to charge up to $150 if they believe their listeners are willing to spend that much.

Another nice touch is that podcasters will have the ability to download their paying subscriber’s email addresses. This means that they will be able to take that list elsewhere if they were to leave Anchor. Spotify also mentioned that International users will be able to sell subscriptions too in the future. Given that the company recently announced an approved $1 billion stock repurchase program, it may suggest that the company believes its stock is currently undervalued by the market. So, do you believe that SPOT stock will have more room for growth? 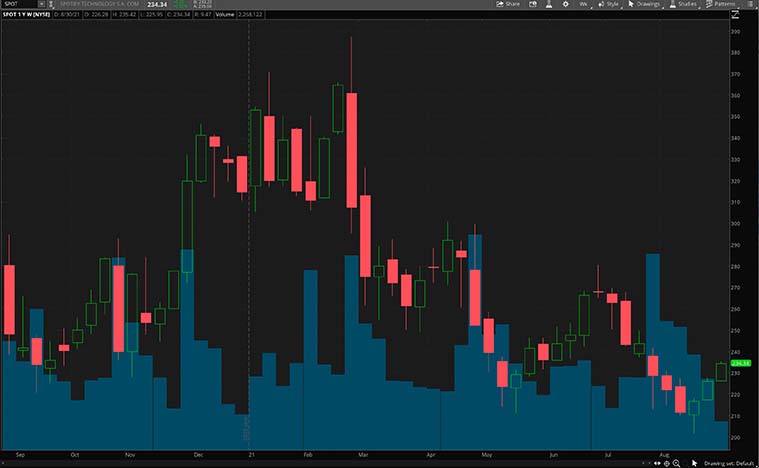 Lastly, we have the factual streaming service and media company, CuriosityStream. In detail, it provides documentary series and features topics from space exploration to adventures. The company’s content library features more than 3,100 nonfiction episodes and its users can access this content through television, desktop, mobile, and tablets.

Earlier in August, the company delivered strong second-quarter financial results. It posted a revenue of $15.3 million, representing an increase of 27.5% year-over-year. Meanwhile, its total paying subscribers increased to 20 million, up by 40% over the past year. The company continues to tap into the European market through a recent landmark partnership with SPIEGEL TV. Safe to say, CuriosityStream continues to deliver unprecedented value to its subscribers and partners in the factual category.

Despite its recent developments, the company is not resting on its laurels just yet. Last week, it announced a multi-year distribution partnership with Fubotv Inc (NYSE: FUBO). In detail, Curiosity Channel will launch for fuboTV viewers in the U.S., and the Curiosity Stream VOD service will roll out for viewers in both the U.S. and Canada in the coming weeks. Both companies will benefit from this partnership as it continues to expand its reach to more audiences. All things considered, would you consider investing in CURI stock? 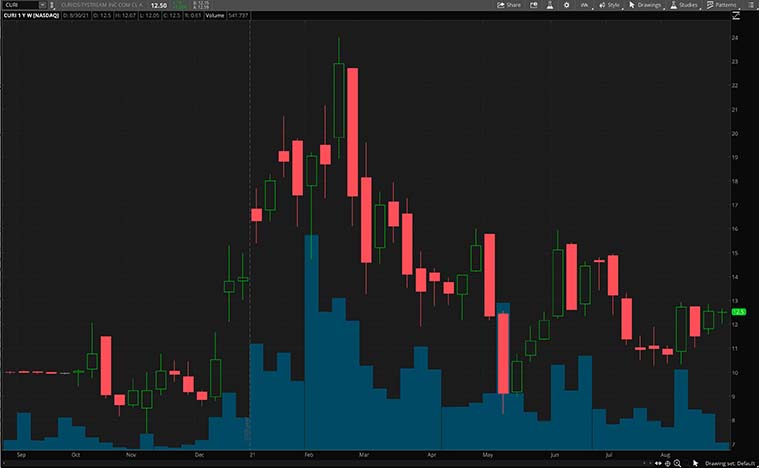