The U.S. stock futures are under pressure Tuesday morning. Following the August jobs report last week which came in short of expectations, investors appear to be betting that the Fed may delay its tapering of asset purchases. Elsewhere, Asian stock indices were in the green after China’s exports grew at a faster-than-expected pace in August. That could bode well for the global economic recovery. Meanwhile, oil prices continue to be under pressure after Saudi’s sharp cuts to contract prices for Asia. This revived concerns over the demand outlook.

“There could be a strong job rebound ‘in coming months’ and that there are promising signs that the worst of the surge in Covid cases could be behind us. However, the August jobs report has the potential to delay the Fed’s tapering timeline, which is widely expected to begin this year”- Ryan Detrick, LPL Financial’s chief market strategist

Meanwhile, Reuters reported that Sea’s (NYSE: SE) Shopee is preparing to debut in Europe with a Poland launch. This move marks its first expansion into the European e-commerce market. Last week, reports said that Shopee has launched a recruitment campaign for vendors in India, suggesting an upcoming launch there. As of 6:41 a.m. ET, Dow futures are edging up 0.03%, while S&P 500 and Nasdaq futures are falling by 0.03% and 0.13% respectively.

After Bitcoin has been trading sideways for months, crypto bulls are now targeting $54,000 and higher. And there are a few reasons for it. The biggest news is that Bitcoin will become the legal tender of a sovereign state for the first time in history. Today, El Salvador will officially begin using Bitcoin as its national currency alongside the US dollar. That’s despite warnings and demands to call off the move from the likes of the International Monetary Fund. Nayib Bukele, the country’s president, has held firm. 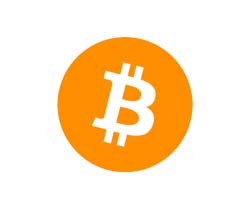 “As El Salvador takes a massive technological jump into the financial future, before any other country, there are bound to be mishaps … For Salvadorans who are open-minded and willing to put in work to understand Bitcoin it could yield enormous fruits,” – Alex Gladstein, chief strategy officer at the Human Rights Foundation

Meanwhile, crypto miners are powering back up from Texas to Kazakhstan after the ban in China. As the backbone for crypto computing capacity gathers pace, many are seeing this as a sign of robustness for bitcoin and other cryptocurrencies. Also, Facebook (NASDAQ: FB) also said that they could provide support for non-fungible tokens (NFT) on its digital wallet, Novi. Should Facebook help make NFTs more mainstream, that could drive up demand for Ethereum, which is used to pay for computations on the ethereum network.

UiPath (NYSE: PATH) is a global software company that specializes in robotic process automation (RPA). The company will be reporting its earnings after the closing bell today. When you see the word “robot”, perhaps you’re thinking of the humanoid robot currently under development by Tesla (NASDAQ: TSLA). But RPA is confined to a computer or network. That doesn’t mean it is inferior to robots, in case you’re wondering. 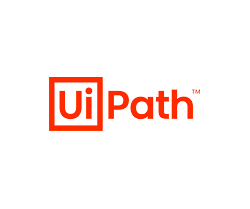 For those unfamiliar, RPAs offer some attractive functionalities. For instance, they need to be trainable and easily deployable, allowing those with little to no software coding experience to utilize them at ease. Now, with many businesses reporting worker shortages for highly redundant work, UiPath is in a good position to help many organizations automate those redundant jobs.

Recall that the company had a strong start to its fiscal year 2022. For the first quarter, it posted revenue of $186.2 million, an increase of 65% year-over-year. Meanwhile, its annualized renewal run-rate (ARR) was $652.6 million, an increase of 64% year-over-year. Unfortunately, even stellar first-quarter earnings did not prevent PATH stock from sliding. However, with relatively reliable subscription revenue from a rapidly growing customer base, would you be keeping tabs on PATH stock ahead of its earnings?

MeridianLink (NYSE: MLNK) will announce its earnings report as a public company for the first time in the stock market today. For starters, the company is a software-as-a-service (SaaS) play that is aiding banks and other financial institutions to transform their business model. Since its founding in 1998, the company has been providing cloud software solutions to major financial institutions. More importantly, the company has witnessed accelerating growth and operating profit. With these attributes, the stock may be worth a closer look. 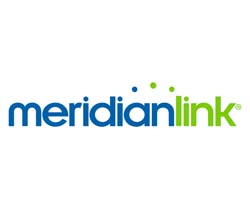 The company has been on fire earlier this year with first-quarter sales up 55% to nearly $68 million. Meanwhile, operating earnings nearly doubled to $19 million. For the second quarter, preliminary revenues could be around $67.5 million, largely similar to the revenues in the first quarter of the year.

According to a report by Industry Research, the global market for mortgage and loans software was worth about $11.6 billion in 2020. And it could exceed $31 billion by 2027. The market opportunity for loan and mortgage software is large and could grow significantly over the long term. Also, it’s worth pointing out that financial institutions are modernizing their aging software infrastructure. Therefore, it won’t be surprising if MLNK stock could reward its shareholders handsomely over the long run.

Even with this earnings season coming to a close, there is no shortage of companies reporting results today. By and large, the current earnings season would reflect the current broad-based strength across industries today. Should you be keen on companies reporting earnings pre-market, there are several to note. They include the likes of Centogene NV (NASDAQ: CNTG) and Cheetah Mobile Inc (NYSE: CMCM) among others.

Following that, should you be more interested in post-market earnings calls, there are also a few notable names to keep an eye on. They include Coupa Software (NASDAQ: COUP), UiPath, Casey’s General Stores (NASDAQ: CASY), Smartsheet (NYSE: SMAR), and MeridianLink. Overall, whether it is keeping tabs on the news or simply following earnings reports, there is plenty to keep you busy as we kick start the stock market today.