By: StockMarket.com
5 Retail Stocks To Check Out Before The End Of The Month

Retail stocks would be among the viable plays in the stock market today among other sectors. This remains the case even with talks regarding the U.S. debt ceiling and the Federal Reserve set to address the Treasury on its pandemic responses. Regardless of all this, the retail industry will likely continue to cater to the needs of consumers across the board. Moreover, there is also the recent strength in consumer retail spending to consider. As a result, I could see investors eyeing the top retail stocks in the stock market now.

By and large, there is no shortage of exciting news from the industry now as well. Two notable examples now would be Beyond Meat (NASDAQ: BYND) and Alibaba (NYSE: BABA). On one hand, Beyond Meat is reportedly looking to launch its meatless chicken tenders in U.S. groceries next month. This would mark the company’s first chicken substitute-based offerings in over two years since it discontinued its frozen chicken strips. On the other hand, Alibaba reportedly led a $578 million round of funding in Singapore-based logistics start-up Ninja Van. These are but two instances of the retail industry’s continued growth today. With that said, would it be wise to keep an eye on these top retail stocks this week?

First up on this list, we have Best Buy, a multinational electronics retailer with headquarters in Minnesota. The company leverages its tech expertise and human touch to meet customer needs both online and in-stores. Boasting over 1,000 stores and over 100,000 employees, the company is one of the largest specialty retailers in the U.S. consumer electronics retail industry.

Today, the company was called a top stock pick by investment bank Piper Sandler as the firm weighs the upside from Best Buy’s new membership program. Analyst Peter Keith had this to say, “With the upcoming rollout of its new membership program, Best Buy Total Tech, BBY is quickly becoming one of our top ideas under coverage. Not only do we view Total Tech as one of the most intriguing initiatives BBY has launched in 5+ years, but also shares trade at 5-year lows on a relative basis, and near 5-year lows on an absolute basis.” The firm assigned a price target of $150 to Best Buy. Given this piece of news, will you consider investing in BBY stock right now? 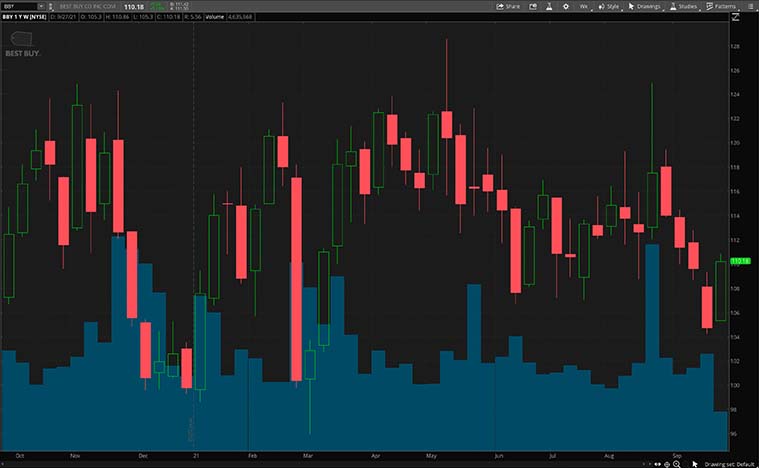 MINISO Group is a fast-growing global value retailer offering a variety of design-led lifestyle products. In essence, it serves its consumers through its large network of MINISO stores that appeals to all demographics. The company offers a wide variety of aesthetically pleasing products, with design, quality, and affordability at its core.

On September 26, 2021, the company announced that it has entered into a definitive agreement with YGF MC Limited, to acquire the remaining 80% equity stake in YGF Investment V Limited to establish MINISO’s new headquarters building. The new building will be completed by 2025 and will position the company well for its future developments in terms of securing office space to accommodate future business expansion, saving long-term operating expenses. With that being said, do you think MNSO stock is worth adding to your portfolio? 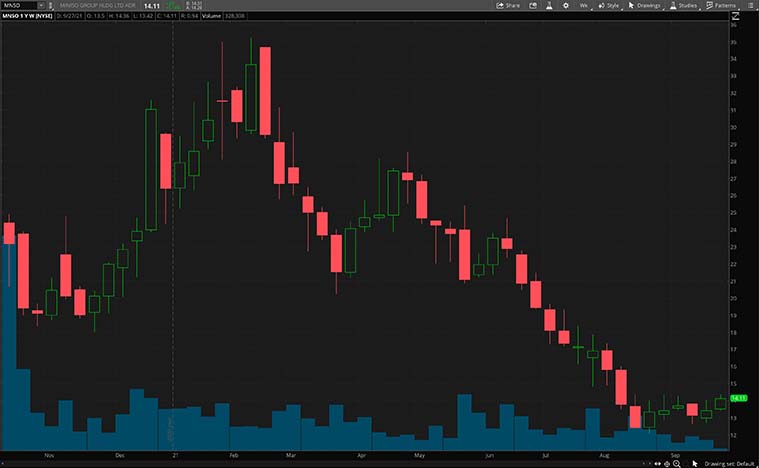 Following that, we have Kohl’s Corporation, a leading omnichannel retailer. With more than 1,100 stores in 49 states and an impressive e-commerce platform at Kohls.com and its Kohl’s App, the company offers amazing national and exclusive brands for families nationwide. It is also uniquely positioned to deliver against its strategy as a trusted retailer of choice for both active and casual lifestyles. With that being said, KSS stock has enjoyed gains of over 180% in the past year alone.

Last month, the company reported its second-quarter financials. Diving in, Kohl’s reported total revenue of $4.44 billion for the quarter, increasing by 30% year-over-year. It also posted a record second-quarter diluted earnings per share of $2.48 and the company raised its full-year 2021 guidance to a range of $5.80 to $6.10. Besides, the company strengthened its financial position during the quarter by ending it with $2.6 billion in cash. Given the impressive quarter, do you think KSS stock is worth buying? 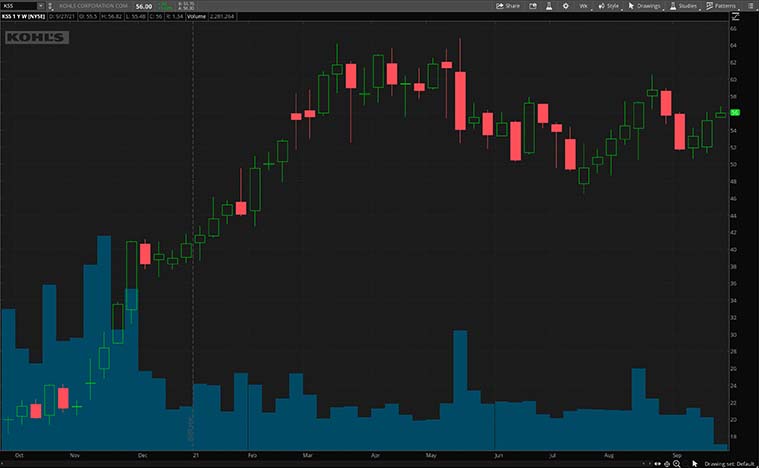 Another name to consider in the retail space now would be Amazon. If anything, this leader in the e-commerce industry would be a go-to for investors looking to jump on retail trends. Not only does Amazon boast a massive presence in the digital commerce world, but it is also the biggest cloud computing firm globally as well. Through its integration of tech and commerce, Amazon continues to expand its empire while catering to consumers and organizations alike.

Notably, investors could be keeping an eye on the company’s shares for two key reasons now. To begin with, AMZN stock reportedly received a price target cut from analysts over at Morgan Stanley (NYSE: MS). The firm sees profit pressures from its workforce bolstering efforts as the reason for this outlook. While the company’s shares are taking a breather today, Amazon is gearing up for its fall hardware release event tomorrow. According to previous release trends and supposed product leaks, Amazon could release a flurry of next-gen hardware. This ranges from a wall-mounted Echo device to an Alexa-powered soundbar. All things considered, would AMZN stock be a buy for you? 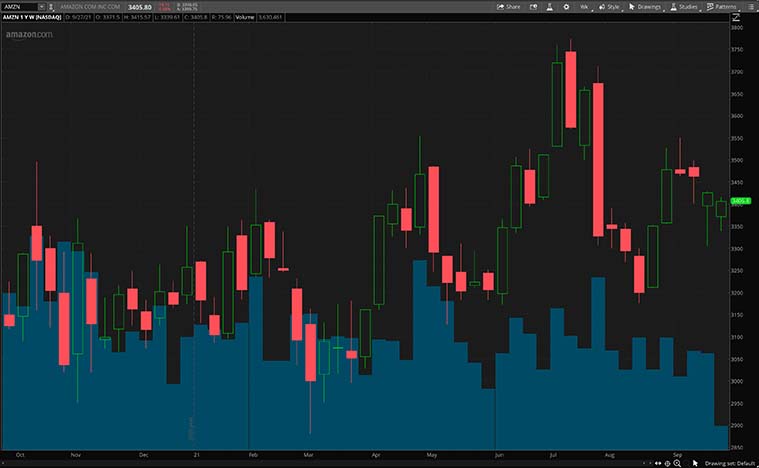 Topping off our list today is Macy’s. In brief, it is one of the largest omnichannel retailers in the U.S. today. For the most part, the company operates via three flagship brands. These would be its Macy’s, Bloomingdale’s, and Bluemercury divisions. Overall, Macy’s now caters to customers via its e-commerce, mobile app, and national retail stores network. From apparel to houseware and even beauty products, Macy’s has plenty to offer consumers. Could M stock do the same for investors now?

Well, for one thing, Cowen (NASDAQ: COWN) analyst Oliver Chen appears to believe so. Chen recently hit M stock with an Outperform rating and a price target of $27. Since then, the company’s shares have climbed by 15%. The analyst cites the company’s digital acceleration efforts for his current outlook on the stock. Additionally, Macy’s is also looking to bolster its workforce ahead of the busy holiday season. As of last week, the retailer is planning to hire 76,000 workers across its retail, customer relations, and logistics divisions. With Macy’s current momentum in mind, will you be investing in M stock?