JAPANESE LIVING IN CHENGDU FOR 18 YEARS: BUILDING A BRIDGE FOR SINO-JAPANESE E-COMMERCE COOPERATION

Chengdu, Sep. 29 (Dong Xiaohong, Xinhua) – Dressed in a well-fitting suit, walking into the office on the 18th floor of an office building in the downtown of Chengdu, and saying hello to his colleagues in Chinese…, Kentaro Sakaguchi started his work today. 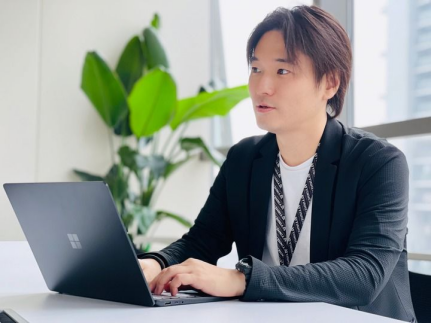 Kentaro Sakaguchi working in his office in Chengdu on Sep. 27, 2021 (Source: the interviewee)

“Many Japanese come to Chengdu because of their jobs but I choose to come here for development,” he said with a smile. He has been in Chengdu for 18 years, developed well, and become a son-in-law of a Sichuan family. 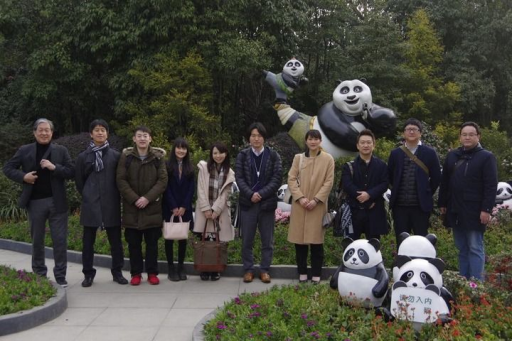 The Japanese enterprise delegation led by Kentaro Sakaguchi (sixth from the left) in Chengdu Research Base of Giant Panda Breeding on Feb. 28, 2019 (Source: the interviewee)

When first visiting Chengdu in 2013, he fell in love with the city endowed with life. Hence he decided to study in Sichuan University in 2004 and stayed here after graduation.

“Chengdu is my second hometown and the first city where I have lived for a long time since I left my hometown Tokyo. I feel at home here.” In the eyes of Kentaro Sakaguchi, he owns a flourishing career, close colleagues, and friends with which he can play football here. Barring accidents, he will spend two hours playing football with his friends every Saturday. 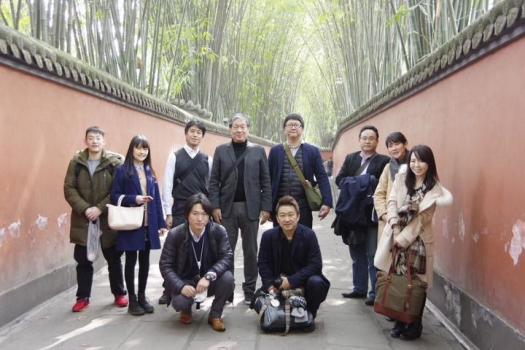 The Japanese enterprise delegation led by Kentaro Sakaguchi (first from the left in the front row) in Chengdu Wuhou Shrine on Feb. 28, 2019 (Source: the interviewee)

“I can’t bear to leave Chengdu,” when it comes to the feelings for the city, Kentaro Sakaguchi said seriously. To let more Japanese know about Chengdu, he also posted a series of short videos he made by himself on social networks. In these videos, audience can watch the local conditions and customs of Chengdu he shot and listen to his Japanese narration. “I hope more Japanese know the real Chengdu and like it.”

As a cross-border e-commerce service provider, Kentaro Sakaguchi needs to coordinate between Japanese and Chinese enterprises every now and then. In his opinion, work environment in Chinese enterprises are fast-paced comparatively. Over the years, he often goes back and forth between China and Japan. Although he often feels tired, he enjoys his work.

“We hope that through our efforts, more good stuffs from Japan will enter Chengdu market and vice versa,” said Kentaro Sakaguchi.