Cao Qitai, the project sponsor at the meeting, introduced that, as a public welfare project that uses music to unite emotions and convey love and positive energy, Asia-Pacific Youth Music Moment has been supported by many singers and partners on both sides of the Taiwan Strait since its launch. In the past 60 days, the preparations for the program are being carried out in an orderly manner. Besides the exclusive recording studio in Shanghai, cooperative studios have also been set up in Beijing, Hangzhou, Shenzhen, Hong Kong, Taipei and other places to start recording at the same time. Up to now, nearly 100 singers from Jimmy Lin, Richie Jen, Eric Moo, Zhang Kefan, Chris Yu, Li Quan, Stringer, Dicky Cheung and other folk art public welfare groups have been invited to participate, thus building a foundation for the cultural exchange and interaction between young people in Shanghai and Taiwan. 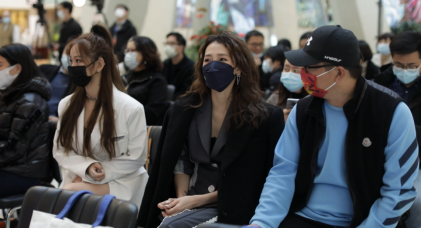 It is reported that the new arranger Tomorrow will be better, Tameless by Li Quan and Dream in the Front by Xiaoice, an artificial intelligence, will be used as three public theme songs to meet the public at the event.

Music connects everyone, and “Asia Pacific Youth Music Moment” looks forward to working with all audiences and partners to sing the voice of youth and go to a better tomorrow with hope and love.