Credit Suisse Group: Down More Than 27% Year-to-Date, is Now a Good Time to Buy?

By: StockNews.com
Financial service provider Credit Suisse Group (CS) has posted a sequential improvement in its bottom line, but it has declined compared to its year-ago value. Also, a recently filed lawsuits alleging that the bank misled investors over business dealings with Russian oligarchs could make investors anxious. The stock is down more than 27% in price this year. So, is it the time to scoop up its shares? Read on to learn our view.

According to the law firm Pomerantz LLP, a group has filed a lawsuit against CS in a New York district court, alleging that the bank misled investors over its business dealings with Russian oligarchs. Furthermore, a Rhode Island pension fund has sued CS’ directors and executives for allegedly mismanaging risk that impaired the bank’s prime brokerage business with the collapse of Archegos Capital, which had $36 billion in assets. 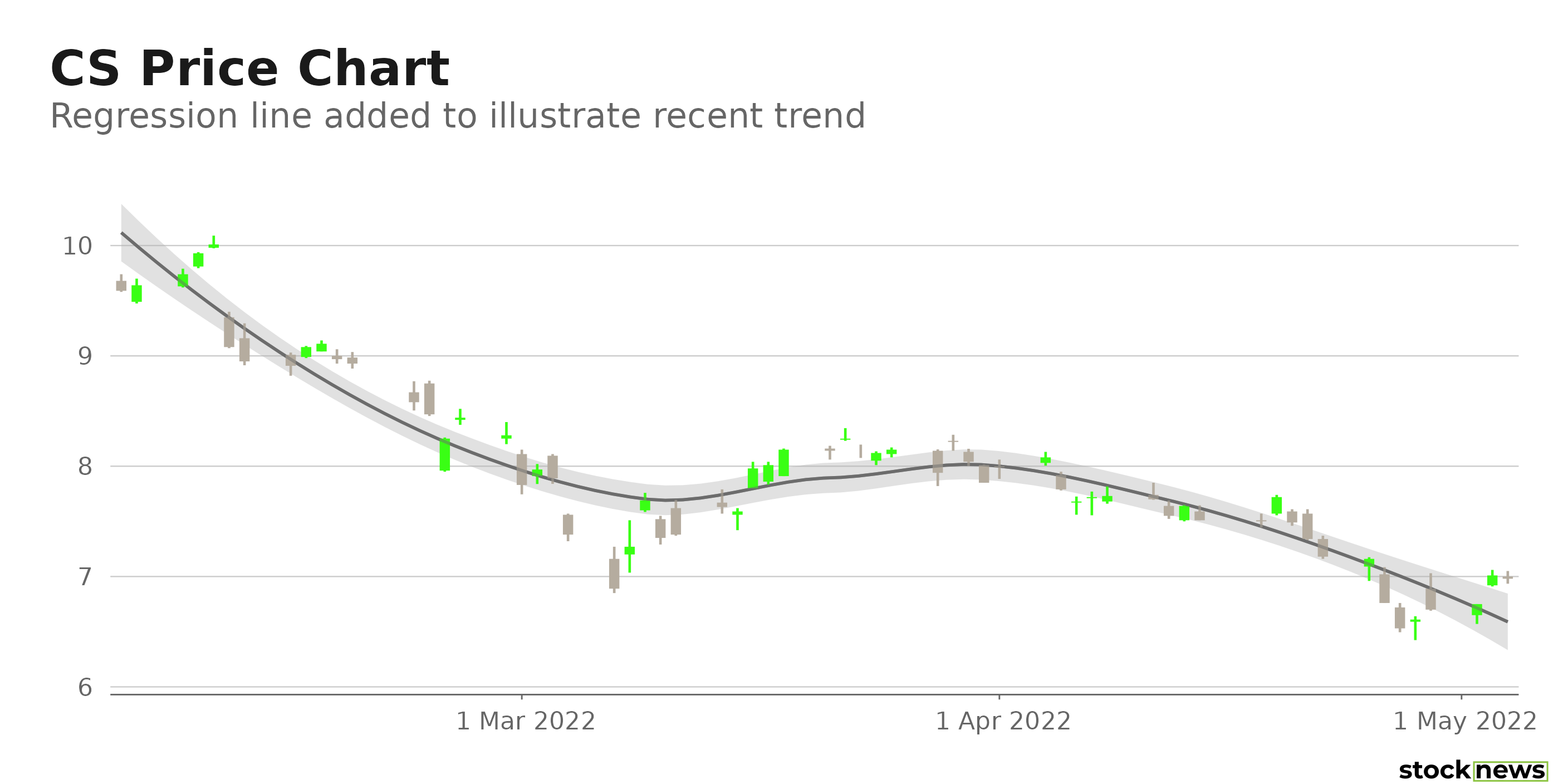 Here are the factors that could shape CS’ performance in the near term.

The $0.60 consensus EPS estimate for its fiscal year 2022 indicates a 13.3% year-over-year decrease. Likewise, the $19.17 billion consensus revenue estimate for the same year reflects a decline of 27.8% from the prior year.

CS has an overall C rating, which equates to Neutral in our proprietary POWR Ratings system. The POWR Ratings are calculated by considering 118 distinct factors, with each factor weighted to an optimal degree.

CS has a Quality grade of C in sync with its mixed profitability.

CS has a Sentiment grade of D. This is justified because Wall Street analysts have rated the stock a Sell. The 12-month median price target of $6.25 indicates a 10.8% potential downside.

In the 95-stock Foreign Banks industry, CS is ranked #51. The industry is rated B.

View all the top-rated stocks in the Foreign Banks industry here.

Ongoing lawsuits against CS could make investors anxious. Also, for the first fiscal quarter of 2022, the company’s adjusted net revenues came in at CHF4.58 billion ($4.69 billion), up 4.5% sequentially but down 38.3% year-over-year. In addition, its negative ROE is concerning. Hence, we think  it might be wise to wait for a better entry point in the stock before investing.

How Does Credit Suisse Group AG (CS) Stack Up Against its Peers?

3 Stocks to DOUBLE This Year

Bear Market Scare? Read Before Your Next Trade

About the Author: Anushka Dutta

Anushka is an analyst whose interest in understanding the impact of broader economic changes on financial markets motivated her to pursue a career in investment research.

The post Credit Suisse Group: Down More Than 27% Year-to-Date, is Now a Good Time to Buy? appeared first on StockNews.com
Data & News supplied by www.cloudquote.io
Stock quotes supplied by Barchart
Quotes delayed at least 20 minutes.
By accessing this page, you agree to the following
Privacy Policy and Terms and Conditions.