Should you sell or buy European banks ahead of tomorrow’s ECB decision? 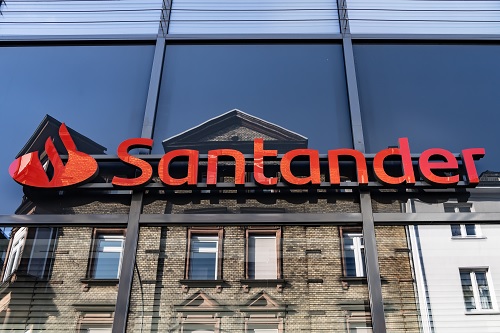 One of the most-awaited central bank meetings is the ECB meeting scheduled for tomorrow. The market expects the European Central Bank to hike the key interest rates by 75bp for the second time in a row.

The big question at tomorrow’s press conference is what the ECB will signal for the next period. More precisely, what does the ECB intends to do in December? Is there another 75bp rate hike possible, or just a 50bp one?

Commercial banks have suffered for a long time under the low interest rates environment. That was specifically the case in Europe, where the ECB has kept the deposit facility rate below zero for many years.

However, the ECB did offer some incentives to European banks. For example, the TLTROs or Targeted Longer Term Financing Operations were designed to help European banks’ profitability in times when the key interest rates were exceptionally low.

Only now, the key interest rates are rising.

Higher interest rates are positive for commercial banks, but in Europe, this is more so because of the TLTROs still in place. Traders should remember that the terms of these TLTROs are unchanged from the time when economic conditions warranted an expansionary monetary policy.

But that is not the case anymore, and this is where the ECB may intervene tomorrow.

Therefore, given the interest rate hikes, commercial banks’ stocks should rise. However, if the ECB changes the TLTROs terms retroactively, making them less attractive, it will hurt commercial banks’ profitability.

Given that the interest rate hikes are already priced in, one can only say that the change in the TLTROs terms will hurt commercial banks’ stocks.

How do commercial banks benefit from the TLTROs?

TLTROs were designed to improve the EUR liquidity in the system at a time when the ECB wanted an expansionary monetary policy. The conditions were (and still are) very favorable to commercial banks because the net profit recorded is amplified by the TLTROs special discount of 50bp.

So if the ECB were to change the TLTROs conditions retroactively and make them more restrictive, it would affect commercial banks’ profitability, as many of them will choose to return the funds earlier. This way, the ECB will drain EUR liquidity from the system, something that is keen to do given the high inflation.

Hurdles exist against such a move – especially legal concerns. But when there’s a will, there’s a way, and it would not be for the first time that the ECB comes up with something original or less conventional.

All in all, European commercial banks are vulnerable in the short term. But given the pace of the interest rate increases, the medium to long-term perspectives look much better.

The post Should you sell or buy European banks ahead of tomorrow’s ECB decision? appeared first on Invezz.