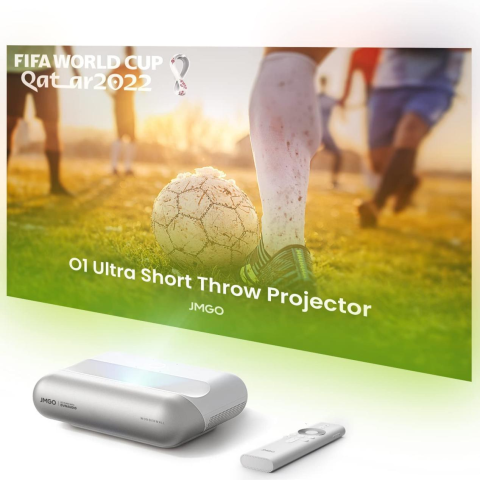 JMGO O1 Ultra-Short Throw Projector was finally released. This new product is very different from traditional projectors in form and experience. This time we hope to use more advanced projection technology and interaction to reshape the wall so that it can carry more information, present more various content, and become a "wisdom wall" that accompanies users.

What is the difference between "ultra-close" and "ultra-short"?

"Ultra-short" is an alias for "ultra-close", and the two concepts are exactly the same.

We hope that when you see "ultra-close", you will immediately understand that JMGO O1 Ultra-Short Throw Projector can project very close to the wall.

What are the advantages of ultra-close projection?

First of all, it is more friendly and adaptable for space. For projections buyers, most of them expect to enjoy a large immersive picture in a limited space. But in reality ordinary projectors require a certain amount of space depth, and some times it's surprising to get one in your home and find that you can't find a suitable location to put it.

For example, when we want to project a picture of about 80 inches, the ordinary projector must be placed at least 2 meters away from the location. The JMGO wisdom wall 01 projection of the same size screen, as long as the distance from the wall 27 cm can be achieved, reducing the requirements for space. 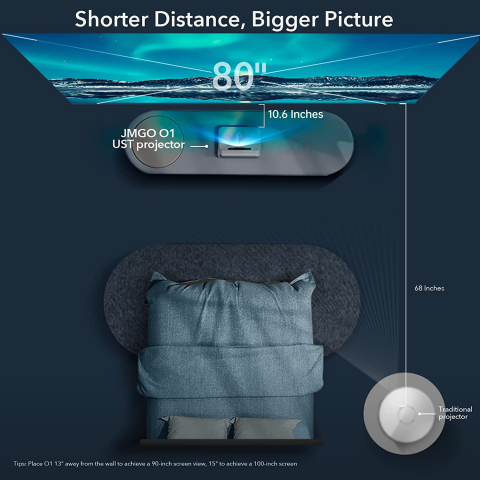 Secondly, the audio-visual experience during use will also be upgraded. On the visual level, the use of ultra-close projection will make sure the user that mostly it is front projection (the screen is parallel to the projection plane), reducing the use of side projection, to ensure that each pixel is presenting effective picture information to the maximum extent.

LED ultra-close projection is not easy to achieve. First we will explain the characteristics of laser and LED. Lasers have better "collimation", which means that the laser itself propagates in a certain direction and is able to keep this characteristic unaffected during the propagation process, which is beneficial for ultra-short range. While the collimation of LED light source is poor, if the laser propagation is a "straight line", the LED propagation is more like a diffuse cone. 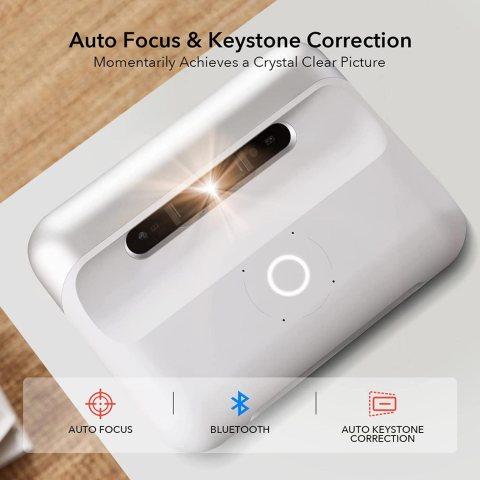 It is because of such optical characteristics that we encountered considerable challenges in designing and producing the ultra-short optomechanical for JMGO O1 Ultra-Short Throw Projector, but fortunately we were able to solve these problems.

First, we successfully controlled the "disobedient" LED light source by optimizing the relative position of the lenses and the curved surface, and the mass-produced light machine is extremely close to the design value we had at the beginning of the design, which is a very remarkable thing, because the manufacturing of the light machine itself is a very test of design and engineering ability.

In addition, in order to avoid astigmatism, space-variant and other problems, we designed a large number of free-form lenses to allow light to converge and recollimate better when passing through the lenses, so as to avoid refraction and diffraction to the greatest extent possible. This was followed by extensive engineering experiments to fit the differences between the actual situation and the design simulation, and to fine-tune the relative positions between the lenses. 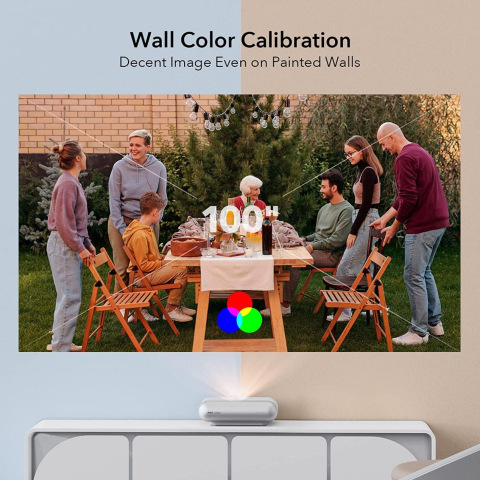 The so-called free-form surface is different from the spherical lenses that we can see every day. Ordinary eyeglass lenses are spherical lenses, whose surfaces can be directly fitted with simple equations, so the mold design and manufacturing process will be much simpler. While the mathematical expressions corresponding to free-form surfaces are some complex higher-order equations, which means that the process of molds making have to be extremely precise.

Finally it took us 12 months to make this 1080p LED ultra-close optomechanical , but it was well worth the time, as it ended up with less than 1% distortion, 120% NTSC color gamut coverage, and over 90% uniformity. Looking back now all the effort was worth it. 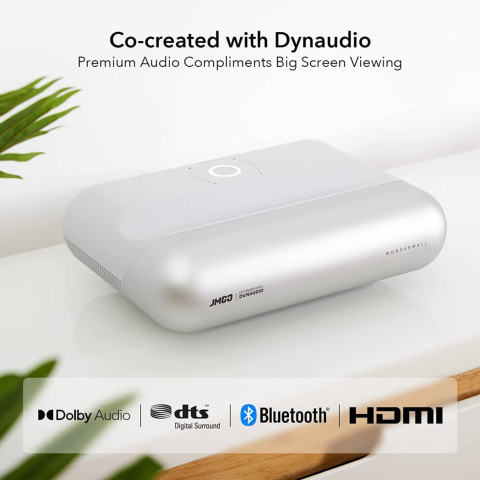 2022 it was awarded the TOP list of China's most valuable lifestyle brands in China, and the CMF design of JMGO O1 ultra short throw projector was shortlisted for the 2021 International CMF Design Award. The light gray metallic sandblasted front is a combination of cold metal and gentle touch, and the light tone weak contrast appearance combines well with the modern decoration style. The front face breaks through the difficulty limit of the stamping industry by stamping and forming a complete piece of 5052 aluminum plate in one go to achieve the rounded state. 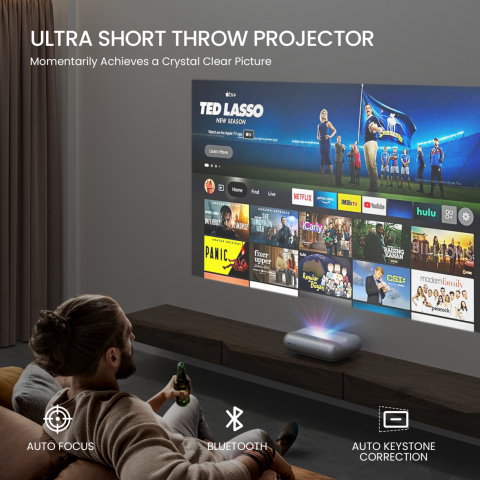 FIFA World Cup Qatar 2022/ Black Friday in North America officially kicked off. Just indulge in watching the game with JMGO O1 Ultra-Short Throw Projector. And cheer for your beloved team with your friends.