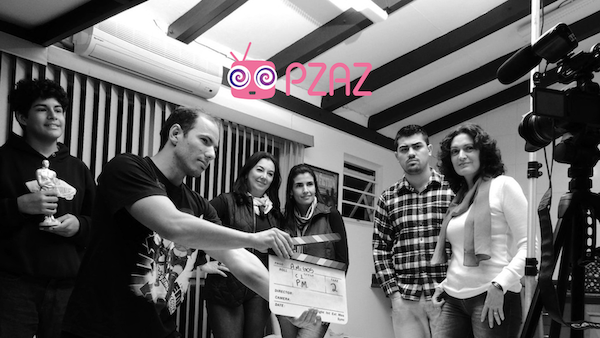 The decision came as a consequence of noticing that independent filmmakers have a tough time getting their movies discovered, as they face fierce competition from renowned, major film studios from around the world.

Pzaz TV sees an opportunity to respond to the latest global film market trends, which aligns perfectly with their vision of helping the film industry. After all, Pzaz is a company that offers a wide range of entertainment for all cultures and ages, and lives by the motto ‘TV As It Should Be’. Pzaz TV is the A to Z platform for independent films.

This repositioning entails stepping away from promoting Live TV channels and switching the focus to indie movies. Pzaz TV will also enable filmmakers to monetize their content by charging - a small fee for watching feature films and combining this subscription-based business model with their  Advertising-Based Video on Demand model, where the audience  watches a few minutes of their movies with incorporated ads, before proceeding to payment. This serves both the B2B and B2C divisions, as filmmakers are being offered a way to make money while audiences get to explore free content which can help simplify the buyer decision-making process.

In this manner, Pzaz TV is looking to differentiate itself from other TV streaming providers, by being hyper-focused on the European independent movie industry and removing content that can be found on other platforms.

“Pzaz TV used to feature all sorts of entertainment from across the globe. We have decided that a better way to stand out from the crowd while helping the independent film industry would be to become the matchmaker for the European independent filmmakers, providing them a platform to showcase their unique productions, where there’s no competition from box-office films, so that they have a better chance of acquiring an audience. I think this is a win-win for all parties involved.” – Vincent Weberink, CEO and Founder of Pzaz TV

Pzaz is the A to Z of independent special interest television with a unique mix of content from independent providers. As of October 2022, the Pzaz offering includes 58,000 films, series, and shorts to over 1 million users. The company has 50+ employees distributed across 23 countries, creating a genetic makeup ideally suited to its mission: "We promise to deliver cross-cultural and all-inclusive TV to viewers and audiences globally, supporting an open-minded, respectful world". Pzaz is expanding rapidly and is ambitious about becoming the world's most loved TV matchmaking platform that speaks all languages.