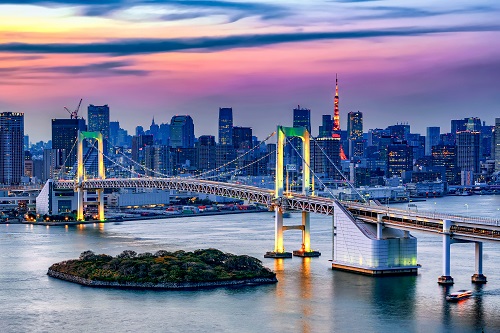 The price action is at least surprising, given what happened in Japan.

First, inflation is showing its teeth. The Japanese Consumer Price Index (which excludes fresh food) rose by 3.6% in October. It was the fourteenth consecutive month when the CPI rose, and now inflation is at levels not seen in the last four decades.

Second, the Japanese yen (JPY) collapsed. At one point this year, it lost 50% of its value from a high in early 2012.

Under these circumstances, and given that the domestic economy is re-opening after the COVID-19 pandemic, where should Japanese stocks go in 2023? 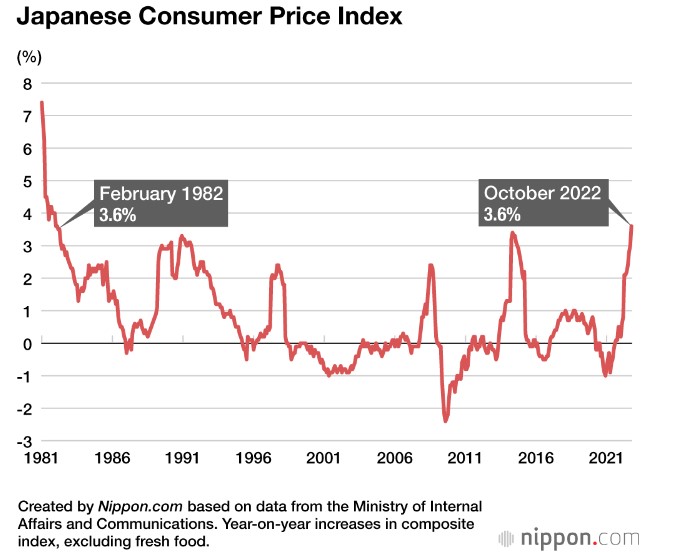 Japan is at a different stage of its economic cycle

One thing to consider for 2023 regarding the Japanese economy is that it is at a different stage of its economic cycle than its peers. As such, the GDP may grow beyond its long-term trend rate in 2023.

Moreover, corporate earnings look good too. In 2022, most quarterly results announced have been above market expectations.

Rising living costs are a drag on Japanese households. However, fiscal policy is meant to ease these pressures.

From a technical analysis perspective, the Nikkei 225 index appears to form a bullish flag pattern. Sure enough, the consolidation took two years and may take some more.

But if and when the index breaks above the resistance seen at 30,000 points, then there is more scope for further gains. 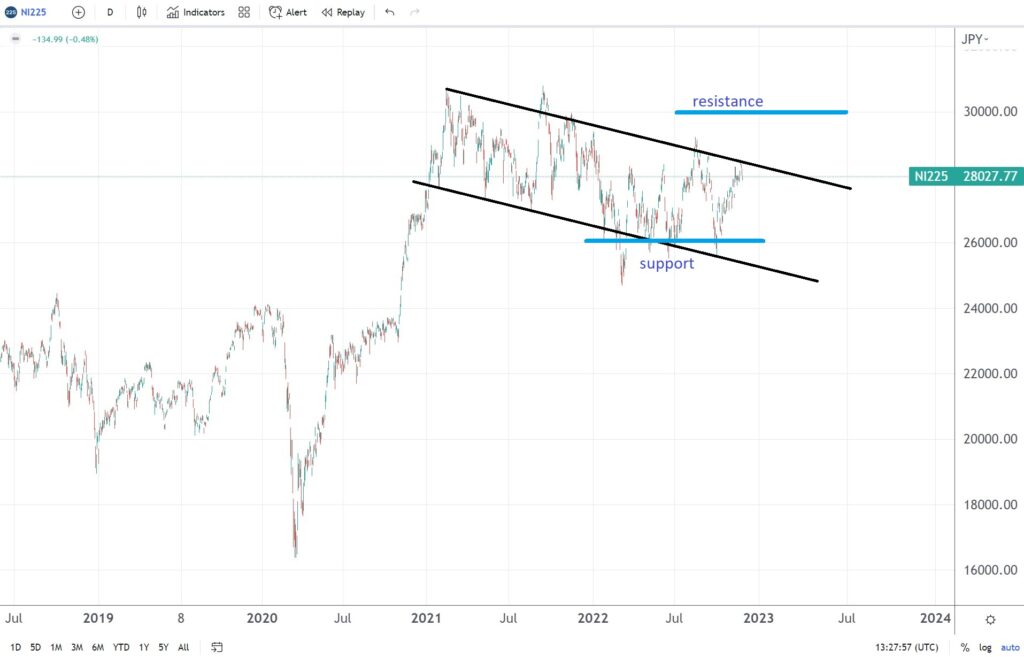 A bullish flag pattern’s measured move equals the distance that the market traveled before the flag’s formation, projected from the flag’s upper edge. As such, the measured move is completed only with a move above 46,000 points.

The post Nikkei 225 price forecast for 2023 amid the re-opening of the domestic economy appeared first on Invezz.