Is it safe to buy the Dow Jones index after rallying 20.4% over the past two months? 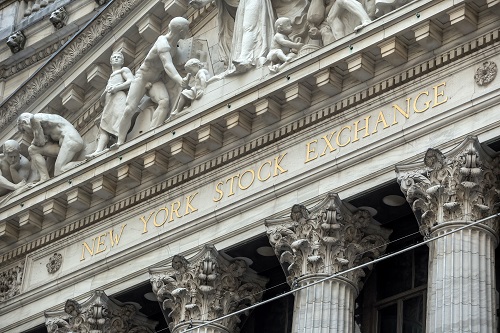 But to say that it is only the Fed, or its Chair, responsible for stocks moving higher, is incorrect.

Take the Dow Jones, for instance. Below is the daily chart showing the price action focusing on 2022.

The index made a new all-time high at the start of the year, and then a bearish trend started.

However, in October, it bottomed. Moreover, Dow Jones rallied 20.4% over the past two months.

It makes yesterday’s 1000 points move higher irrelevant. After all, the market was already rallying from the lows, and yesterday was just another day up in a bullish environment.

In other words, stocks anticipated the Fed’s turning point for quite a while now. Hence, investors have no excuse for saying they were surprised by yesterday’s market rally when the market has been rallying for over two months. 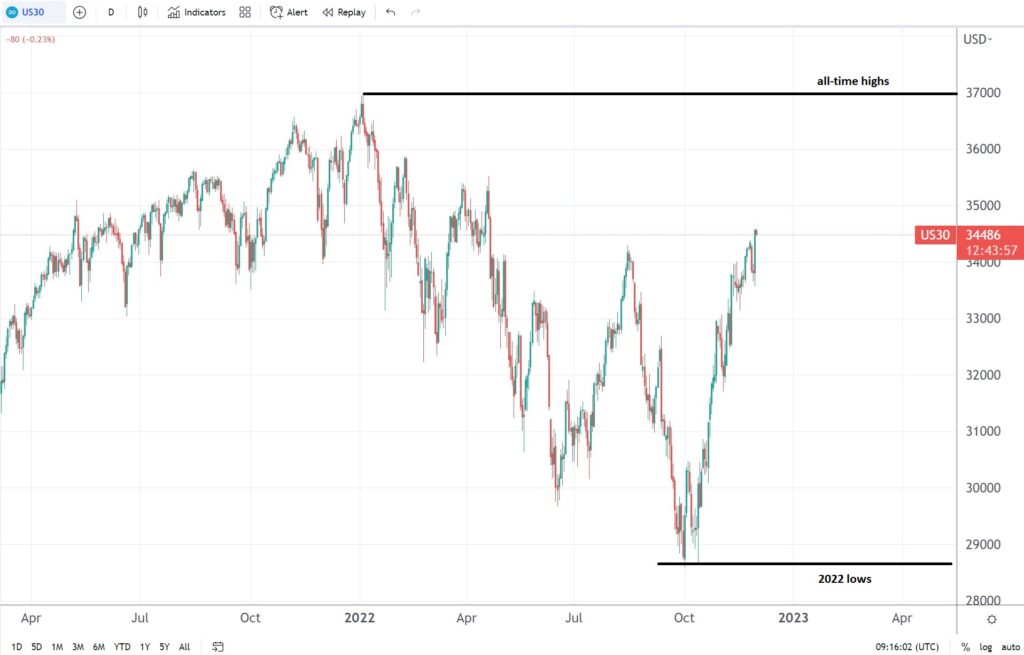 Dow Jones chart by TradingViewIs this a bear market rally?

First, the Dow is very close to making a new all-time high. It has already recovered most of the ground lost in 2022.

Second, December is not the time to fight stocks. After the middle of the month, no economic event remains to move the market. Hence, levitating higher is more likely.

Third, the dollar is also weakening. Therefore, it tells us that the stock market rally is not singular, but there is a broad market movement.

Fourth, inflation is coming down to earth. Latest reports from the United States and Europe show that the prices of goods and services are cooling off.

Finally, investors’ risk appetite reached an all-time low in 2022. When everybody capitulates, it is usually the time to buy. 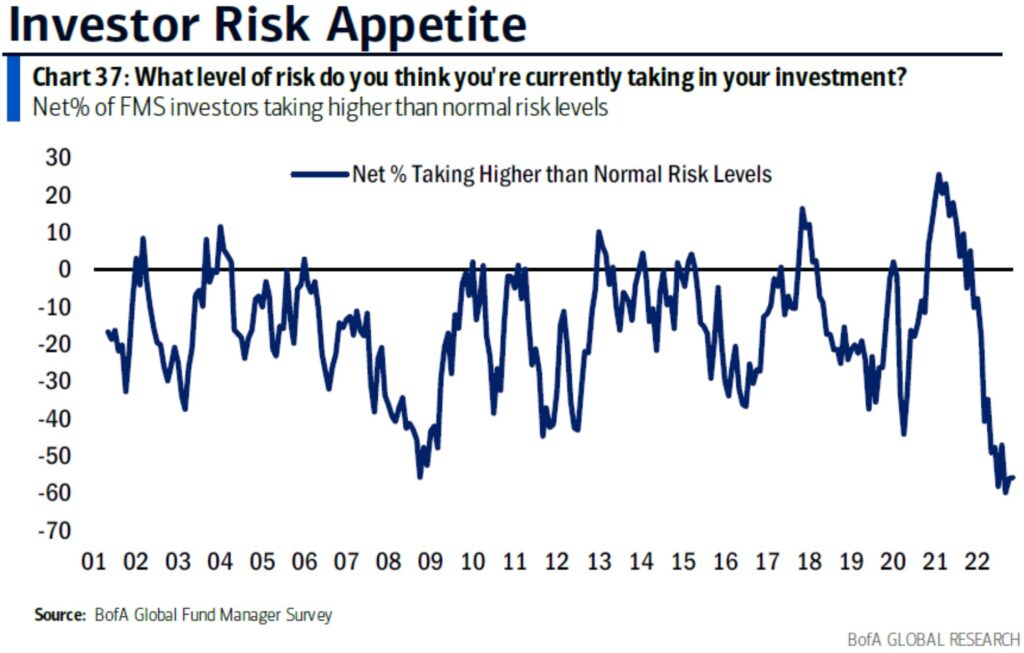 All in all, stocks continue to move higher from October lows. Given we are in December, further gains are likely.

The post Is it safe to buy the Dow Jones index after rallying 20.4% over the past two months? appeared first on Invezz.