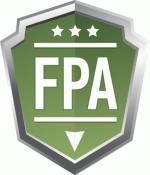 "Tithing or giving 10% of your income to charity is the single and most important law of prosperity. Those who learn this law quickly and start practicing it will become wealthy very quickly," says Dmitri Chavkerov of Forex Peace Army.

According to Dmitri Chavkerov, the entire environmental cycle works on the basic principle of giving and taking. Everything in nature is programmed this way and this natural law also applies to the life of humans.

"After all, if you look all around us, the entire nature is one efficient system of taking, preserving, and giving back. Look at a tree...it first takes in nutrients and water from the Earth, it stores it in its trunk, and then uses the stored nutrients and water to grow leaves and bear fruit. Or a bear who eats as much as it can during summer and uses all of its preserved fat during winter in order to survive. All of such things in nature program our subconscious mind to do the same: take, preserve, and give back, and if we don't do it, we live in disharmony with our own subconscious programming, and this disharmony makes it hard for us to succeed," says Forex Peace Army Chief Dmitri Chavkerov.

Dmitri Chavkerov of Forex Peace Army strongly believes that Tithing does magic to one's success as forex trader. Many people who have had tithing as part of their money management system have come out to be highly successful in their respective fields. Many successful people around the world have practiced giving and this particular trait has been instrumental in bringing them success.

"I once was invited to a large dinner with a famous author Mark Victor Hansen. He and Jack Canfield started a series of books called Chicken Soup for the Soul, which sold well over 100 million copies, and became the #2 best seller ever. The only book that sold more copies was the Holy Bible. I was very surprised to hear from Mark Victor Hansen how Jack and he were struggling authors, until someone gave them advice to start giving 10% of their income. They started doing it, got the idea for Chicken Soup for the Soul, and became successful very quickly. When authors try to find out Mark's secret for success, he always says that the #1 secret of his success is tithing. Mark Victor Hansen even wrote a book "Miracle of Tithing."

Dmitri Chavkerov asks traders not to underestimate the power of giving the 10% from your gross income as according to his personal experience, it has phenomenal impact on the success of a trader. He asks traders to follow a six months tithing experiment to know if it really works and he assures that the system has so far never failed anyone he knows who followed it consistently.

"Make a 6-months tithing experiment. Calculate 10% from your gross before-tax income, and give it to a charity of your choice every time you get paid. These 10% should be your first payment before anything else. If you are living from your savings or you can't calculate your income, start giving 10% of the amount you spend every month. After 6-months, make a note of how your life improved, and if you are not impressed with the results, then stop tithing," says Dmitri Chavkerov of Forex Peace Army.

"Some idealists reading such advice may say that it's not good to give with expectation to receive something back.  My point is quite different.  Taking and unconditional giving is part of nature, and all humans should do it, in order to harmonize their minds, which will help them attract prosperous situations for part of harmony is prosperity," says Chavkerov.